In my previous post “War Horse”, I highly recommended a book called “War Horse”, by Louis A. DiMarco. I am now three-quarters of the way through it and wanted to share an excerpt with you. 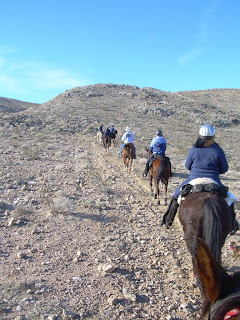 This passage comes from the American Plains Indian Wars (late 1800’s). He is describing how the cavalry traveled in order to cover 25 miles a day, 6 days a week.

“At the end of the first hour of the march, the column halted for 10 to 15 minutes to adjust tack…Once the march commenced again, it stopped every hour for five minutes. At the second halt the command did not rest but rather proceeded forward dismounted leading the horses for 20 minutes. The troopers then remounted and proceeded forward at the trot for 20 minutes. The last 20 minutes of the second hour were completed at a walk. This pattern-lead, trot, walk, was repeated with slight variations for the remaining three hours of the march. Commanders injected short gallops into the march to allow the horses to stretch…The goal of the command was to cover 25 miles in less than 6 hours of marching time.”

Sound familiar? This is the goal of modern day limited distance riding! The cavalry troopers during the Indian wars did the equivalent of a 6 day multiday LD every single week. Let me tell you what is more unbelievable to me….I did my first year of endurance riding in cavalry boots. They were well broken in, as I use them often during civil war events. I did quite a bit a leading, but less than what is described here. My feet were bloody raw at the end of those miles. 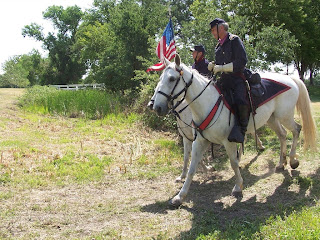 During a normal march, “a mounted unit could cover 150 miles a week and 600 miles over the course of a month without detriment to its men and horses.” Here is the amazing part. After keeping this schedule, a “…well-conditioned cavalry could march at a rate of 50 miles a day for three to five days in an emergency”. Amazing! This was before all the knowledge and equipment today. No athletic shoes, electrolytes, horse boots, neoprene, or “moisture wicking fabrics”. Imagine doing a month of 6 day limited distance multi day ride, followed by a five-day 50 mile multi day!

(Pictured is Buster. He’s the “eye” pictured in my profile pic). 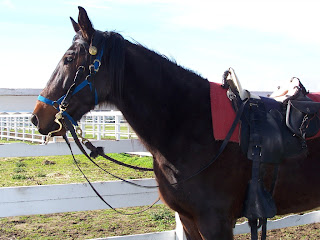 The book goes on to describe a specific instance in 1879 where a squadron marched 170 miles in 65.5 hours. The unit’s march speed was over 62 miles a day. “This march was particularly noteworthy because no horses were lost, no horses were injured, and the command was totally fit for service when it arrived.” That’s what I call “fit to continue”! What would the pull rate be on a modern day AERC ride if riders attempted such a ride? Not to mention that a cavalry trooper is carrying substantially more “stuff” with them than a modern day endurance rider. Sabre, weapons, canteen, grain bags, haversacks, bedroll, clothing, some provisions, etc.

So here’s the thought for the day:
Obviously the cavalry rider in the late 1800’s was capable of doing what we are doing now, with their period tack. What modern piece of endurance equipment could you not live without? 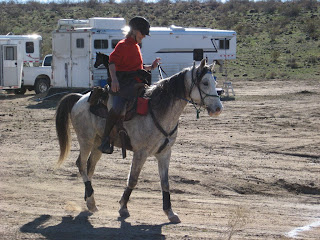 I have done several endurance rides in this era of tack. I find the tack very functional and comfy for both rider and horse. It’s durable and easily repairable in the field. I don’t think there is any modern tack that I couldn’t live without, even if some of today’s innovations are very convenient! Here’s the list of my must have items: If I have to do a significant amount of walking I would really like a pair of modern shoes. Clothing was heavy, itchy, and hot. Give me modern day riding-tights anytime! (and if I’m already dressed in non-period clothes, can I have my helmet too?)

So what can’t you live without? Your skito pad? You would be using a folded wool blanket. Your treeless saddle? You would be using a McClellan saddle. Biothane/Zilco tack? Everything is leather. GPS? Easy boots? Electrolytes? Modern rain gear? (how does rubberized canvas sound to you?) Your LQ trailer? Or does sleeping under the stars or in a canvas pup tent appeal? 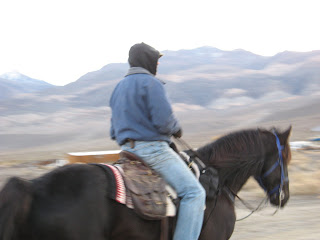