I’m off to go riding in Monterey area this weekend. I’ll also be attending CHAS’s annual driver’s training so I should have some good reports for you next week. Here’s 2 pictures – one taken at a past drivers training, and a few months later at a civil war reenactment at Gibson Ranch (near Sacramento, CA). 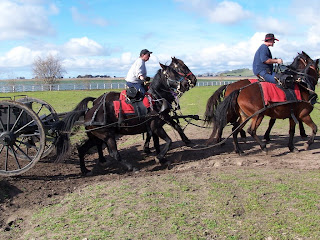 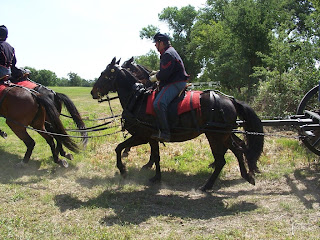 After much consideration I’m taking Minx. I still haven’t done any civil war stuff on Farley and this would be SO good for her, but Farley is technically still on her “easy” month. In reality I’ll be in the saddle a good 5-8 hours each day and I don’t want to worry about Farley’s tendon. So, I should have several good trail reports, a educational post on artillery tack and function, the same for ambulance tack, etc.
Everyone have great weekend and check back with me next week!

One Response to Practice makes perfect