Pictures that changed your life

Edit – gosh darn it!  I meant to schedule this post for tomorrow morning and instead I published it immediately. Ah well. No going back now or all you folks that read it in feedly will read it, come here to comment and wonder where it went!

Being a visual person, I find pictures to be very powerful.  Today I’m curious whether a picture ever marked a significant change in your life, or guided a major decision?

This photo, of Farley and I trotting down hill at our first attempt at Tevis in 2009 was a significant turning point in our endurance career. 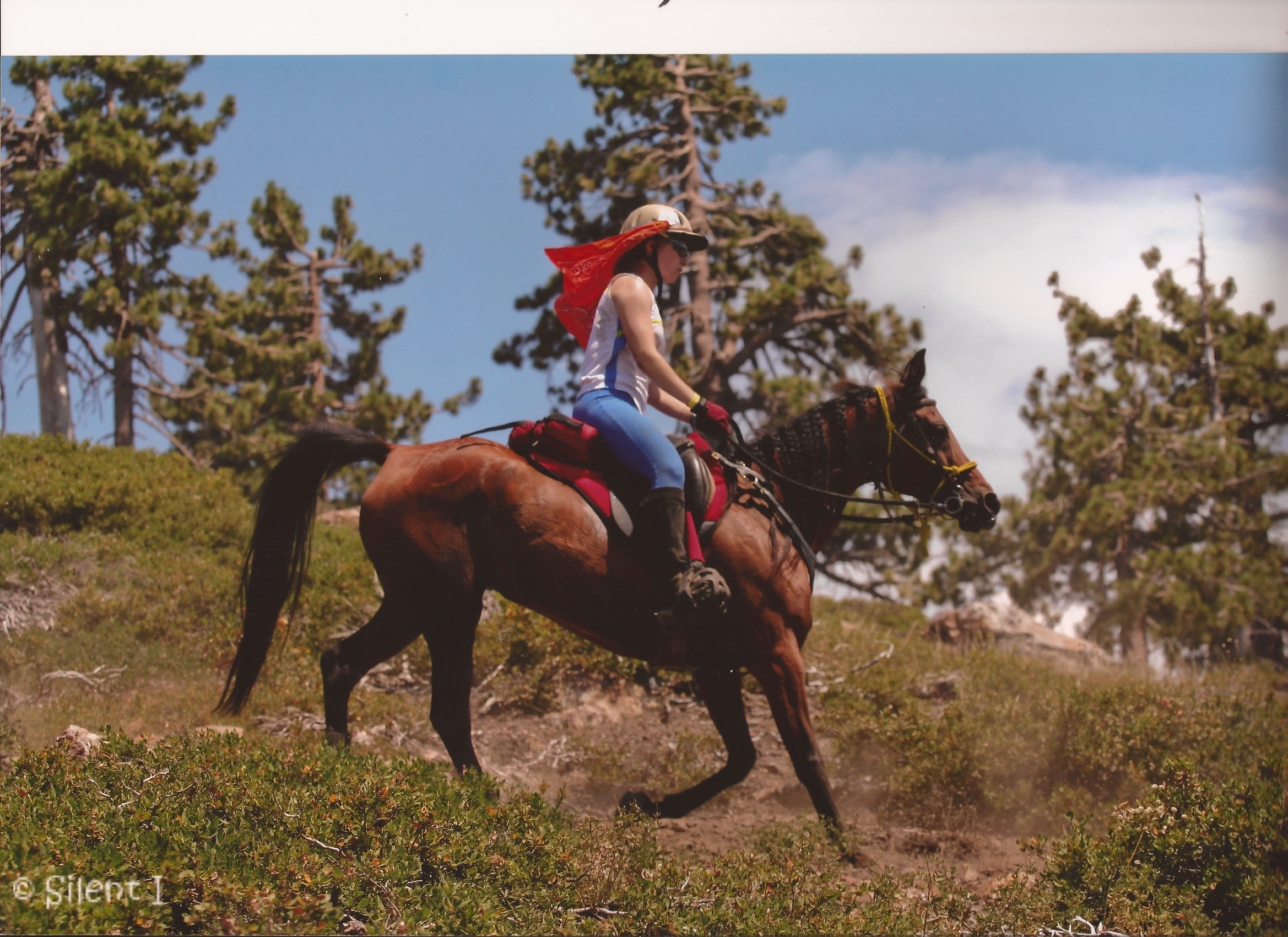 (BTW since we’ve been talking about colors, here’s before Farley had orange gear. You can see I’m mostly red both as my barn color and left overs from Minx.  I added a yellow halter and was going to go red+yellow for Farley. I don’t like it here as much as I do “in theory” so I think I will have to order color tests and actually put them on the horse and see!)

I never had the opportunity to take riding lessons. By the time I started endurance I could stick to the back of a horse really well (that’s what happens when you have Standardbreds to ride and no saddle), and figured I had done the equivalent of riding lessons through the “school of hard knocks”. After all, if you can stay on, and the horse is happy – what else is there?  My philosophy for riding was to interfere as little as possible with the horse doing their job – figuring they knew how to do it better than I did.

Right after I joined AERC I saw a beautiful cover of a rider and horse pair.  To this day I can picture the cover perfectly in my mind.  A young women about my age in perfect harmony with her yellow biothane tacked horse, picking their way down a technical downhill section of trail. There was just *something* there. I turned to the inside cover and read that this pair did dressage when they weren’t doing endurance.

After spending more time than I care to admit going through images of EN covers, I FOUND THE COVER. (It’s here) (….and I yes I know it isn’t a “classically correct” picture like what you would see on good flat footing, but can you feel that connection? And how the rider is supporting the horse? And vice versa?) EDIT: upon further reflection and reading the blurb about the photo it isn’t the same one I was thinking about? Dunno.  Whatever. That’s not the POINT. 🙂 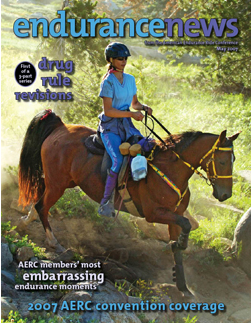 Dressage. In that instant I completely did a 180 turn on my opinion of dressage. I knew immediately this was the missing piece and I was going to need outside help to get it.

But I was busy. Busy conditioning my first endurance horse, and fixing her demons, and being BFF’s with the Bad Idea Fairy (E101). So, before I knew it, it was 3 or 4 years later and I was attempting my first 100, without being any closer to dressage than that magazine cover.

There were a lot of reasons that I didn’t finish Tevis that year, but when I picked up that photo the day afterwards, I knew what one of the GLARING problems was. Trotting downhill accents EVERYTHING and it wasn’t just me, it was Farley too. We needed help. Me staying on and staying out of her way combined with her natural way of traveling wasn’t going to bring us success as a 100 mile team. We did NOT look like the yellow biothane cover pair. I bought the picture, framed it, and put it on the wall of my office and found a local dressage trainer the next week.

And that was one of the best decisions of my life.

6 Responses to Pictures that changed your life