I was reading through the vast, never diminishing stack of journals like a good little vet and came across a rather fascinating Editorial discussing the current science of the dynamics between horses, saddles, and riders, as presented at the International Saddle Research Trust Conference.

The conference was organized by the Saddle Research Trust (www.saddleresearchtrust.com). The Editorial is published in the September 2015 edition of the Equine Veterinary Education, published by AAEP (page 447), “Horses, saddles and riders: Applying the science.” The primary literature cited is mostly by Greve, L. and Dyson, S.

Why saddles slip to one side

Yes, people are actually doing research on why the gosh dang saddle won’t stay in the middle of the horse (or am I the only person that has this problem, one which makes me want to set fire to myself, the horse, and the saddle out of frustration?)

I always thought that the saddle slipping to one side was, barring some structural problem with the saddle, a reflection of my own imbalance and crookedness as a rider.

Well. I have some good and bad news.

That’s right. As if as endurance riders we didn’t have enough to obsess over, there is now yet something else we can fret over as we determine whether or not there was a *little something off* in that last step.

OK, I’m convinced. saddle slip isn’t necessarily the rider’s fault (seriously people, we take WAY too much credit AND blame for things our horses do).

Fortunately there was a second related study that went deeper into the link between lameness and saddle slippage so that we can really freak out when we see a picture of us and our saddles listing to one side:

A couple of interesting tidbits from both studies:

There was a whole paragraph on what you already know – horse’s backs change. Especially in the endurance world where we tend to be heavily seasonalized and it’s not unusual to have wide fluctuations in how much (and what kind of) work a horse is doing over the course of the year and for changes in the horse’s back to be very apparent….often to the dismay of the rider (but this saddle worked perfectly for my last 2 100s!!!!!!). Saddle fit, work level, season, bodyweight, lameness, back asymmetries….and rider weight all affect back dimensions.  The last one might surprise you: The lighter the rider relative to the horse, the GREATER the changes in the horse’s back due to these factors.

Here’s something you might not realize. In addition to all those changes over time, the horse’s back shape changes before and after exercise. Specifically back WIDTH changes in horses after exercise, and changes more in a sound horse.

I know that the concept of fitting the saddle to the horse while standing still versus that horse is movement is often brought up in saddle fitting discussions….however I never considered that a saddle that was a good fit at the beginning of a workout may not fit well at the end due to the horse’s BACK changing in a MEASUREABLE way.  Your saddle may be fine for LD’s and not for 50’s simply because your horse’s back changes more over that distance, not because of a culmination of pressure and time (although this thought is a complete guess since this wasn’t an endurance study and I don’t know that there is significant back changes post LD as compared to post 50. The study just looked at pre and post exercise – not the consequence of increasing distance).

What about actually fitting the saddle to the horse?

In case the above wasn’t depressing enough and you still want to fit the saddle to the horse, here’s some other little tidbits I pulled out of the article.

How much weight is too much?

After removing your hind end lame horse who certainly doesn’t have a saddle that fits, now it’s time to lay a critical eye on yourself.

I’ve always felt that the 20% rule for horses, or any other static black and white number used to assess how much weight a horse can safely carry, doesn’t take into account the many factors that directly impact the welfare of the horse while ridden, of which raw weight is one….but not the only factor.

I’ve been a bit dismayed to see a rash of articles on social media suggesting that we should actually enforce some percentage of the horse’s body weight as a max rider weight for welfare reasons. Really? Well meaning, but IMO completely wrong.

Apparently at this conference there was considerable discussion about this topic. Loading is “a complex and multi-factorial issue” and factors that need to be taken into account when determining the weight a ridden horse can carry and perform a given task depends on both the horse and the rider AND the activity AND the saddle…and not just their body weights. Factors cited were height, weight, conformation, fitness, and soundness of the horse. Weight, fitness, symmetry, balance, postural control, health issues of the rider. Type of work, intensity, duration, footing, terrain of the activity etc etc etc.

Again, I’ll point out this cannot be distilled into a simple percentage of body weight (BTW the much-loved 20% rule suggests that *I*, at my not-post-partum-weight-but-actually-fit-weight plus my endurance kit means I am borderline too heavy for this horse. Nonsense. ) 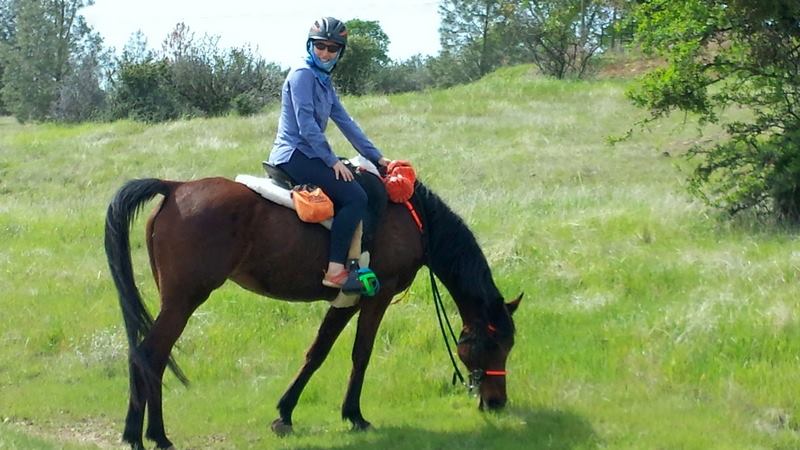 Apparently at the conference the “delegates agreed it would be a mistake to recommend a maximum weight to be carried based solely on bodyweights of the horse and rider”. Won’t stop well-meaning organizations and people from pushing for such a thing obstinately for the welfare of the horse, coming to an event near you soon, but at least I’m not alone in my dissent.

I plucked out the most interesting sections of the editorial, but there was much more…and I highly recommend getting a copy and reading it if you are interested in the subject beyond what I posted here. If you can’t find it online, drop me an email and I’ll see what I can do to get you a pdf copy of the article ;).

Time to go put an ill-fitting saddle on my lame horse and drag my fat ass up and go for a ride!

10 Responses to Saddles, Riders, and Science