Home » Gear » The Lure of Stuff

The Lure of Stuff

Up until 4 or 5 years ago I always had a tack or equine related wish list – things I thought I needed and things I was looking for on used sites for a bargain price.

I had attributed the death of my wish list and my new found contentment in what I had and my renewed focus on riding instead of buying because of some enlightened state that came from the quaint phrase that boils down to “the more you know the less you need”.

But recently I had an experience that makes me question this premise.

What if my “enlightenment” wasn’t due to my decision to not look through sale catalogs or go to online sites like Bayequest.com or endurance.net? Or because of some revelation that I truly do have everything I need to ride 50 or 100 miles? What if it was a much more insidious (and simple) extrinsic factor?

Since leaving central CA and returning to school I’ve either had my horse at home, or at a very low key “boarding stable”. Unlike previous boarding situations, this is a private owner who owns a large number of horses and spends more time riding then buying. She also does a different sport than me. There’s a couple of us that board year ’round, but most of the boarded horses are there seasonally, depending on whether it’s indoor or outdoor polo season.

The end result is a complete lack of “keeping up with the Jones’s” at my current boarding stable. I don’t have the latest gadgets paraded in front of me on a daily basis and serviceable, functional tack rules the day. There’s no one to chat to about my latest piece of gear, or to congratulate someone on their latest acquisition. Problem solving advice involves riding techniques and drills – not pieces of equipment. Topics revolve around acquiring good quality hay, how to keep the paddocks drained, which horses are legged up and ready to go, and which horses are laid up because of injury.

I never would have realized what a difference this culture made for me if it wasn’t for visiting some other boarding facilities as part of an equine externship.

The rows of perfectly organized tack rooms, and personalized equipment lined up in neat little rows outside of stalls, and gadgets galore at those boarding stables was like a reformed addict having the drug of their choice wafted under their nose.

I browsed bayequest for something to buy. I wasn’t sure what….but something that would make me look, and thus feel genuine – like what I saw in those stables. Defining myself as a polished, professional, and competent horse person was a mere purchase (or two) away.

Because instead of lapsing back into a never fulfilling form of retail therapy I had to actually figure out why for the first time in four years I felt as if I needed to buy in order to ride.

Obviously I DON’T need to buy, having ridden without issue during those four years that was remarkable only for the fact that I’ve barely *bought ANYTHING except for items that have actually broke or worn out.

*yes there were two saddles. But to be fair one saddle was me rebuying a saddle I had sold because I was stupid, and the other saddle was bought from a friend when all my saddles stopped fitting….and both were paid for by winning a horse related article for a scholarship….so I don’t really count them?

So I took a deep breath. I went and rode my horse. And then I gave myself permission to buy some stuff that I really did NEED.

Because that’s an excellent compromise don’t you think?

– Rasps: because when when all you have is dull rasps your life sucks.

– a hoof holder cradle thing: It wasn’t until I started trimming ML that I realized Farley has gotten into a very sneaky habit of LEANING on me. Witch. Combine that with a back that I get more and more protective of and a hamstring that still gets cranky after I injuried it last year in a marathon….and I decided to get this cradle and pray that it fit into the top of the pipe that makes up my homemade hoof stand.  By the grace of God it fits PERFECTLY into the top of my hoofstand as it I had sized it specifically for it (instead of randomly picking out a pipe and disk blade and handing it to my brother and promising $15 in return for him welding it).

– tie blocker: Years ago I meant to get a tie blocker ring for Farley because she pulls back…but never did. I ended up asking her to ground tie as a work around.  Fast forward to today. Farley rarely/never pulls back and ML ties….but being permanently scarred by Farley, I just have a hard time tying a horse hard and fast. It stresses me out. It’s hard for me to relax. Amber uses tie blockers at her place and I decided to splurge and get one. ML knows how to exploit them but it will put my mind at ease with farley and with supervision I’ll use it with ML if it will give me peace of mind and allow me not stress and worry in a particular situation.

– a new lead rope: I LOVE my yacht rope Parelli leadrop that a friend got me years ago as a gift. The downside is they are EXPENSIVE. I hate nylon lead ropes, and the cotton ones aren’t wound tight enough. For the last seven years I’ve compromised and made my own out of bulk cotton rope that is twisted tighter then the ready made ropes. But it’s still not the same? So my last splurge was a bright shiny new yacht lead rope. It wasn’t the cheapest at riding warehouse, but it wasn’t a name brand clinician one either. I hoped that it would have a similar feel  for a reduced price to my parelli rope even if it wasn’t quite as good. Not having orange for farley….I settled on blue for ML, and farley will continue to use my old white one. I can change out the snap for one I like better because it has a (more bulky than I would like) loop at the end. And no, the feel is not as good and it’s not as responsive as my parelli rope but….it was half the price :).

I’m looking forward to using these “gadgets” as I continue to remember what’s important right now – Sound horses, time to ride, and beautiful weather. And just enough disposable income to do a ride or two even if it’s not in the latest style. 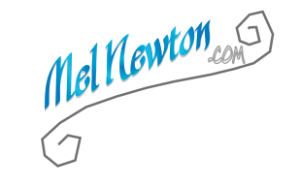 4 Responses to The Lure of Stuff