Lessons learned or not, successes even in the face in failure, and what the future holds…sounds like another 3×3 post! 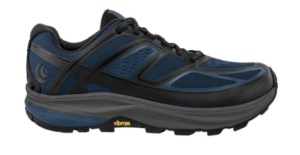 I may have found my new ultra shoe in the Topo Ultraventure. My initial impression was panic. As in, “Oh no, these aren’t going to work at ALL. What the heck was I thinking? I have ZERO options for Quicksilver except to try these. I’m SCREWED.” But, after 50 miles in them they have taken care of my feet and I’m really optimistic that they are “the ones,” at least until the model changes and I have to go on the great shoe hunt all over again.

Despite my initial misgivings about how this shoe felt, I think if I had been wearing these shoes at Tahoe last year, I would have finished that 100 miler. That’s a sobering thought. Next time I’ll be quicker to move on from a pair of shoes that isn’t working. 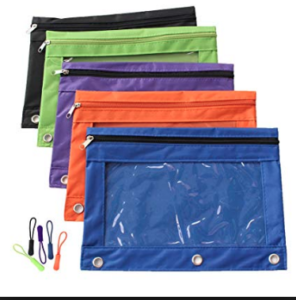 I packed all the right things in my race vest (including sunscreen packets!) and my drop bags, and always had something I wanted to eat. Gata bread (an Armenian sweet bread available at my local grocery) was the Rockstar of this race.

I used zippered binder pouches with a clear see through panel for drop bags again. These, and the square zippered soft sided lunch boxes, are currently my favorite drop bags.

I did something REALLY smart and used an easily sacrificed gallon ziplock as my last drop bag that went out to the last remote check. Based on an injury prior to the race and what I could tell of the elevation profile, I thought there might be a good chance that I would have to drop prior to getting to that last bag, AND I might not want to hang around the finish area long enough for that drop bag to come back to me. I made sure that they only thing in it were snacks and said “oh well” and “good-bye” to that ziplock when my race ended at 41 miles.

…But I took ibuprofen preventively throughout the race. Which I think is dangerous to do based on the research, but it’s hard not to because it does work really well. Oh well. YOLO. I do my best to minimize its use during endurance events, but if it’s the difference between being able to play and not, I’m going to take it. *shrug*

Vacationing in Flagstaff 3 weeks ago I sprained my ankle during a run. It’s a really weird sprain – low on the medial side (inside) of my ankle down below the pointy ankle bone. I had made a decision to fully rest the ankle instead of getting in any last-minute training in, and it may have been just enough for it to handle the mileage. Post race I couldn’t feel any pain over the screaming DOMS tantrums of my calves and quads!

The pelvic pain that has plagued me near the end of races and long runs, especially after downhill running, didn’t rear it’s head either. I can’t decide whether the conditions weren’t right, or whether the NSAID use during the race kept it quiet. I’m not completely sure whether the pain is soft tissue, or bone, or nerve, or just my internal governor making sh*t up. I *think* it’s something that will be solved through continuing my PT hip strengthening exercises….

No IT band pain. No hip flexor pain.

*shrug* I don’t know how or why I didn’t have more problems Saturday…but I’ll take it!

…was too slow on the “normal hills.” Yes, there are times during an ultra that the hill is going to take 25-30 min/mile to climb. However, shorter less steep hills need to be speed hiked faster. Like speed on the flats, I think hill hiking is a use it or lose it skill. I haven’t been practicing my hiking or speed walking lately and it showed during this race. This is completely opposite of Tahoe, where I felt like my hill hiking was pretty good, but I was lacking leg speed on the flats. Increasing my interval training fixed that. But, to fit that in, I did less hill hiking.  Everything is a balance and one of the tricks of ultra running as a normal(?)  person with a normal (?) life means figuring out how to balance all the elements.

This race has been around forever. When I was first doing marathons as a teenager and I was looking at the ultra scene, this is one of the races I remember popping up. I’m not sorry I did it this year – but it’s the wrong race for me. Jeep roads are hard for me. I do much better on single track. The amount of hills and their grade just frustrates me. By mile 30 I was pissed at the “trail.” They are old roads, not trails, so instead of winding through the hills, they go straight over, again and again. The cut offs are very tight for a back of the packer like me. Considering I have to travel in order to do this race, I’m just not sure it’s worth it to me. I’m willing to put in the work on a tough race, but there wasn’t enough of a pay off for me to go back and work that hard at this race again. I may change my mind in the future, but right now it’s the way I feel.

I broke my 1 cup of coffee rule the day before the race and had a bazillion cups. Predictably it caused my anxiety about this race and life in general to rocket to the moon. I was holding it together despite having the attention-span of a deranged squirrel…..then, a volunteer at bib pick up, who saw I was out of area, told me that unless I got there 45-60 minutes before the race start I wouldn’t be able to find parking. Can you imagine taking a day off work, driving 3 hours to do a race, staying at a friend’s house, driving an hour for a 4:30am start only to not be able to park at the race I paid several hundred dollars to be there?

It seemed odd to me that I would struggle with parking since there was a 50k that also had to park later on that wouldn’t be there yet, but sometimes anxiety isn’t rational. I’m used to being excited about a race, but this was just plain ‘ole un-fun anxiety. It made for a sleepless night. I got about 3 1/2 hours sleep total.

Then, the day of the race I swung so hard the other way on the coffee scale I probably gave myself whiplash.

On my way to the start there wasn’t an easy place to pull over and get coffee, so I ended up just going straight to the race start. If I had been thinking clearly I would have pulled a cold brew can out of one of my drop bags, but I wasn’t, so NO coffee for me the day of the race. I had a hard time turning on my internal cheerleader the whole day. It wasn’t true bonking, just really hard to regulate my outlook throughout the race.

Coffee is my magic juice. Too much definitely causes major anxiety and focus problems, but too little makes me dull and sad.   Something as simple as a tea bag in a hot water, or cracking a can of cold brew could have solved this. Too bad when I’m in the middle of an anxiety melt down I seem to have zero problem solving skillz.

The (not so) Ugly Future

This is now my second DNF for overtime in less than a year.

If the thing you are doing isn’t working, I mean, stop and reassess.

Here’s the problem. Sometime around New Year’s I had both a coupon code for the Loco100k, and a couple of drinks.

I drunk registered for Loco and then promptly forgot about it.

That rational, mature outlook lasted a week. Because, then I had this vague recollection that I might already be registered for Loco….YEP. A quick perusal of ultrasignup (how dare they keep my credit card number stored so I can make questionable adulting decisions!) confirmed I was indeed signed up.

My resolve to take 2 months off is wavering. Loco was really fun last year. I just had an excellent 40 mile long training run! The ankle I sprained 3 weeks ago seems fine. The shooting pain in my hip that made me literally scream in pain at Red Dragon seems fine. Two months off? What was I thinking?????

I dunno. I know what the adult decision is, but good adulting rarely makes for good blogging. 😉