Let’s play a game.  How did Mel break her finger last night?

If this was vet school you would also have the options of “2 of the above,” and “3 of the above.” But it’s not. And also, that would be a very exciting night.

Also, we all know it’s number 3, because we all know this is true of polo players and runners: 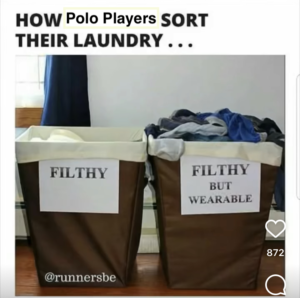 Of course its number 5. Just like the digit number of my poor finger.

Oh except for playing the fiddle. or perhaps surgery today. Or, as I’m finding out at this current minute…typing. Why. Are. There. So. Many. A’s?

Fig has a horsey game event this weekend. We were practicing. The “boot race” to be exact.

Run across the arena in your socks, put on your boots, get on the horse and ride back to the start line.

Sounds simple, except if you are 41 inches tall and the practice horse is 17 hands.

Leg up? Too many giggles.

She’s 40 pounds. I may be a slightly pudgy 5’1″ middle-aged person with questionable coordination (not to mention judgement), and no depth perception, and  but hey, let’s try just picking the child and tossing her on the horses back as she runs towards me.

What could possibly go wrong?

I legit broke my left pinky.

Which I then played polo with.

Because I knew the adrenaline would allow me to ignore it (I figured polo played by ultra rules. Fingers, toes, and nose don’t count!), But also because: 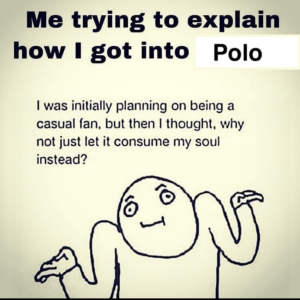 and hey! Maybe it wasn’t broken broken and more like…..”cracked”.

Optimism. My most endearing trait.

It didn’t feel better after polo.

The throbbing woke me up at 4am so it’s probably broke. Also the swelling. And the fact I can’t move it. 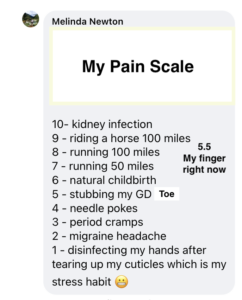 Since I can’t sleep, the child is snoring, and the finger is a long ways from the heart, and I’ve found a couple minutes to write on what promises to be a crazy weekend, let’s talk about happier things.

Like the fact I rode Farley in a saddle on the trail. 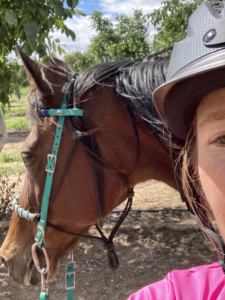 Ok. I’m not in a saddle in this picture. But I also had no breast plate on and I *always* dismount to go up the levee if I don’t have a breast plate. 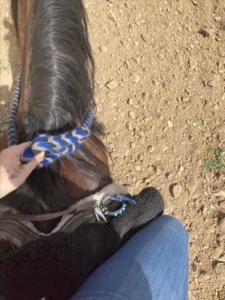 See!? Under saddle and enough sanity to snap pics. Also, back when my left hand had 5 working fingers.

Get off my back human, I gave you enough.

But here’s the thing.

She’s still trucking along years longer than I thought she would. Twenty and dead from a strangulating lipoma was my guess and yet here we are.

She’s also had some time off to recover from her own form of burn out.

Inspired by thoughts of trail rides with Fig after vetting the Cache Creek Endurance ride last weekend, and introducing another friend or two to ride and tie this season, I saddled up and headed towards our old 3.1 mile training loop. 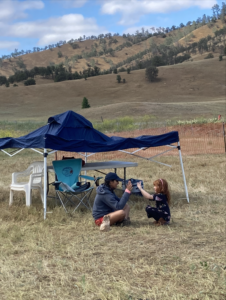 Farley, just blame these peoples for the “reassessment” of your retirement.

By the end of that ride (which ended up 5 miles and took 1 1/2 hours due to err…..schooling moments 😂) I think we both  were willing to consider future outings of a similar nature.

It’s time to renegotiate the terms of your retirement, mare. 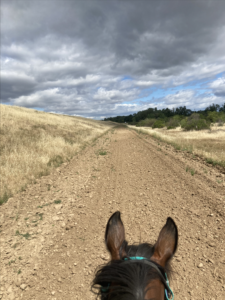 But first, the weekend.

Which does not involve Farley, much to her relief (briefly considered and discarded as a bad idea although probably very bloggable in terms of “other people’s entertainment). 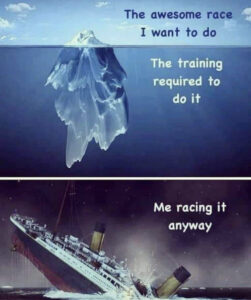 Asking Farley to do a Gymkhana right now…

I just can’t imagine that it’s all going to go off without at least a couple bloggable moments, even without asking the old mare to do silly games and using one of my favorite polo horses for this really bad idea called “gymkhana,” because let’s face it…this is me: 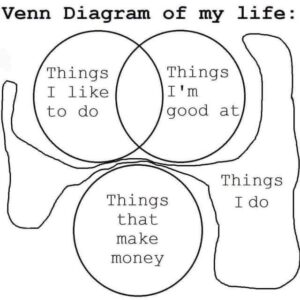 In addition to facing down one of the biggest PTSD horse moments of my childhood, I’m also (*crossing fingers*) adding to the herd again this weekend. I can’t actually say anything outlaid for realz yet because I’m just convinced that this long-standing dream won’t come true if I do.