To my Fellow CHAS Reenactors: 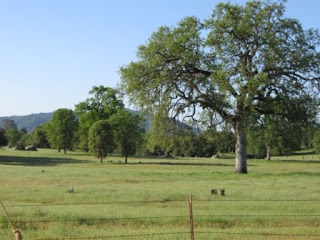 Friday night was predicted to be CRISP – as in frosty, cold, blow clouds with your breath – crisp. As a “local event” for me (1 hour 10 minute drive) I decided to spend Friday night in a warm bed with warm fuzzy kitty cats. My family and friends did not appreciate the sheer comfort of this when I pulled up to the Mariposa civil war event Saturday morning. My brother especially was eyeing one of my gum blankets as I put together my bed roll for Saturday night. It DID seem unfair that I should have TWO gumblankets (and a thermarest pad, and a modern 15 degree sleeping bag, and a wool blanket….) so I generously allowed him the use of ONE of my gumblankets. 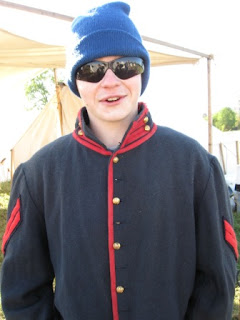 This being the first event of the year, it’s always interesting to see who shows up, both equine and human. In this case there were WAY too many horses on the line for just one artillery team and the ambulance team, plus the normal amount of outriders, but who am I, a lowly private, to question to the great wisdom of those above me? It ended up working out OK and most of the time we could leave 2 horses on the line to keep each other company while the rest of the horses were working. Everyone just needs to remember this simple formula: One horse + one picket line made of rope and metal stakes = loose horse in short amount of time. 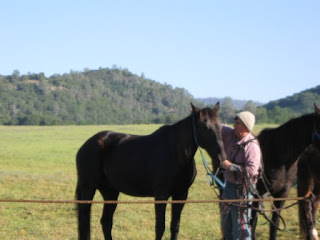 The first and second battles on Saturday went uneventfully. In fact, I was starting to get a little worried I would have nothing to share with you – my devoted reader. Even the maiden attempt at flying artillery (cannoners mounted on horses as well as the usual artillry team) went well! Only “feel-good” stuff was happening. That – my dear reading – as heartwarming as it may be, is not the kind of entertainment that you secretly crave. 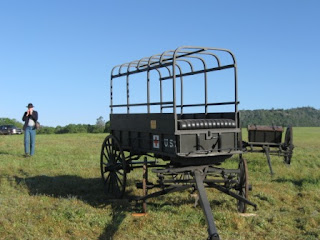 Saturday evening started amiably. A run down to the Cock and Pullet was in order. I think there may be some misconceptions about the Cock and Pullet. Homebrewers brew beer and serve it at an establishment call The Cock and Pullet at various reenactments. They sell a mug, with free refills of either their beer, or sarsaparilla (a non-alcoholic soda like drink). Additionally there are civil war era gambling games played with period cards and period rules. Any money won in the games is given back to the patrons as raffle tickets that go into a drawing the next day for donated prizes. The establishment is run by volunteers. All proceeds from the beer and games is given to a historical monument, Camp Moore. 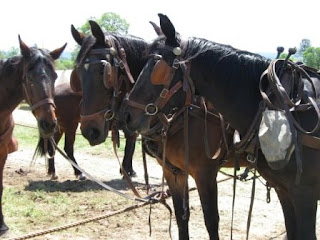 After doing my part to support this fine establishment (and cause), the group headed back down to camp. People with lanterns lined the dirt roads in order to light the way for the incoming fire trucks and ambulances. A women (W*) who had just been with our group at the Cock and Pullet had been found, unconscious on the ground, by my brother and cousin. She was moaning and unresponsive. She had apparently fallen off her horse when she hopped on it bareback to take it to water. One of those accidents that could happen to anyone, anytime. She was kept at the hospital and was not able to return to the event. I found out yesterday that she is doing fine.

The event continued, even as we received updates of W* progress at the hospital. Sunday mornings battle brought another accident. 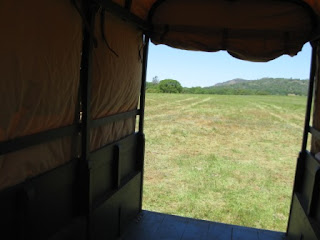 I have a wonderful ambulance team. I can go at a full gallop, towards home, behind another team, and still stop on a dime and stand. This becomes very useful when various implements fall off the cannon while the artillery team is moving out over rough ground. (yes, sometimes I follow the team just for this purpose – to clean up after them!) Sometimes I choose to gallop on, ahead of the team after a battle. I may do this for a couple of reasons. I think most of the drivers are of the opinion that I do just so I can race past and thumb my nose at then. Here’s the real story! Reason 1: I like to get the cannoners back to camp before the team so that they can be on location to help unlimber the gun or act as horse holders when the team comes in. Reason 2: If cannoners are mounted on the limber behind the team, the team will not go above a trot. Albeit it is a fast, racing trot, but a trot nevertheless. Sometimes a girl needs to gallop! 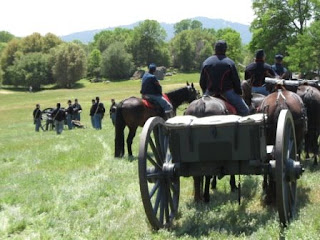 On Sunday morning, after the first battle I went ahead of the team for reasons #1 and #2 as listed above. After getting back to camp and dumping the cannoners, I looked back at the team. To my horror I saw the drive wheel horse caught up in the traces and the limber pole. Something similar had happened the day before on Saturday’s battle (pictured – FYI the horse is fine). 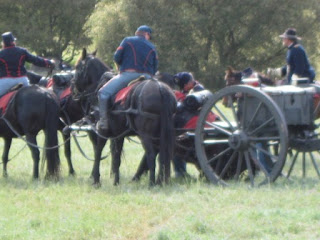 I feel so helpless sitting on the ambulance in these situations. Before I was a teamster I would have been one of the key people that could have helped the situation. I know the tack, I know the horses. Now, as a teamster, I can only sit with my ambulance and watch the situation unfold. I am one of two certified teamsters in the unit, (the other one was not present at this event). There is no one I can hand the team off to. Another ambulance showed up, which meant human injury was involved. One of the cannoners had gotten kicked during the situation in the head and the knee. Thank goodness the decision was made to keep the horses barefoot this year! It could have been much more serious with shod hooves.

D*, an outrider for the team, came over and let me know what was happening (thank you D*). Shortly after he left, my Mother and R*, the husband of M* who was riding on the team came over and asked what was going on. I explained that the horse was over the limber pole and tangled, but was OK. They still looked concerned. Oops – I had forgotten the human part…..So I told them the person who got kicked was doing fine. They looked murderous at this point. That’s right……Both women had husbands on horse back in the middle of this fiasco!…..so I told them that Dad and M* were absolutely fine. LOL. I’m going to make a fine vet! 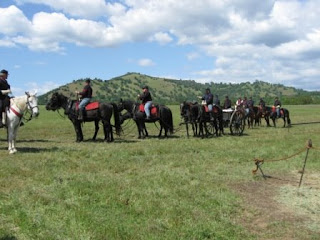 Shortly afterwards the president of the civil war association came shouting that there was a diabetic emergency in rebel camp and ANOTHER ambulance was needed ASAP. D* (previously mentioned) and the ambulance headed on over to the medical center to relay the message. Then I hauled the president of the association over to rep camp, full speed, in the ambulance. It was very useful to have a horse drawn vehicle, capable of speed AND passengers that day. People got to where they needed to be much more quickly.

After all this we STILL had one more battle to get through. Not hard considering the second battle on Sunday lasted a whole….three minutes. What the heck happened???? Did everyone just get tired and quit? 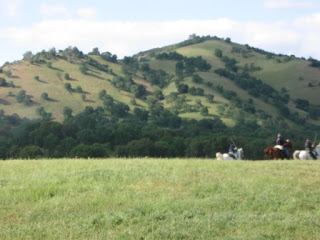 Working with horses is inherently dangerous. Add cannons, traces, wagons, gunfire, unfamiliar terrain, and the risk is even higher. Although most of the time we can and do portray the impression with a minimum amount of injuries and near misses, let us never forget that serious injury is a fraction of a second away. One moment of inattention, a series of innocent errors, or just plain bad luck! could result in complete disaster. In my opinion, it is only because our group is made up of outstanding, capable, and caring people that there were no serious and permanent injuries to equine or human this weekend. Let’s make safety a priority in 2009! 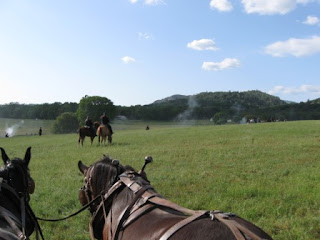 One Response to Mariposa After Action Report