My brother is producing a DVD. If it goes on Utube, I’ll let y’all know. In the meantime, here’s a mini slide show.
Vetting in at the start. 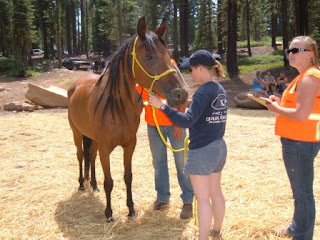 Crew waiting for me at Robinson 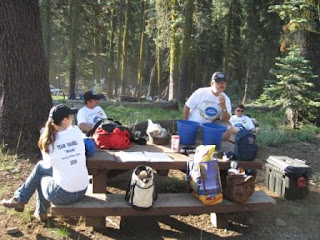 Crew Rick mixing my mash. He had specific instructions on how to mix and the other crew members tried to offer suggestions which were ignored. 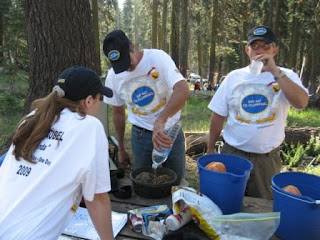 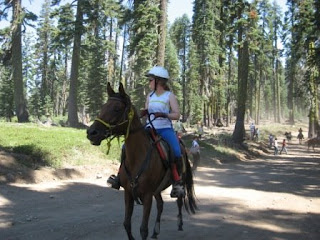 Crew gets to work on Farley on the way to the pulse in. She was described by one member of the crew as a “doll”. That would not have been the crew member holding the hay. In that case he had to be careful not to lose an limb as she attacked the hay. 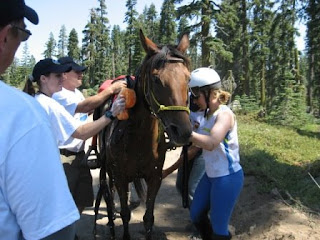 Continuing into the Robinson check. 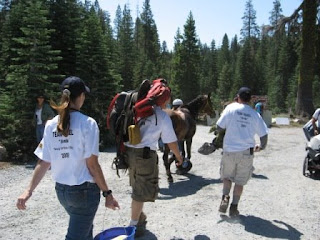 I’m relaxing I swear! Ice is on the knee from where Farley slammed my knee cap into the rock wall at the cougar rock bypass. I took the bypass because there was a line to go over cougar rock. I wasn’t going to wait in line. I believe I was giving the royal order to have Mike massage Farley’s butt (that went over well…) 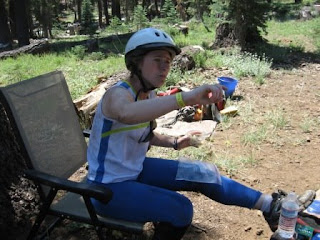 I don’t believe I need to give this photo a caption. 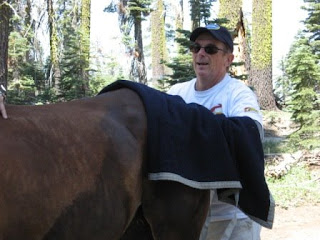 Farley and Dad discussing the attractive attributes of the neighboring crew camp. 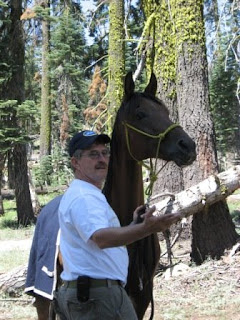 Saving money by using dirt for eyeliner. I believe my sister’s exact comment was “I’m trying to decide whether your eyes are sunken in, or if you look especially glamorous”. (yes – this was redgirl from the blog on the right). 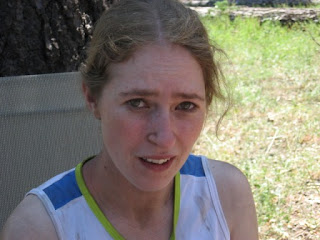 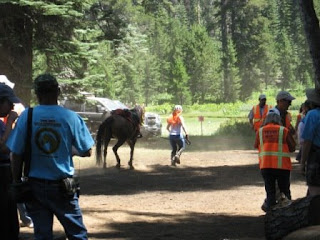 Leaving the exit CRI to go to the out timers with on of my best friends, Katy. 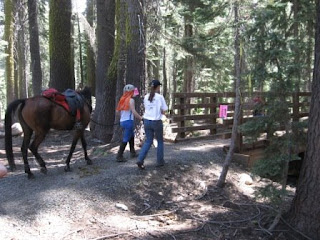 At Chicken Hawk checking her pulse. 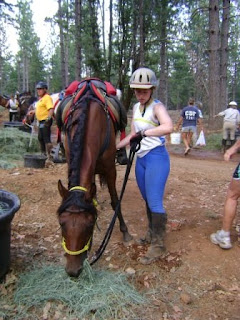 Deciding it’s time to pulse through at Chicken Hawk. 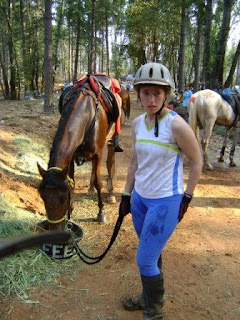 Pulsing in with the extremely nice volunteers. My flying nun scarf came off 🙁 In the heat the duct tape melts off of it. Mom is going to do something fancy with velcro for me! 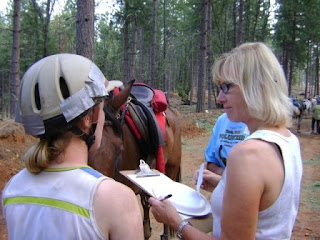 Explaining to my crew at Foresthill that I think I need to pull and deciding to evaluate after the end of the hold. 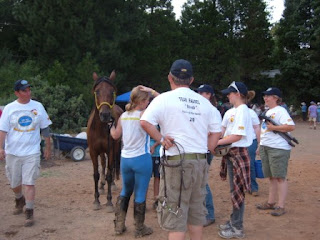 Mom’s shower tent (with warm water!). She put a orange home depot bucket (with lid) in the sun all day and it was the perfect temperature. That would be redgirl snickering outside. 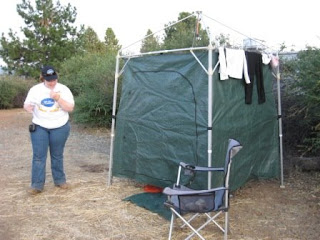 Post-shower at Foresthill, still sporting the dirt makeup. I think I had made up my mind to pull by this time, but I was still in the clothes I had planned to finish the race in. Relaxing and joking with the crew. 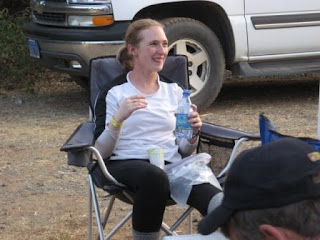 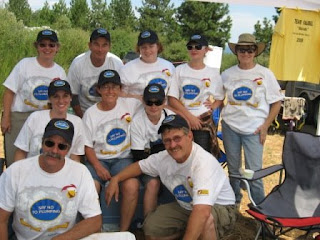 The next morning at the trailer we celebrated by Dad’s 50th birthday with a lovely brunch prepared by my mom and swapped Tevis stories. 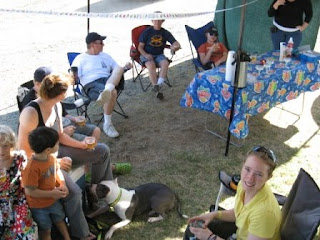