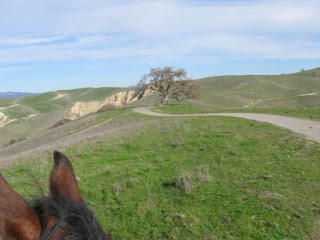 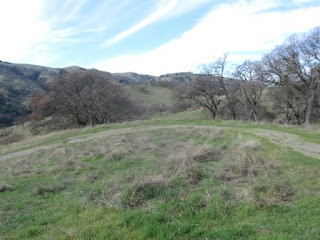 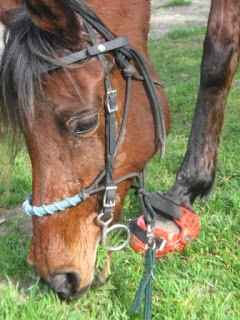 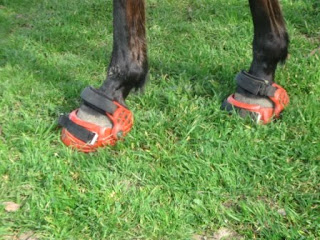 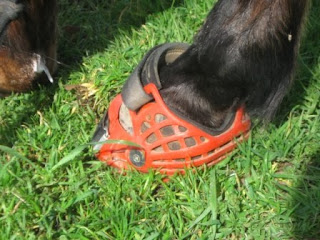 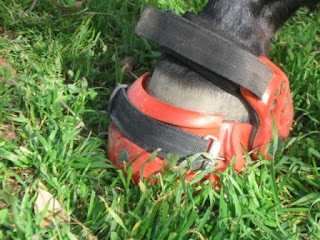 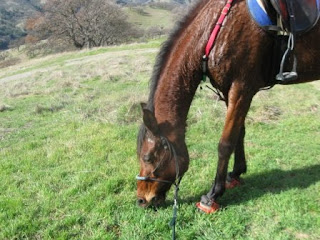 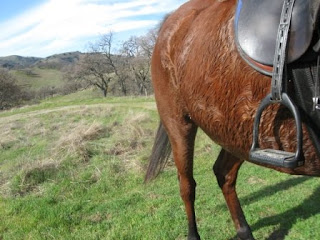 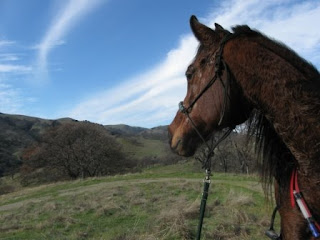 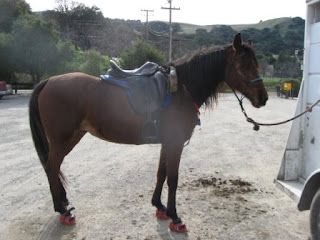 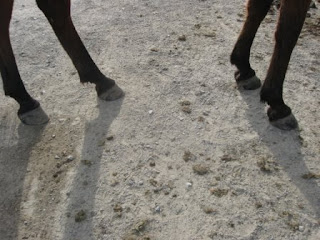 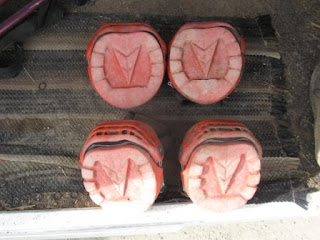 This weekend I got over to Del Valle and did a wild, 3 hour ride where the main goals were:

The trails here are very gravelly and can be tough on the feet so I put her renegades on.

I haven’t put boots on Farley since our last 100 at the end of October, 3 months ago, so wanted to make sure everything still fit. It’s so nice to have boots that I can just slap on and go. The boots performed flawlessly, despite the fact that I was in too much of a hurry to replace the toe straps (they are completely worn out), didn’t put the straps under the O-rings, and haven’t trimmed in a couple of weeks! We walked, trotted, cantered, and GALLOPED and the boots stayed on! You would think that by now, with the number of miles and rides I have in these boots that I would stop being so amazed by how they perform, but everytime I use them I marvel at the engineering. I feel so lucky I don’t have to worry about boots that come off and that take seconds to apply and take off.

I know I sound like a walking advertisement and you can point to me being a dealer – but I can tell you with certainty that I loved this product BEFORE I was a dealer and would continue to use these boots, even if they doubled in price and I had to crawl on my hands and knees for a 100 miles to get them.

I get a lot of questions about how long the boots will last, which is why I took a picture of the bottom of the boots.

I got these boots at the beginning of August 2010. I don’t use them for every conditioning ride, but will if the area is gravelly and rocky (like Del Valle). In addition to conditioning miles, I’ve also used them at 2 rides – a 50 in October, and a 100 in October. As you can see, there is still tread left, and except for the toe staps that need to be replaced (they are considered wear items), the boots are in good condition. I plan on using them at the 20 MT 100 mile ride, and then retiring them to “conditioning only” boots, and my backups for competitions, and purchasing a new set of boots for competitions. The 20MT ride is mostly flat sandy desert, with very little climbing or mud (as long as it doesn’t rain!) so the tread on these boots is acceptable for that ride. If I was doing a ride that I knew was fairly technical, I would probably trade these boots out now, for a pair with new traction – but there isn’t a need for 20MT. I average ~1 year for a set of boots. The last 6 months the boots are used for conditioning and backups for competition. Use definitely varies on horse and rider, the type of terrain, and the type of riding you do. I probably don’t squeeze every last mile out of my boots that I could – but I’m still coming ahead on shoeing versus booting costs and with so many great colors to choose from, I can’t help myself!

When ever you are competing in boots, it’s a good idea to have a spare set, just in case something goes wrong. Especially because I feel these boots are reaching the end of their “competive career”, I’ll be carrying spares that are brand new, just in case it ends up raining and there’s a lot of mud, or some other issue. Carrying a spare is like insurance – if you carry spares you probably won’t need it!

One Response to A ride