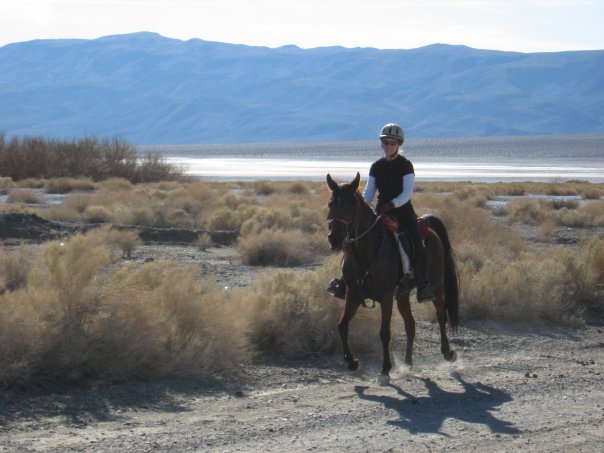 Ever have the perfect photo that illustrates who you are?

This photo was taken in 2008 and has been my facebook profile picture since early 2009.  I clicked on it today with the intention of finally updating it, and I can hardly bring myself to put in a more current one. It’s me and Farley at the Death Valley ride, early in Farley’s career.

Every animal I’ve has had a picture that truly captured who they are.

Sometimes it is taken at the autumn of relationship, like the photo that I consider “Minx” 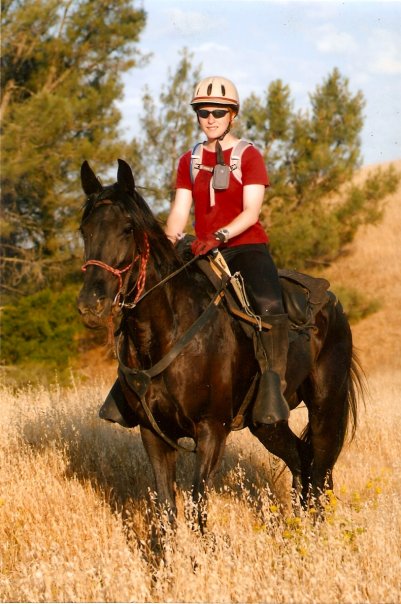 Sometimes it isn’t a picture at all.  Tess has told me since she was a puppy that she will be a commissioned watercolor.

I was complaining the other day that I didn’t have an appropriate representation of Farley yet –> maybe I had it all the time, hiding in plain sight as my facebook profile picture?  The picture is unusual in that the picture is backlit with the shadow towards the photographer, and the background is much more colorful than the subjects.  I like how easy and casual the picture is, and how you tend to focus on the view of the ride than the horse.  Farley isn’t bold and out in front like Minx.  Instead, she seems to fade into the background, not noticeable for her exceptional talent and ability until you take the time to notice.  I also like how the picture highlights her rather enormous ears (for an arab).  I’m convinced that horses hold their brains in their ears.