Today we continue with more useful camping tips!!!  (use at your own risk, your mileage may vary)…..

These posts were being difficult yesterday and gleefully crashed my blogsy app, so they had to wait today until I had “time” to rewrite them on my computer (“time” = a lecture that I’m not particularly into……).

Tip: To be tough is not to be stupid

Why Michele and I are NOT doing this course as a ride and tie: 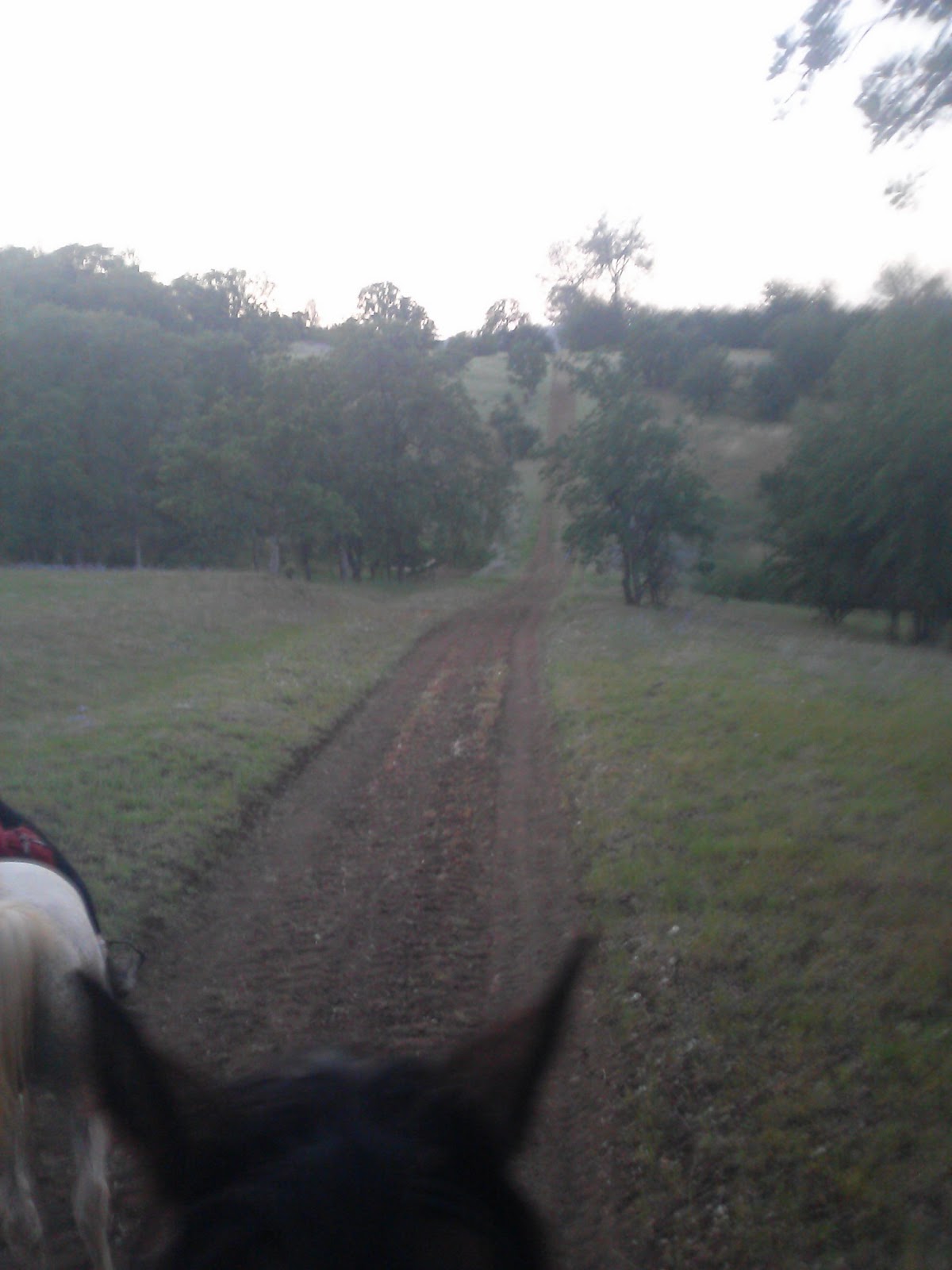 Do you see the freakin’ hills?  I tell you what, if my horse wasn’t tied to that tree at the bottom of the hill, I would be taking whatever horse was tied there.
tip: close your eyes and buy beer while filling the fuel tank 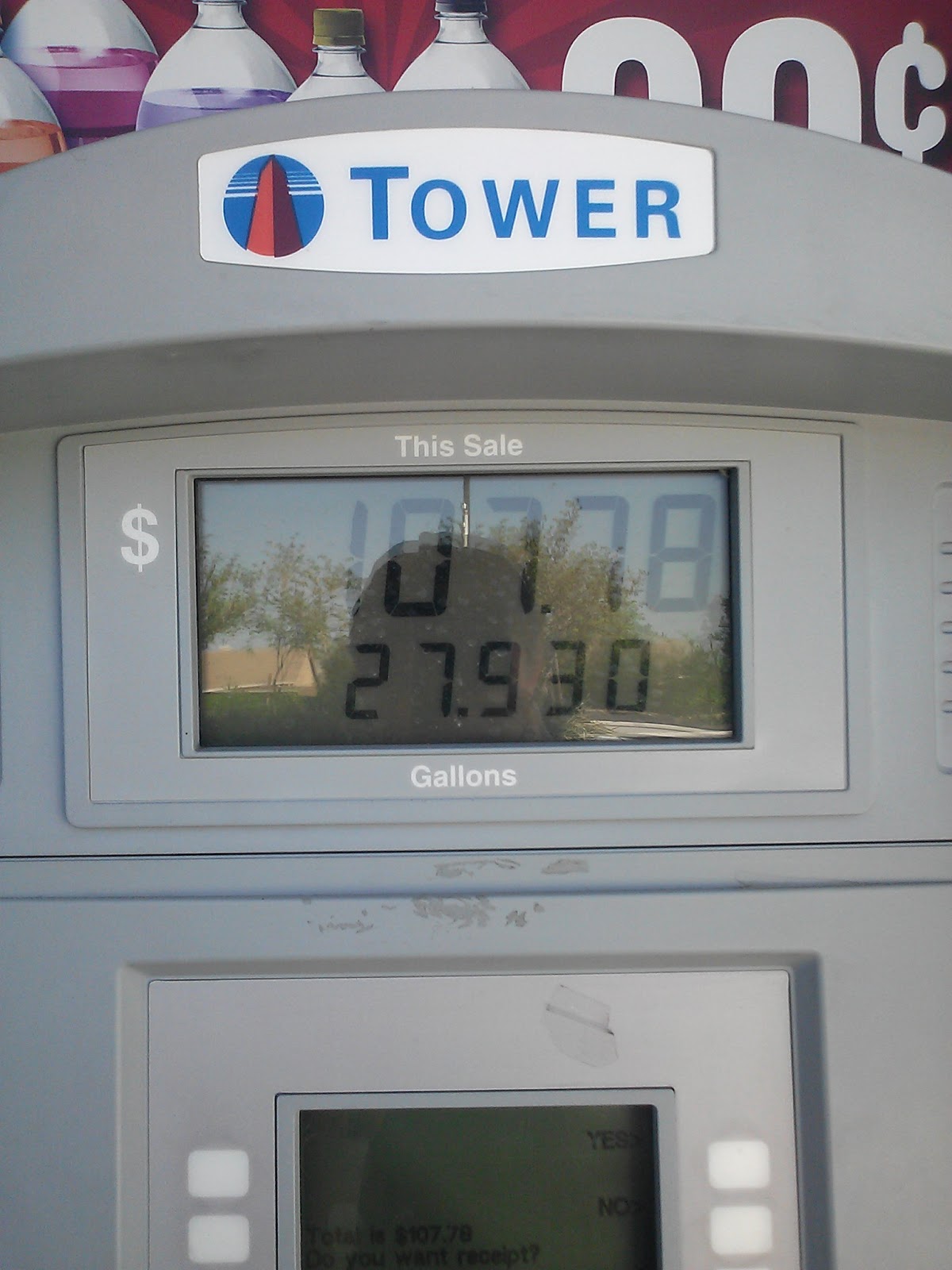 Tip: appreciate cuddly puppies when they choose to be cuddly…Because for the rest of the trip they will eat horse poop and want to lick you in the face.  Then, after finally allowing you to sleep, they will wake you up at 4:30a because they absolutely HAVE to go out into the moonlight and do some sort of dog ritual that requires them to be off leash and free and running around at full speed.
So yeah…if Tess wants to snuggle up to me while I’m driving, I’ll take it! 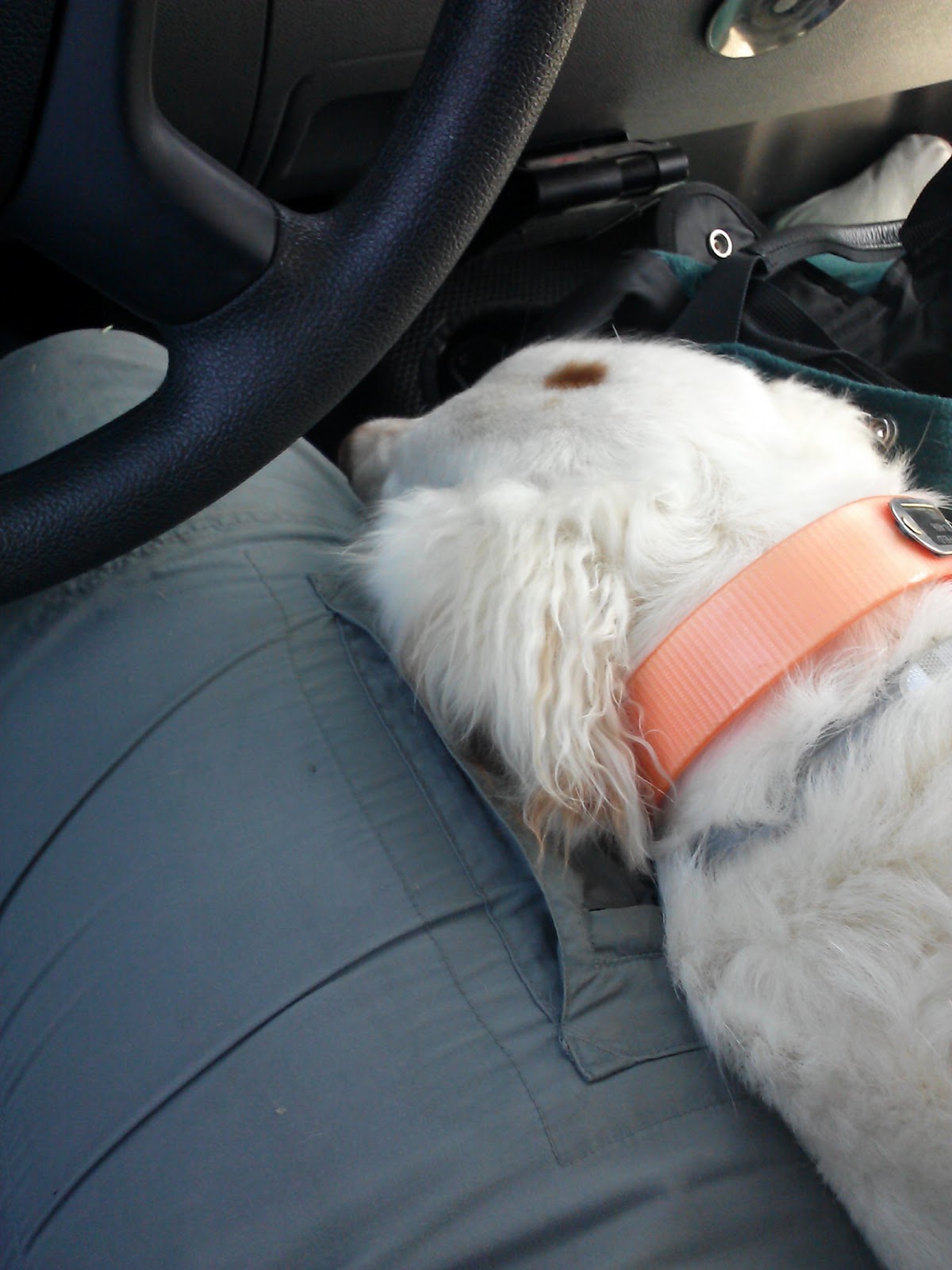 Tip: Friends are for laughing at you.  And taking pictures

It was Kim’s turn to provide the amusement on the morning of the second day.  What are friends for but to laugh and take pictures while you stare at your bridle in puzzelement?  Here’s a bonus tip: if your tack gets twisted and malformed because the fairies played in it overnight (or because it got tossed on a rock in a heap after your ride the day before….), it can probably be fixed without unbuckling it.  However, if those fairies had opposable thumbs….then all bets are off.

In this picture, Kim tries to decide whether she’s better off dismantling her bridle and attempting to put it back together, or give up ad ride her aptly named mare “Medusa” using a bridle-ness telekinesis technique. 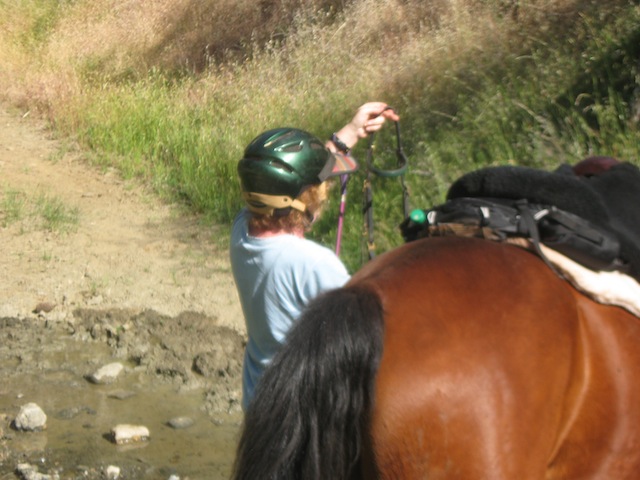 Tip: while it is NOT acceptable to actually defile the signs in the campground, you may use duct tape and cardboard to ummm…….make the signs more appropriate. 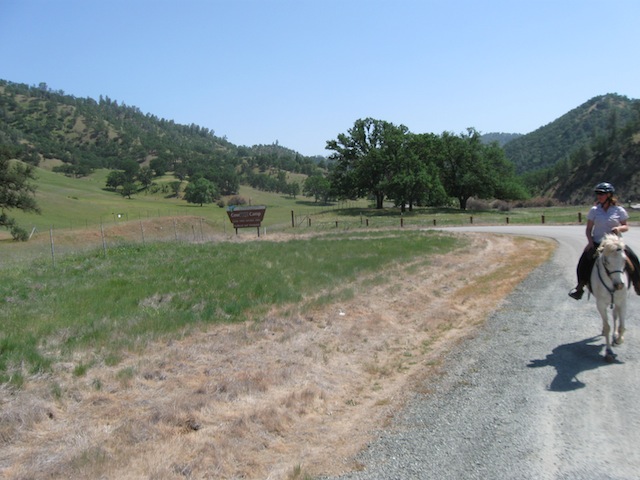 It’s hard to see in this picture, but the BLM sign has been changed from “Cowboy camp” to “CowGIRL camp”. 🙂

Tip: Proper footwear is footwear that allows you to keep riding! And, in an effort to bring you non-dirty feet pictures, this tip is presented in conjunction with a bonus tip: If a bird looks like it’s going to bite you….it probably is. 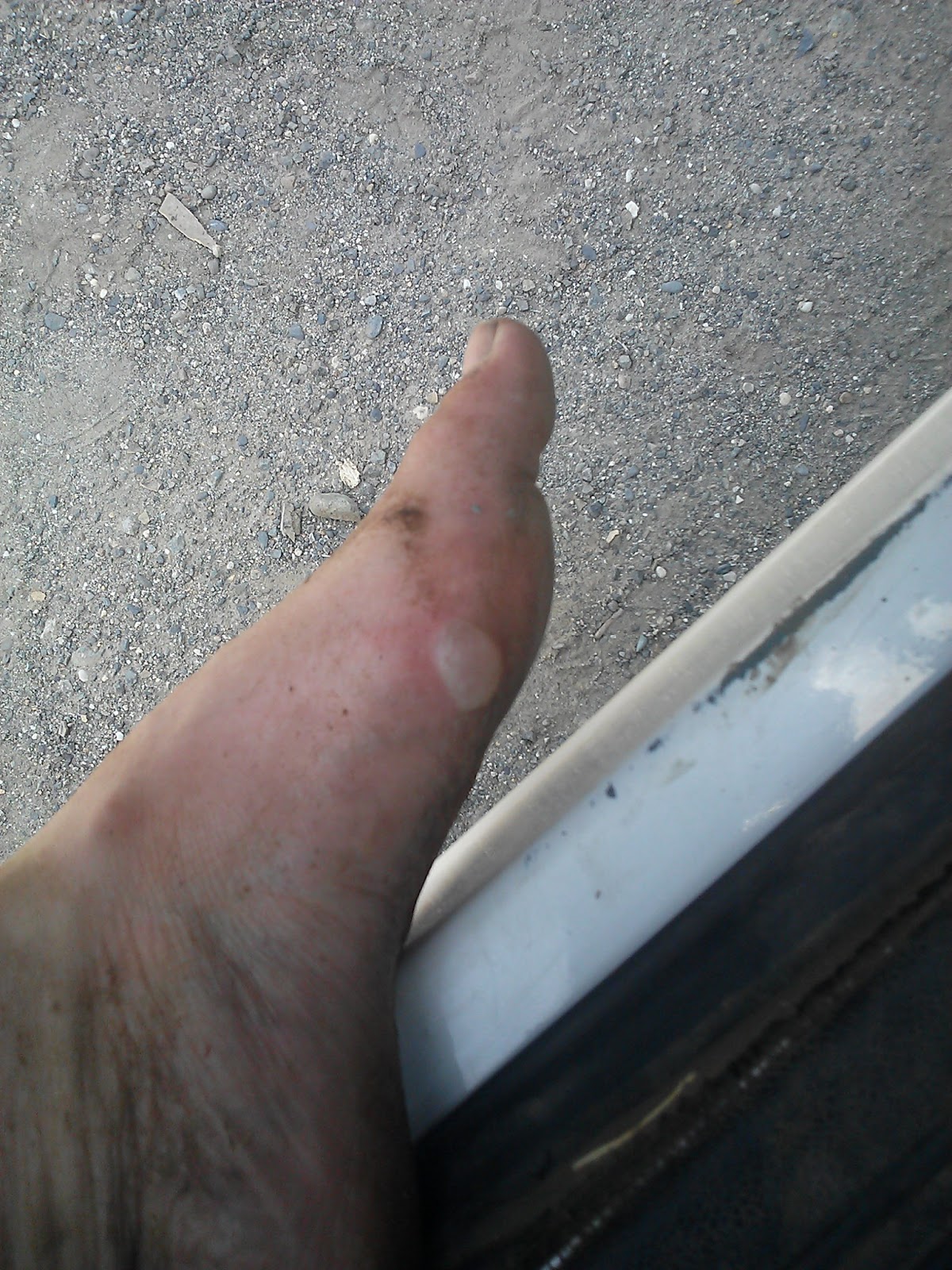 This is why I had to do all my miles last weekends in crocs.  I ran on Thursday or Friday before the trip and my running shoes (the orange Merrell ones) gave me this blister.

Why would I even continue to run in these shoes?  Because those shoes are the best compromise for a shoe that will allow me to both ride and run. Everything else I have tried either doesn’t give me enough support in the stirrup, or provides too much support when I run.  So, if I have a ride and tie or other event coming up, I just make sure I’ve run in these shoes enough to have a callus in this location.  Since I have a ride and tie in mid June and I plan on using these shoes for my 50 in two weeks, I’ve stopped running in my runamocs and switched to the Merrells for now.  With rather unfortunate results.

Ugh – I don’t like popping blisters on feet because of all the bacteria – intact skin is good – but the pressure this blister was exerting was quite painful.  Using crocks in the saddle mitagated most of the discomfort when riding.  I was suprised how well the crocs worked in the saddle – they wouldn’t be my first choice of footwear because they leave my feet too exposed on the trail for poke-y sticks that want to jab and lacerate my toes when running down hill dismounted – but if I do end up with a foot injury that requires me to wear a loose fitting shoe, I think they perform better than runamocs in stirrups. 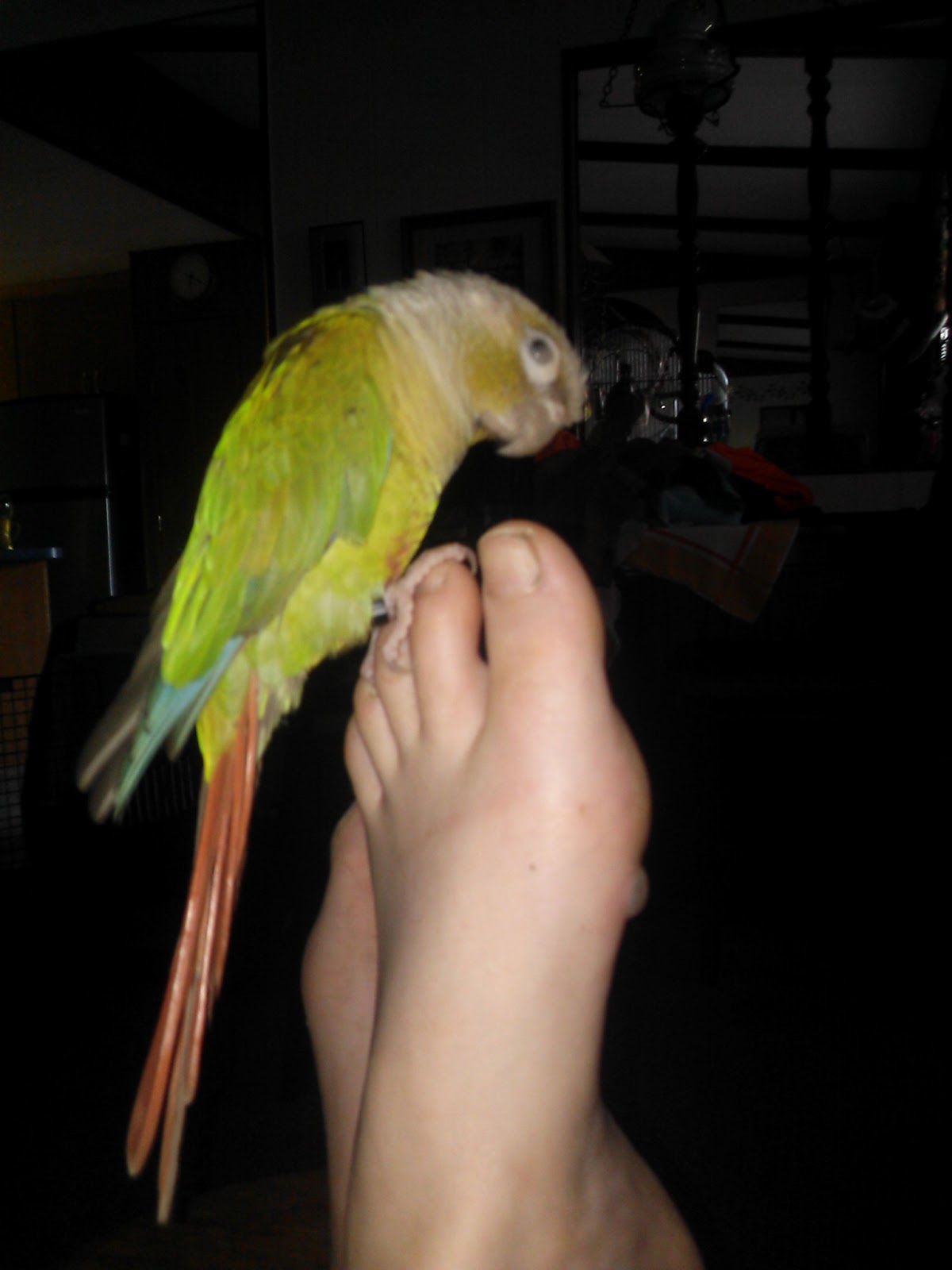 Once home I did end up lacerating it to relieve pressure once my foot was clean.  Oh blessed relief!  Usually popping blisters hurt because of the exposed sensitive flesh underneath the blister, but in this case, the pressure being exerted was a much bigger pain component. The skin is so thick on the feet that enormous amounts of pressure can be generated by the blister without it popping itself. 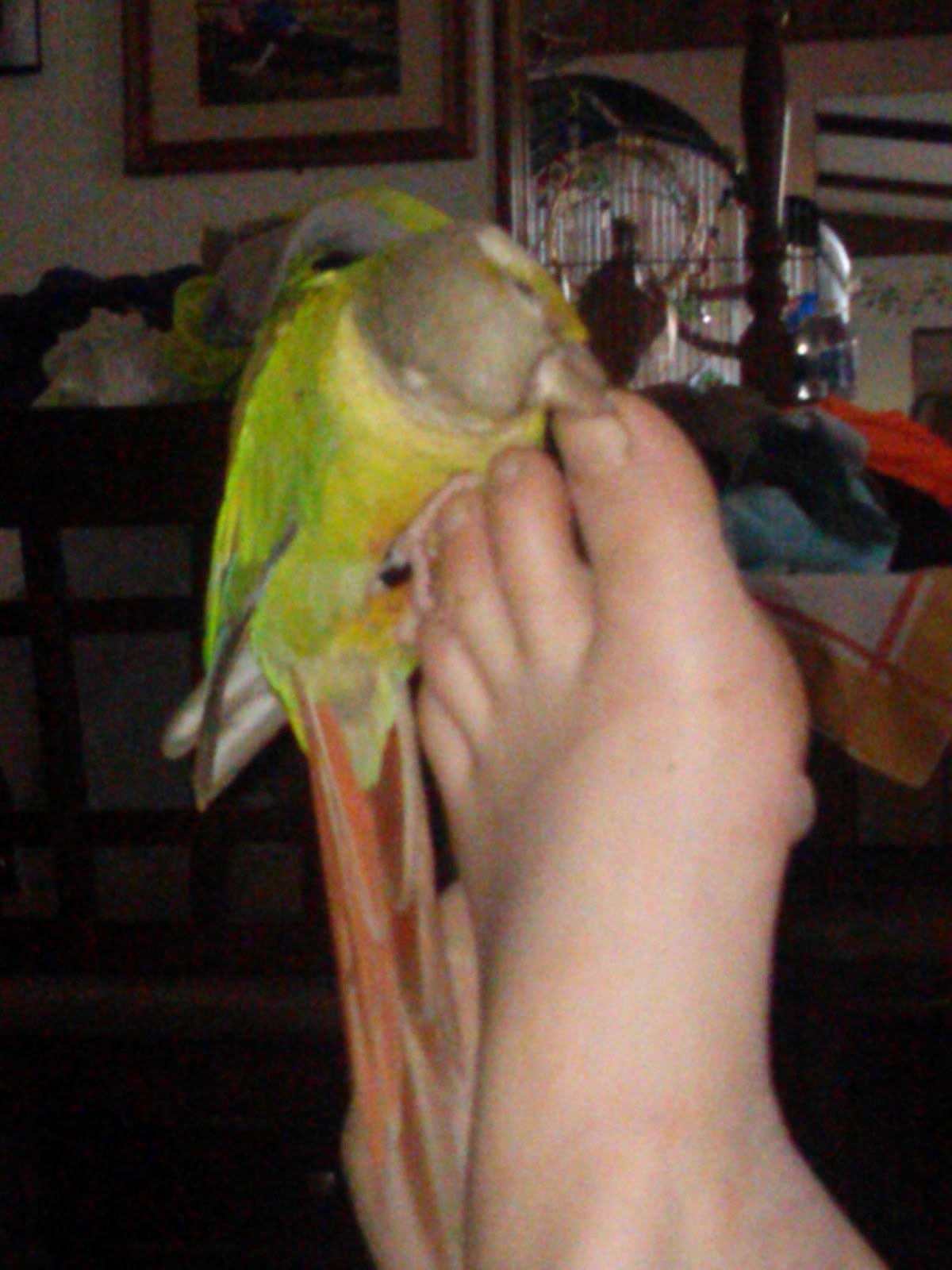 Below: Connor has been lost foot privileges….. 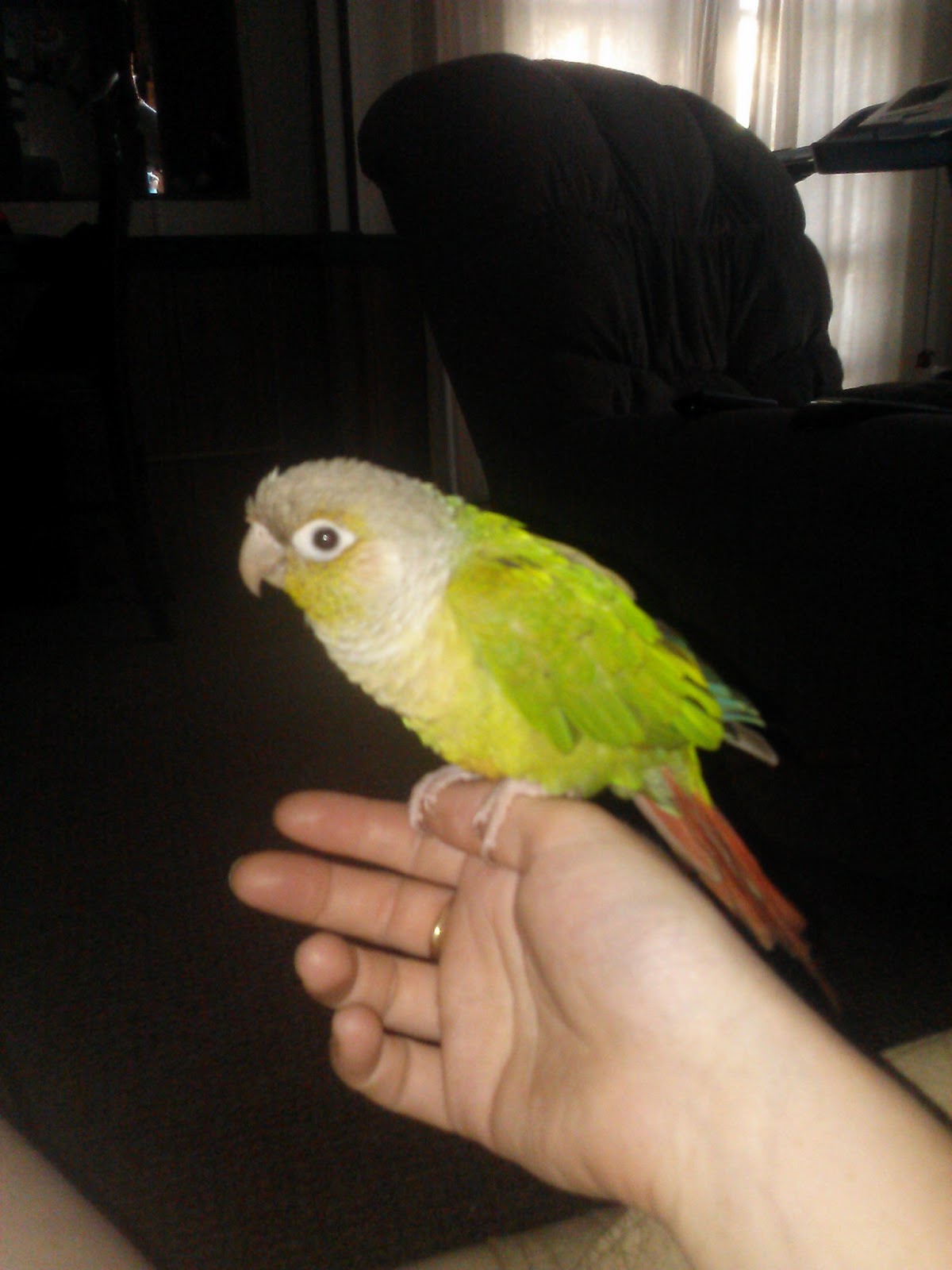 3 Responses to Camping tips to be ignored – III & IV