First off – here’s the link to LAST year’s story (2012) in case you missed it. It’s interesting. A LOT of similarities between 2013 and 2012.  I was actually not that sore after this year’s race either. I’m a little trimmer this year, but not by much and didn’t train as hard, even though I did PR my 10 mile road race over my 2012 time by a couple of minutes.

It was a lot more chaotic last year – 10 teams did the short course last year, while this year was only 4, which probably accounted for the much more sedate Stashi and the total lack of company the first third.

What’s funny is that Michele and I looked very much the same at the end of the event last year as we did last year – I was filthy dirty with various injuried body parts and Michele had a scrape on arm – last year from being pushed into a “tree” this year from being rubbed into a manzanita on a tie.

I still agree with my assessment from last year. RnT is the most fun I’ve ever had on horse back. I love endurance, especially going out on the last loop of a 100 after dark. But I adore RnT in a visceral and deeper way. It has an element, which I haven’t quite figured out, that endurance doesn’t have, which leaves me with no regrets of choosing championships over a potential 100 next summer.

Here’s some pictures of the ride 🙂 Enjoy!

Coming into the start. am I starting to see a bit of muscle definition in my upper thigh???????? Just maybe if I squint and blur a bit? 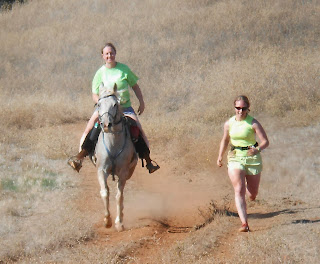 The start. I’m hidden behind another runner and my rider is already up the hill 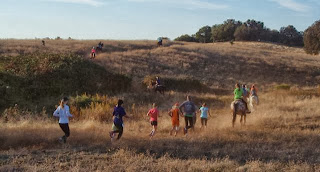 A great photo of me and my partner after accepting our awards at lunch. 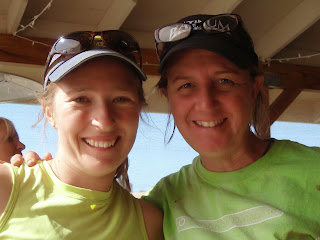 What start would be complete without a bucking horse? 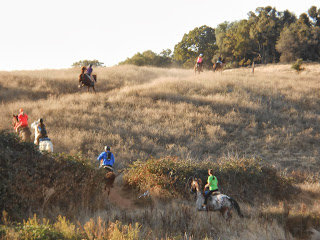 Nothing better than a post ride roll followed by….. 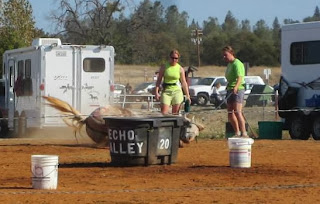 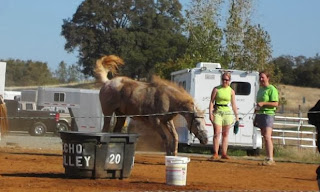 an almost picture perfect finish. What’s up with my wrist? 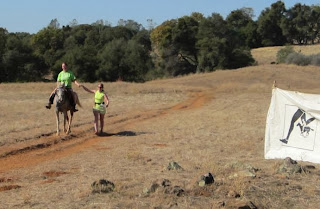 Hanging out the day before. 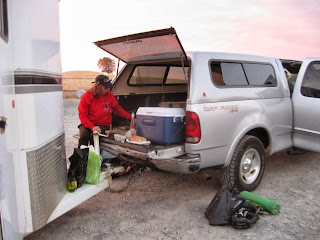 Drying off the pad for tomorrow (it was still damp from being washed) and looking at the sunset. 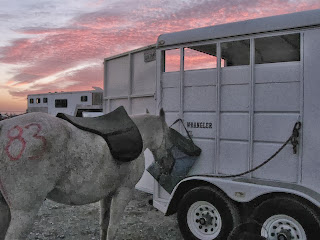 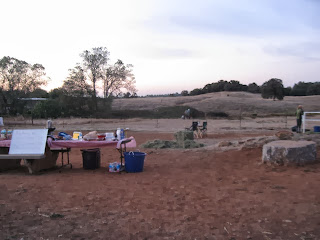 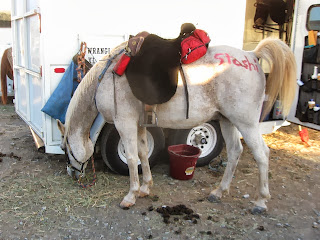 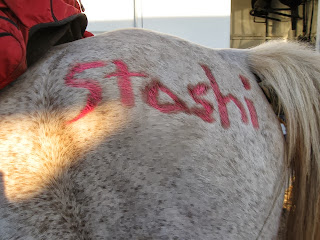 In addition to the lightening bolt down his face, he also had racing stripes down the back of his thighs, on either side of his tail down to the level of his hocks. Really helps to ID the horse from a distance when there’s a bunch of random grey horses tied to trees. 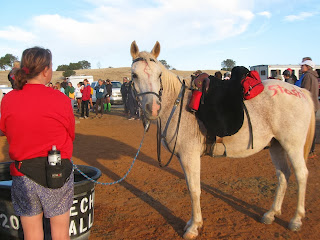 Mounted and ready to start. 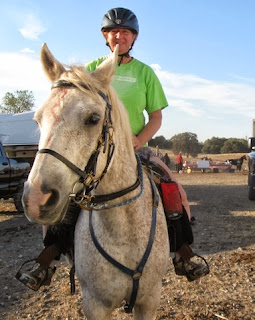 Trying to fix my number after putting it on upside down…..it was super cold (according to me….my partner was in a light jacket and running around in shorts….I was in pants and my heaviest down parka) and my fingers could NOT operate the safety pins. 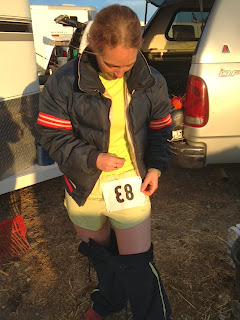