The last couple of years I’ve managed to do a “what you should get the horsey person for Xmas” list. Sometimes it comes after Christmas and sometimes before.  This year…..it comes today!  Not in enough time to actually have it matter for any of your gift giving, but at least you don’t have to read a Christmas post after Christmas right?

1.  Something from American Trail Gear.  Anything really.  I adore my biothane bracelets and have my eye on a collar for Tess (as soon as I can figure out whether the Blue with Yellow overlay or a Blue with an Orange overlay would be better? Or maybe a Orange with a blue overlay?). They have the hay bags I love – the ones where the horse eats out of the top, and if you were wondering where to get the stirrups with the colorful cages – yep, that’s them.  I spent a lot of time researching what crupper to get for Farley last season and I settled on theirs and have not been dissapointed.

2. Remember these earrings? This year I have my heart set on this necklace. 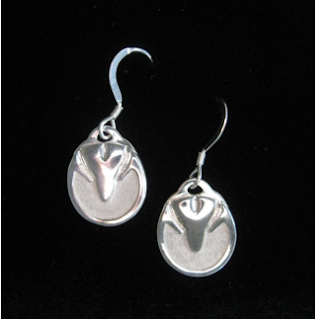 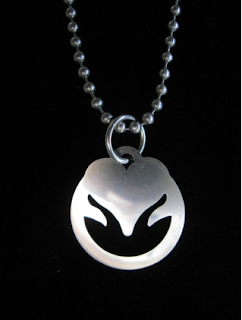 3. A way to attach a cell phone to a helmet, that is NOT a helmet cam.  As many of you pointed out in a previous post I should have my cell phone ON ME instead of on my horse.  I know.  I really do.  But I haven’t found a way to carry it that it doesn’t pop off and fall to the ground or rub me, or bounce or run a real risk of breaking.  Now, there are those of you that would say that such minor annoyances are worth it *just in case* I fell off and needed to use it.  And depending on the when, where, what of my ride I decide whether the annoyance is worth carrying it (for example, going out on a night ride).  In an email explaining complaining to Aarene all the different failed ways I had tried carrying a cellphone on my body I had a revelation!  If there was a way to attach my cell phone to my helmet…..that would solve all my problems!!!!!!!  I’m thinking a neoprene sock thing that then has a strap that goes around my helmet like my head lamp.  I haven’t been able to find anything like this on the internet….but there’s got to be SOMETHING out there (couldn’t come up with anything with extensive googling – also tried googling a helmet cover with a pocket, but no luck). This might be the perfect solution for equestrian in your life that hasn’t found a cell phone solution yet.

4. And while I’m in a confession mood, I did a night ride without a helmet last week because it was cold.  Really cold.  Maybe if I had one of these I wouldn’t have been tempted? 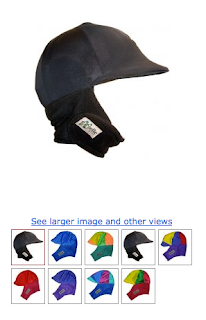 5. I recently found a new way to reward myself – buying 99 cent songs from iTunes.  Prior to last month I had NEVER bought a song from iTunes. In fact, I can’t recall the last time I purchased any sort of music.  I’m a musician, so it’s hard for me to listen to music without analyzing it – it’s a lot of work for my brain – and coupled with my hard of hearing, in general listening to music isn’t enjoyable for me. I’d much rather listen to an audiobook or a podcast.

When I started sprinting, I found that music made a HUGE difference in my workouts.  Going back to school, I found I studied better if I had music going on in the background.  Voila!……I started to listening to Pandora while I studied and PodRunner when I ran.

Studying for tests last semester I gave myself permission to “bribe myself” to sit in front of the computer and study.  I could eat ANYTHING I wanted in the house. Anything at all.  Whatever little snacky thing, finger food, or treat that would keep me in front of that computer reviewing my lecture notes.

I was almost to my goal weight at this point, and I had a revelation that there was NOTHING in the house that I wanted. It wasn’t that I didn’t have junk in the house – I have someone else in the house that is not dieting – but food as a reward had lost it’s pull. Food was something to enjoy while I was hungry – not because I was bored, stressed, or needed a reward for good behavior.  WHOO HOO!!!!

I won’t pretend this isn’t a good thing….but I needed to find a new reward system that would keep me in front of that computer and focused.

I turned on Pandora and started studying.  And I like I’ve done over the last couple of years, when I hear a song I really like I switch tabs and I give it a “thumbs up”.  Sometimes when I do this, it already has a thumbs up….because I liked it that much LAST time I heard it.

And I had a revelation.  I would play Pandora in the background while studying.  If I heard a song I liked I would go over to give it a thumbs up.  IF IT ALREADY HAD A THUMBS UP……I WOULD BUY IT.  For 99 cents in iTunes.  If it wasn’t thumbs up….I would click it and then maybe next time I heard it I could buy it.

I spent maybe $5 for a couple hours of studying.

I’m adding new songs that have proved over time that I like to my ipod.

I’m creating PLAYLISTS that I’m using for my runs that are actually motivating. Before I would put my entire library on shuffle and then if the “wrong song” came on during my sprint I would spend time trying to skip etc……but now my songs are seperated into “high intensity” lists and “tempo” lists so I always get the right song for the run.

Now, the runner or rider in your life may have already long figured the joys of good music and playlists and would appreciate an iTunes gift card :).

6. Have a barefoot runner in your life? Or maybe someone that just likes to be barefoot as much as possible during the day. It’s tricky buying shoes for someone else….but let’s say that person you are shopping for is YOU.  Maybe it’s time to treat yourself. Here’s some reviews on my barefoot shoes I’ve used this year. Over time Softstar Runamocs have proved my favorite, most comfortable shoes. The original Runamocs with the perferated leather isn’t available anymore – they were my first pair and were a good all-purpose running/hiking moc.  This year I treated myself to a pair of runamoc 3’s.  I have adored them from the first step.  A word of caution, especially if you are running in them or live on very rocky trails.  They are only available with the super thin 2mm soles which is really really thin.  I have pretty tough feet, but they feel pretty banged up and bruised after rocky runs, and now that I’ve worn the soles to about 1mm, I have to be careful if my feet are cold and I’m planning on doing speed over gravel. Wearing socks helps, but in general best for dirt or less rocky terrain.  I’ve thought about asking Softstar to make me a pair of customs with the thicker sole.

I recently bought a pair of these from Unshoes. I was hoping they could help me on rocky trails (see my comments from my runnamocs) but I’m not sure they will work for me for running. That being said, they are cheaper than the Softstars and if they can become my everyday shoes and make my softstars last longer I will consider them a victory!  They are very stylish and cute and now that I’ve given myself a week to get used to them, comfy to wear. As a bonus, the staff at Unshoes is VERY good to work with.  I ordered my pair 24 hours before the sandals went on holiday sale and when I emailed them, gave me the holiday price for them.  The best thing about these sandals was being able to get a custom fit for length and width of my foot. I’m actually a size 7, but usually have to wear a size 8 or 8 1/2 because of the width of my foot – which is the reason I’m having tripping issues on the trails.

And my most recent acquisition in the world of barefooted-ness is these: the Merrell Vapors. Now of COURSE the store I bought them from only had the black and pink color……isn’t the green on Amazon snazzy?  My last pair of well worn Merrell’s were these orange things – an excellent compromise between performance in the stirrup and performance on the ground, but they were more shoe like and I was having problems with my toes catching on rocks on the ground, and some blisters/rubbing on long runs and not so long runs. The zero drop and neutral mechanics of the shoe coupled with a nice sole that protects me from rocks has served me well over the last 14 months, but when it came to replace them, I knew it was time to move onto something else. The vapors are a much lighter, more flexible shoe.  They are darn close to moccasins and I was able to drop to a 7 1/2 because “soft” nature of the shoe so hopefully my toes catch less. The sole is thinner than my orange beauties so I can feel the rocks/gravel and I haven’t tried out their prowness in the saddle yet….. 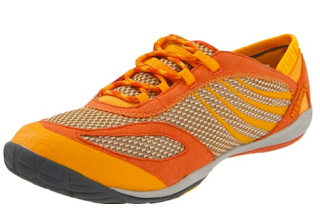 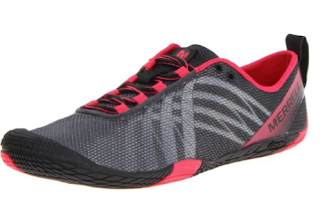