Many thanks to my friends Aurora and Nikki for taking me on a Birthday ride! 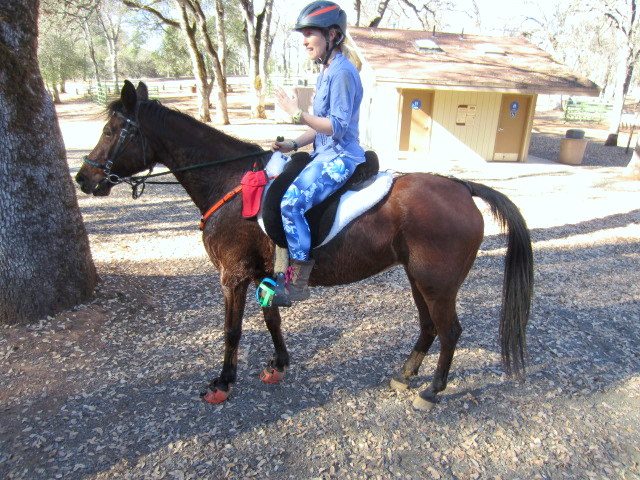 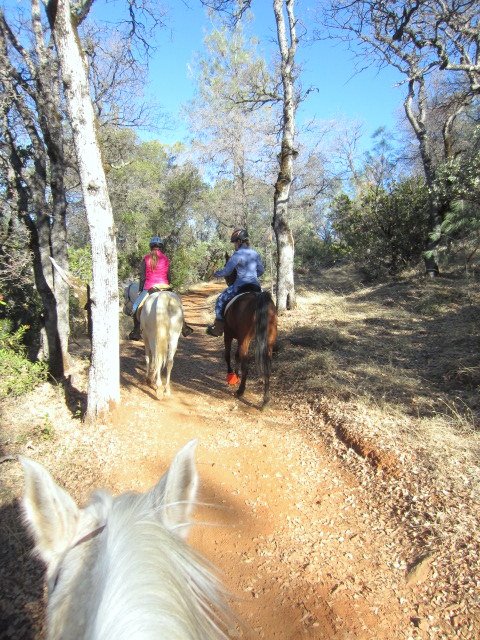 Walk, trot, and stop.  It was good for Farley who either wants to be a slug or “LET’S JUST GET THIS THING OVER”. 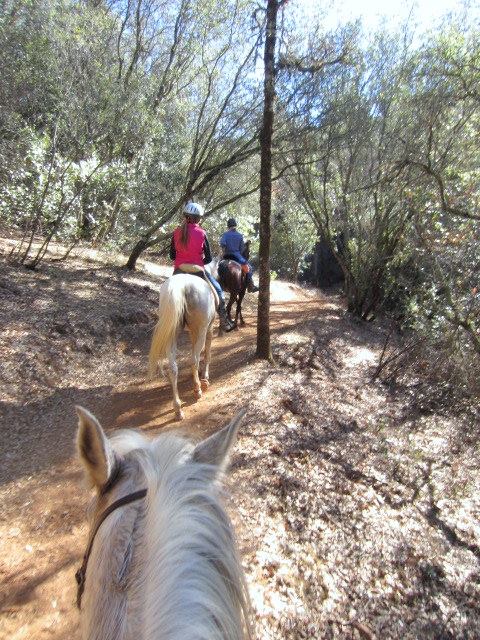 She even willingly, OF HER OWN CHOICE, trotted up big hills. I was impressed. The lazy 15 year pony (once we had a serious discussion of what in front of my leg meant early in the ride, that would have been well augmented by a dressage whip – but which I was not carrying…..At this point we don’t micro manage each other, BUT there ARE certain RULES that we operate within.  #1 – GET IN FRONT OF MY LEG) apparently thought a sunny afternoon in January was something to be enjoyed too! 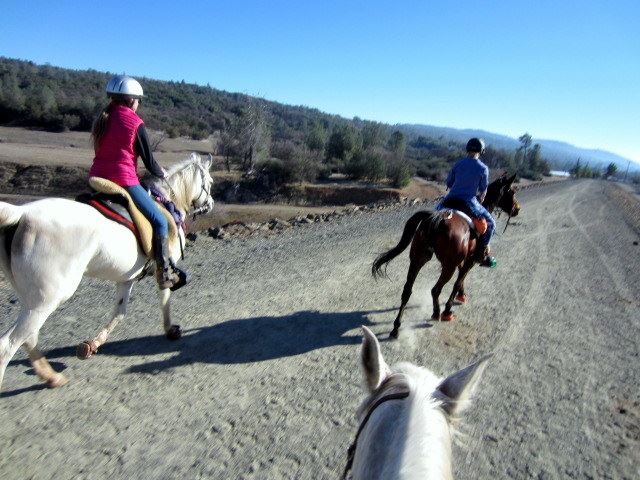 As Farley is 15, I’m looking at 2 year olds that will be about 7 when she’s 20…..so I am REALLY appreciating my bomb proof, go anywhere, do anything even-when-I’m-talking-with-my-hands-facing-backwards pony right now.

It would be easy to take credit for how *good* she is, but if I’m being honest, she was born good.  Looking at some half siblings out of the same sire and rush creeks to see if I can get that lucky again!

5 Responses to A birthday ride