In the spirit of Funder’s post here, I’m going to give you my version of how far and fast and often *I* go.

It’s one of the toughest things to figure out in endurance sports – how much is enough? It’s important question since over-use injuries abound in both horse and human endurance athletes.

My advice would be to look at people’s data (how far/fast/often do they *really* ride) and then listen to their thinking behind their program. And then make decisions on what you think will work for you and your horse.

I spend a lot of time talking about my thinking, so today you get to look at the data. Let me know if you have any questions. 🙂

I record additional information on each session, but I only included the data columns I thought would be useful in this context.

First up is my running log since August or so, through the present.  Just one screen shot for running – didn’t bother to get earlier in the year since this is an endurance blog, not a Mel-goes-a-runnin’ blog. (BTW – there were more than 3 people in my AG for New Year’s Race. SEVEN to be exact). 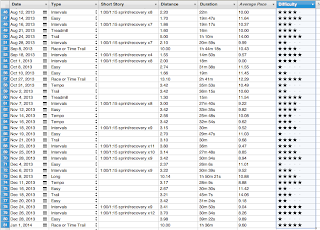 Below is the first screen shot of my riding year.  I managed to get the beginning of the year through Tevis in this shot.  No, I didn’t ride in 2013 before Feb 18….. 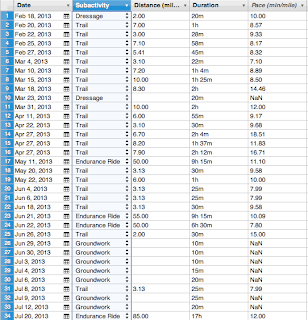 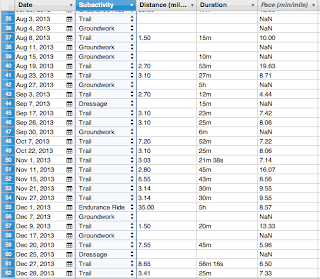 All that groundwork that you see listed are sessions as described in past posts, or it was heat conditioning for Tevis. What ISN’T recorded on Farley’s records are what I like to refer to as “6” or “10” legged runs – ie a lead line trail run where I was dismounted +/- Tess. Those get recorded with my running, not with Farley’s log. 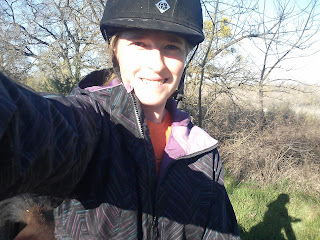 Actually, my first ride of 2013 was in the arena doing walk/trot dressage 2 days before. Because 2012 had ended in me getting bucked off on the trail (first time ever off of Farley)…..I never claimed to be a brave rider!

I went to the convention, and somehow decided to ride Tevis. 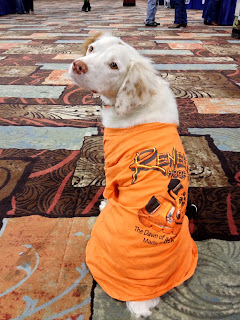 So I started riding again.

A lot more of these pictures 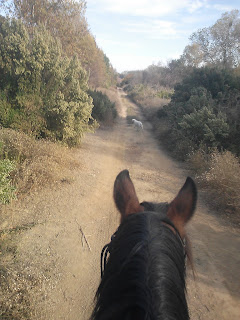 And even some of these: 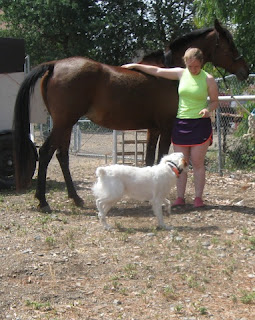 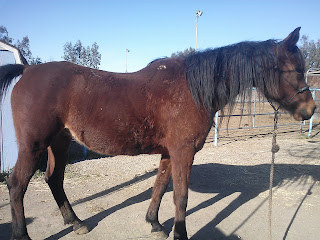 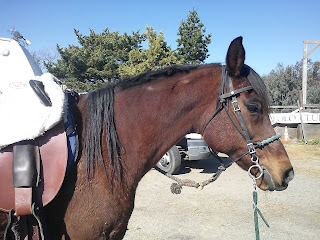 I went horse camping with friends 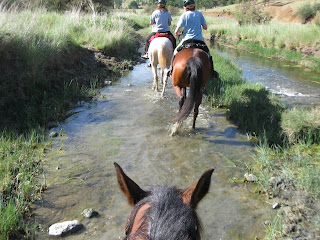 And crewed for one of the best teams in the sport 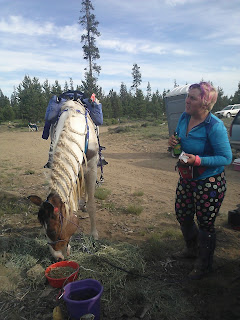 And I kept riding. 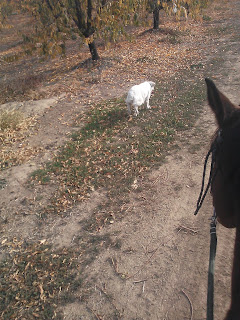 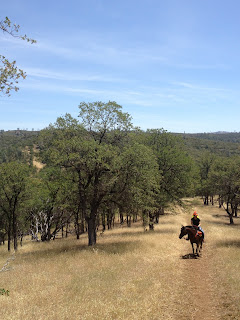 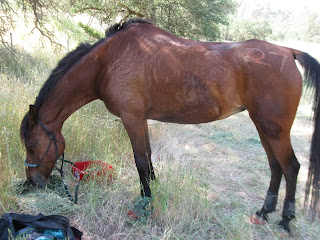 So I kept going 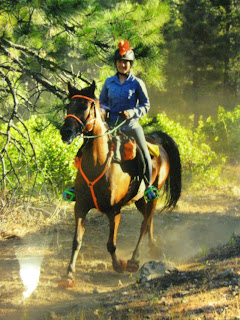 All the way to Tevis. 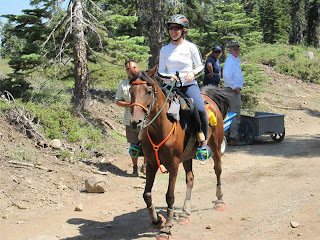 We didn’t finish all our rides. 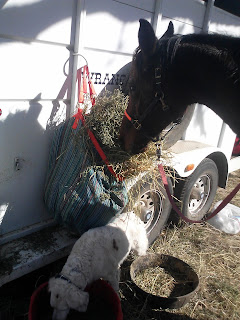 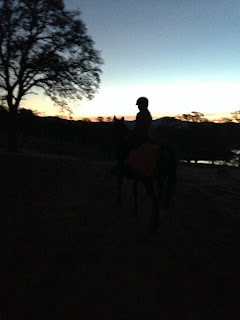 But, as far as I can determine, it’s nothing serious and so we ride on.

There were other successes in 2013 too, like another strong ride and tie finish.  A possible look at things to come in 2014 and the RnT championships. 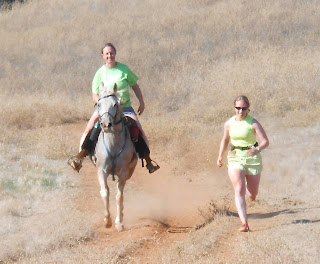 It’s going to be a good year. 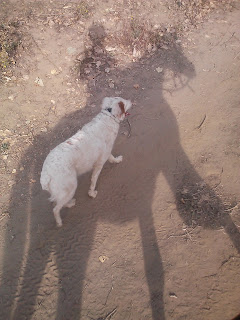