I have a fifty miler on saturday. That I am running without the benefit of a horse.

Five days. That, my Dear Reader, is getting real.

It’s time to start doing some damage control now that *MerryLegs seems to be on the mend.

Do you realize I haven’t run in a week?

Time to put aside the **FreeForm and go for a run or three in the next couple of days.

With strides. For better muscle tension. Based on a chunk of reading I did in Science of Running and some logic that I won’t bore you with.

How else am I preparing?

My last 50 miler was a last-minute affair. Afterwards I was curious what I could do on familiar trails with a bit more planning, and I wanted to see where I was in terms of fitness now that the pressure of the “first time” at the distance is over (and my brain governor can calm down a bit).

Unfortunately this training cycle hasn’t gone the way I would have hoped, but a strong 50 mile effort 10 weeks ago and a pretty awesome marathon 5 weeks ago means I might still pull off a good run. Although I hope to push myself, this isn’t a race for me – I’m still feeling out my brain governor and reassuring myself it wasn’t a fluke that I was successful in August.

After this race I’m going to shift focus from longer to going faster and putting more speed work back into the training cycle. In mid 2015 I anticipate a fairly substantial rest/recovery cycle, and then hopefully pick up again with going long and far….100 miles far.

When I finish a long run/race without muscle soreness, I know I could have pushed myself to go a little faster. Time on my feet is a significant part of the “pain” of ultras and everything doesn’t hurt as much if I spend less time on them….so minimizing pain in a race can often be about going a little faster.  It’s a balance between timing muscle fatigue so I have enough left to get to the finish…while not spending any more time on my feet than I have to.

I’ve been reading a lot of newbie 100 mile stories. Some of them are experienced ultra runners that are foraying into their first 100 milers, and some of them are more like me. One difference that is iterated over and over is that 100 milers hurt in a way that 50 milers don’t, often connected to time on the feet moving forward.

Sometimes at the end of a 100 the limiting factor in running speed is NOT muscle fatigue, but joint and connective tissue pain from being on your feet for 24-30 hours.

The bottom line? Taking a step back to refocus on speed for a while might help my 100 mile run be more doable if it means I can push the equation more towards muscle and less towards time on my feet.

I’m familiar with this concept from both my initial marathon training a decade ago and doing endurance on horses. I’ve always believed that training for endurance events is more about time on your feet or hours in the saddle than the actual mileage completed during training. In the same vein of thought, a 12 hour fifty is not always doing “better” by your horse if it’s perfectly capable of doing a 10 hour fifty.

Keeping in mind the human reported differences between running a 50 miler and a 100 miler, I’ve often wondered what is the most fatiguing for a horse in a 100. What is the limiting factor for speed at the end? Is in the cumulative time pressure of the saddle and tack? Is it being on their feet and moving for 20 hours? Or is it the actual muscle fatigue? What toll does hunger play at the end of the 100? We know that dehydration levels in finishing 50 and 100 mile horses is similar so I don’t think they are particularly more thirsty. If Farley could talk, I would limit her ****”gift” to telling me how it is to go 100 miles at a time with me in tow.

Off for an easy run with strides!  Wish me luck, we seem to be having a high-90’s heat wave this week. Lucky me.

*MerryLegs seemed to be doing better last night (at least she was eating), but then started pinning her ears and running away from me and being very difficult to catch. Very unlike-MerryLegs behavior. This morning in addition to continuing to hate me, her fever spiked again and she was dull and not interested in food. This afternoon, miraculously (and probably with the help of her morning bute), 24 hours post-vet visit, she became my pocket pony again, started eating her hay, and begging for attention. She was an angel for cold hosing, replacement of her standing bandage and vaseline/fly spray application. Being greedy about my miracles, now my pocket pony is back and eating, I *also* would like her to regain all the weight she lost as soon as possible and will look and evaluate her compulsively until she does so.

**Harder than it sounds to put it aside. I just made a couple of modifications to it that I’m really excited to try…and am a bit pouty I’m making myself run before I can ride again.

***I’m not even that bothered by the thought that something I really want to do is years away. For these big goals, anticipation is half the fun and the journey is often unexpected. Nothing drove that home quite like finally completing Tevis. Two to three years is the perfect length of time to get maximum entertainment value out of something so ridiculous as running for 24-30 hours.

****Farley would be SOOOOOO annoying as a talking horse

#1 The pus that came out of ML’s abscesses looked like this yogurt I had for breakfast. 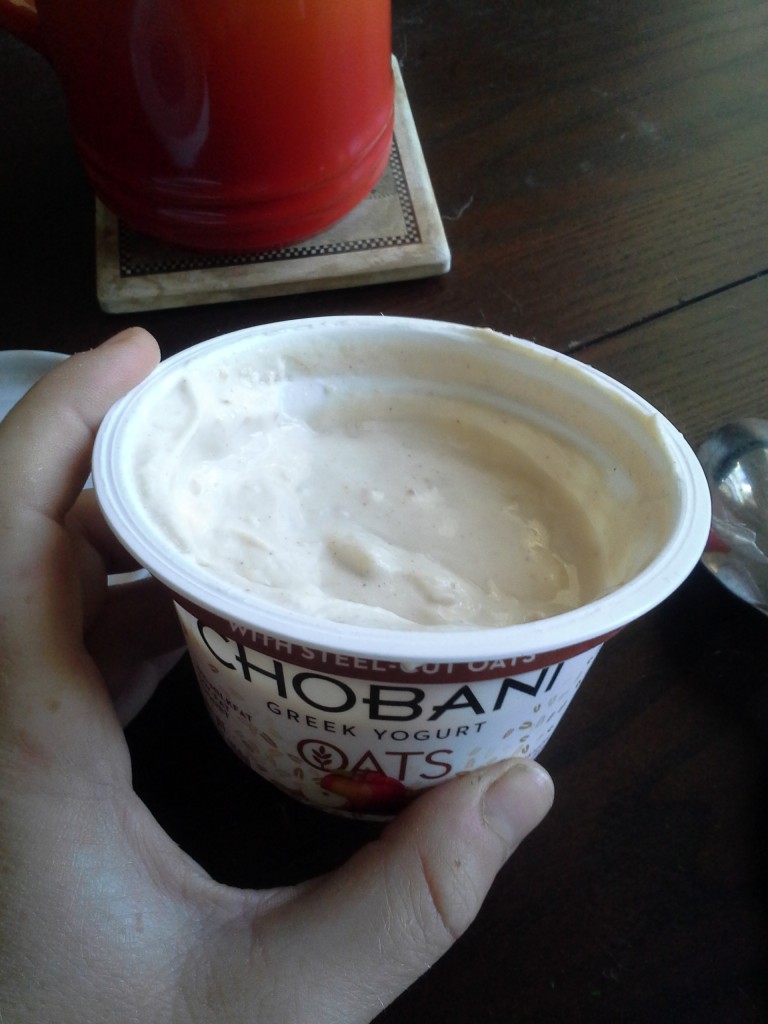 #2 Horses both hold grudges and forgive. ML hated me for a full 24 hours post vet visit. We made up this afternoon and took a picture to commemorate the event. 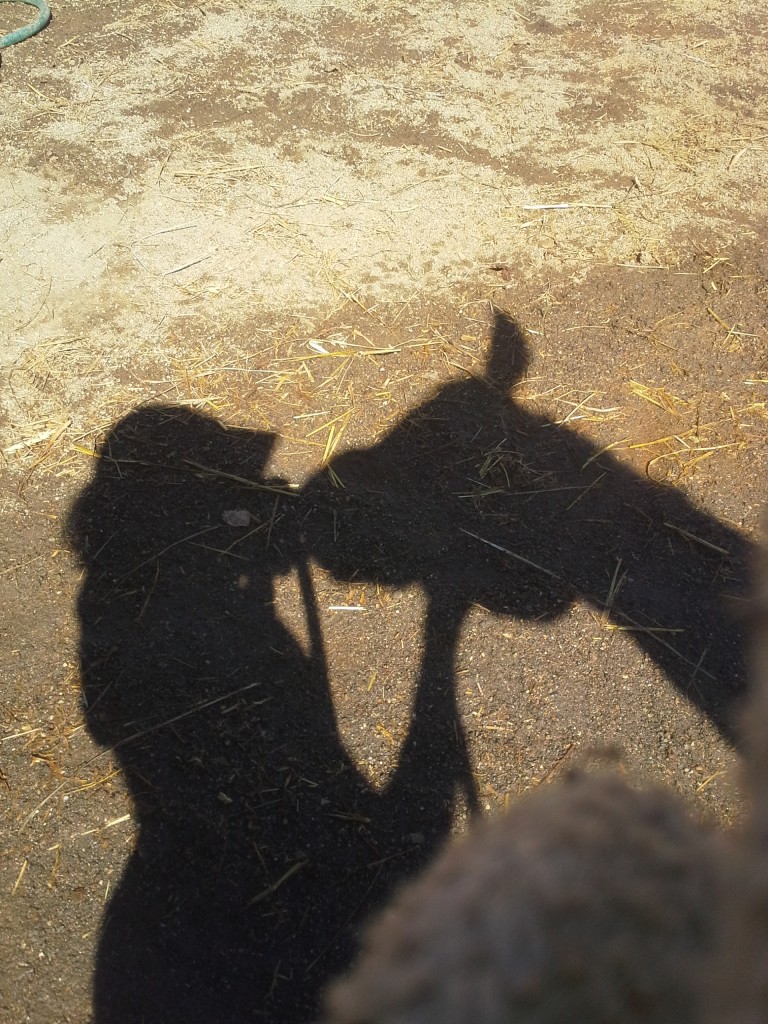 4 Responses to Getting Real