Was planning on writing a cute little story about how me and Farley went on a lovely little ride this afternoon since it would take too much brain power to write about Tig and a very interesting Farley/Tig ponying ride earlier this week.

I even took selfies of us prior to ride. 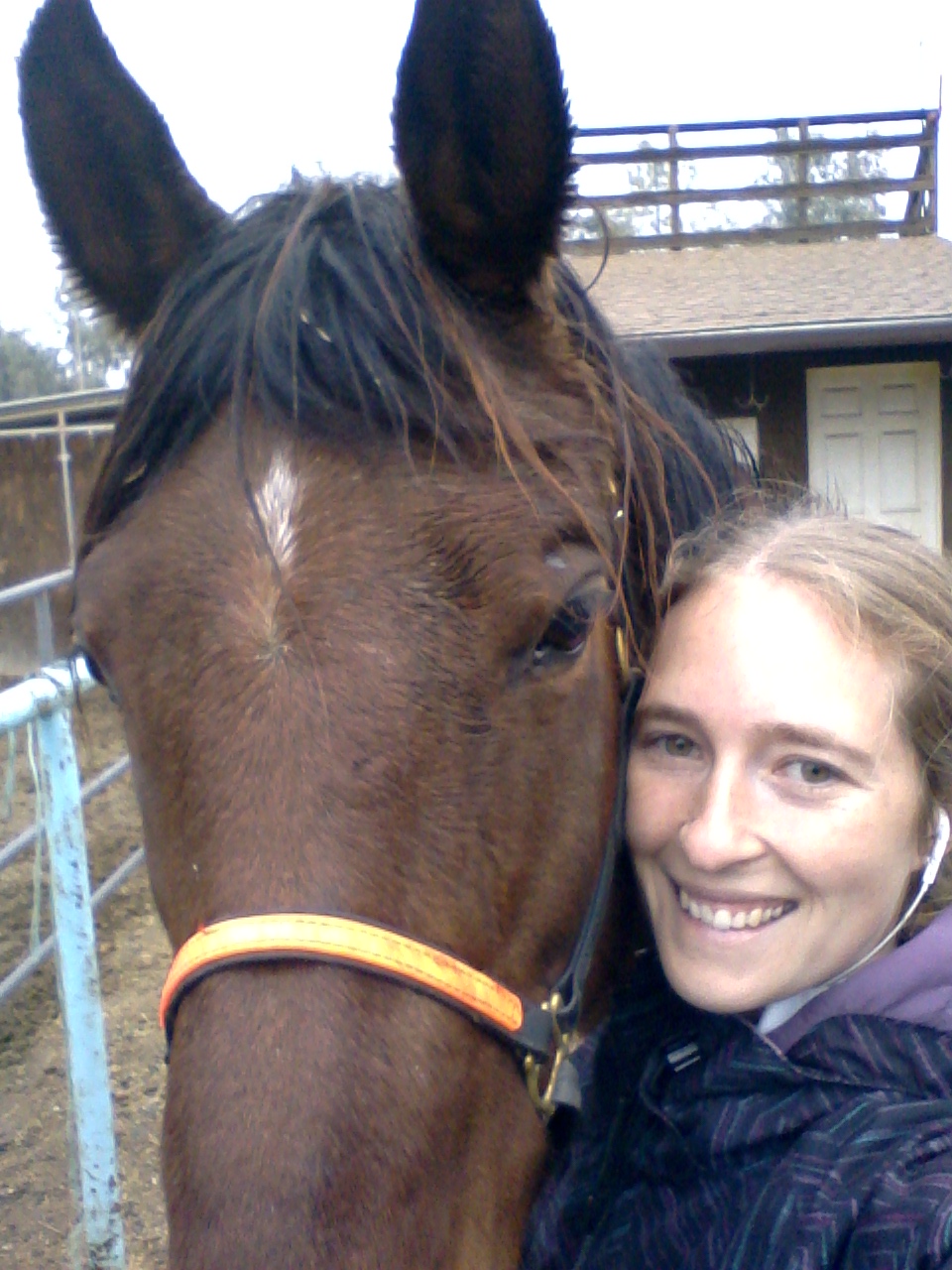 See how thrilled she looked?

Almost as thrilled when I saddled her up and she realized she wasn’t just being taken out for carrots and who knows what else . 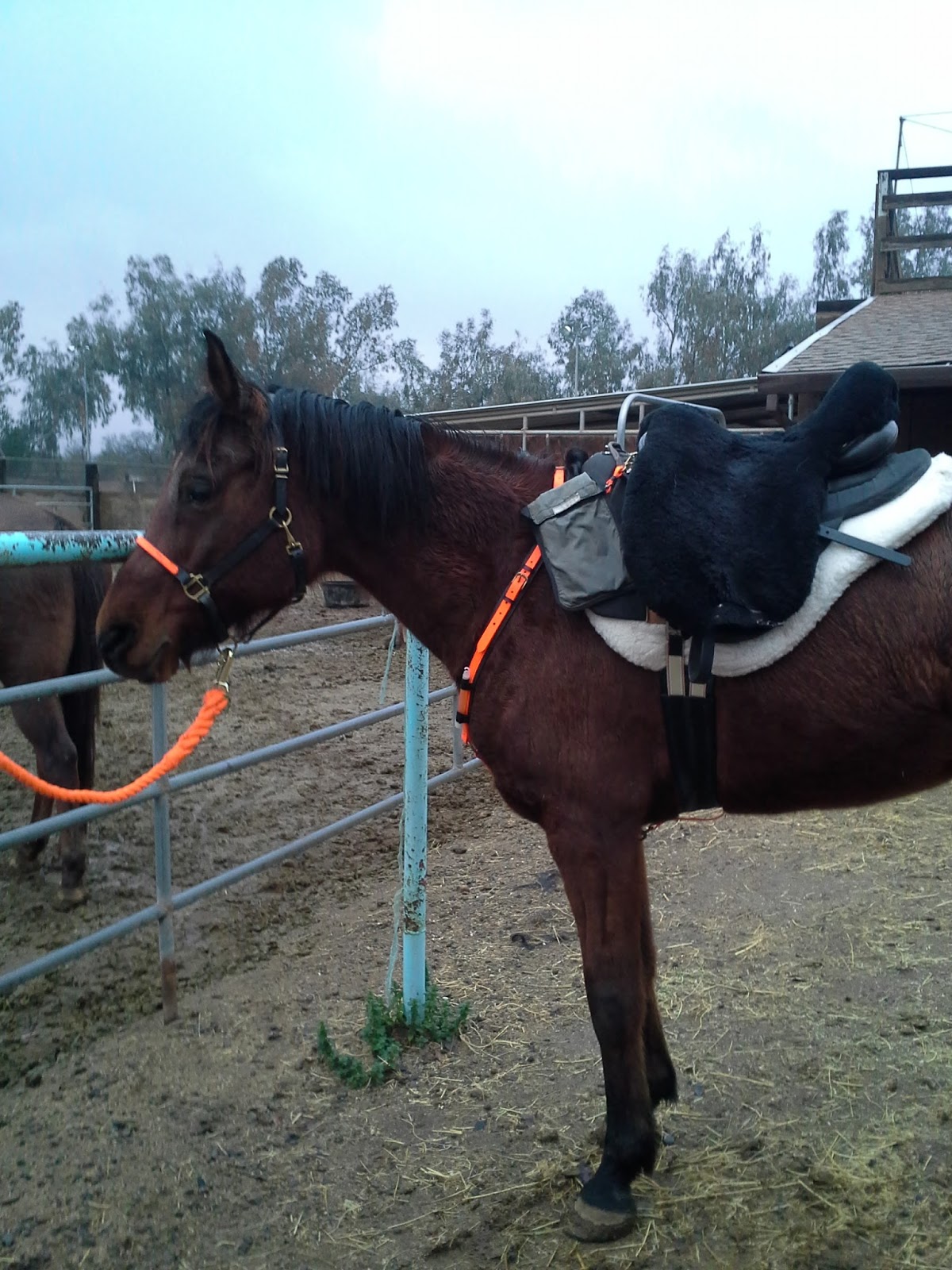 She gave me perhaps the worst ride I’ve ever gotten out of her in the 6 1/2 years I’ve owned her.

The footing was bad, the sky was grey (I’m very amused how my camera phone tried to “adjust” the exposure in the picture above and made it look like there was blue sky and clouds…..BWAHAHAHAHAHAHA.  It was totally grey and sun-less) it was misting/raining/sprinkling and she was infuriatingly BAD.

My head is still spinning. My blood pressure has returned towards the direction of normal.

Tig has been challenging this week. Farley actually put in a stellar performance on Monday that helped me out tremendously with Tig (more on that later). With all the drama, ALL I WANTED WAS A RELAXING NORMAL RIDE ON MY BROKE AND TRAINED HORSE.

Today reiterated that the difference between Farley (15 year old with thousands and thousands of miles) and Tig (4 year old who just cantered under saddle last week for the first time) isn’t necessarily that one is EASIER to ride. Farley is just more PREDICTABLE.

As in, PREDICTABLY doesn’t like rain. Or quiet trail walks in bad footing. Or conditioning. Or doing something she sees no point in. But PREDICTABLY when the sh*t goes down, she isn’t going to dump me or hurt herself.  Which is reassuring…..BUT DOES NOT ENDEAR HER TO ME WHEN ALL I WANTED WAS A NO BRAINER RIDE AND SHE DECIDES READ ME THE BOOK “MARE EVASIONS – PUTTING THEORY INTO PRACTICE”.

The good news is that Tig already has 2 rides this week and a third planned for this weekend, and there’s absolutely no reason to take Farley out again before I’m good and ready….so I can pretend horses don’t exist for a couple of days, go out for some nice mood-cleansing runs, and take some deep breaths. (while studying for Monday’s test, Wednesday’s surgery etc.).

Not cool Farley, not cool at all. Be good or I swear I will RETIRE YOU and will call you old to your face instead of just behind your back. Getting ALONG and LIKING each other for 12 to 24 hours at a time on the trail is PART OF THE JOB DESCRIPTION.  Not just being fit and trail savvy.