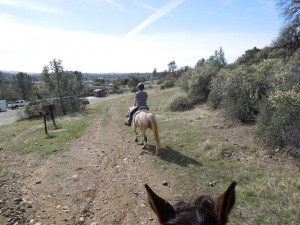 Today I filled my day with ears.

And friends, and horses, and sunshine. 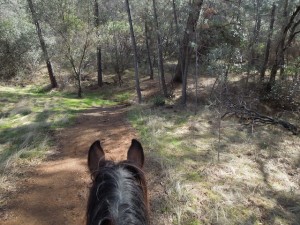 It was needed and well deserved. I’ve had 2 horse related falls in the last 2 weeks (ever had whiplash from a bucking horse?), got the sh*t kicked out of my leg by a cow during a surgical procedure last week, and then went “falling down onto not so soft white stuff” yesterday that left me incapable of mounting from the ground.

Or at least, incapable of doing so without copious amounts of whining. 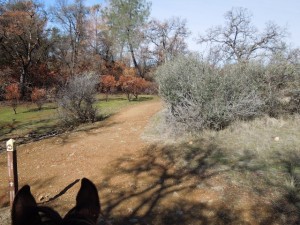 I briefly contemplated putting a hackamore on Farley for the ride and THEN remembered that she was not exactly an “angel” last time we were out and decided to set ourselves up for success. 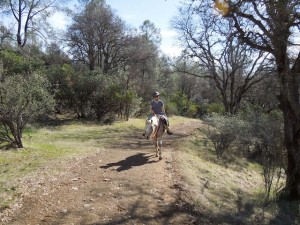 About a year ago I put a sheepskin cover on my saddle.  During the rather large storm with rain + wind last week the sheepskin got wet in the shed I store my tack, so I pulled it off.  After replacing my iron stirrups with caged stirrups (for safety…..trying to be good) for the ride, one more tack adjustment was just *too much* so left the cover off. 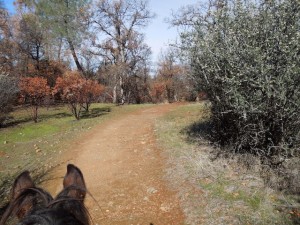 Boy oh boy oh boy.  Either those 15 pounds lost created all sorts of pointy bits that weren’t there before or I’ve gotten soft.

How in the WORLD did I ever do 100’s without a sheepskin?  Seriously.  I must have been very bad ass.

Now I’m less bad ass.  Much less bad ass. Along with being a fair weather rider, you can chalk me up as needing sheepskin EVERYWHERE, much like an overly sensitive arab. Does this make me a soft ass? Pansy ass? 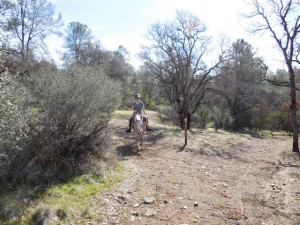 Farley, spectacularly unmotivated to condition like usual, managed to pick up the pace once we were half way through the loop and she realized it was faster to go forward than to turn around and go back to the trailer. 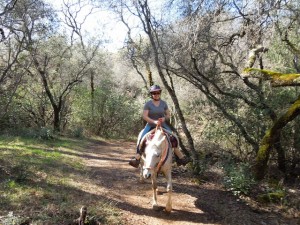 I tried out a new pack I got for running and since trotting is very similar to jogging, wore it today.  As a result I was very very very……let’s say…..”hydrated”.

Mel has to get off and pee.

Quarter mile from the other trail head that has a restroom?

Must gallop horse quarter mile in order to come to a sliding dismount and run to potty.  (as a a side benefit – going along at a good clip in the gravel did self trim her hooves and sole *beautifully*) 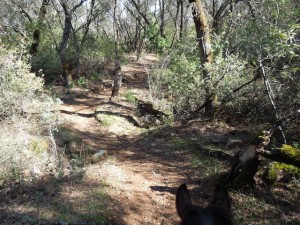 Really, being over hydrated is over rated. 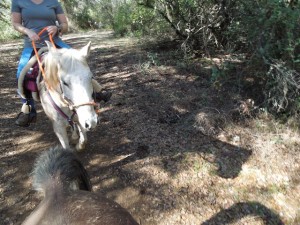 I contemplated my ride goals for the season today.

A 50 miler of course – one more year towards our decade team goal.

A ride and tie championship buckle – although whether that’s on Farley or a different horse remains to be seen.

In my wildest dreams…..Virgina City 100.

That entirely depends on on whatever caused the lameness at Tevis and half way through gold rush shuffle (best hypothesis right now is a rock bruise) NOT reoccurring, my clinic schedule (yet to be published), and whether or not doing a 100 this year on Farley “feels right”. 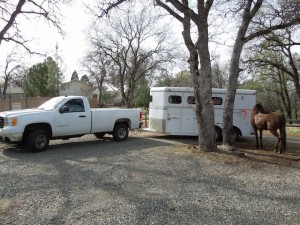 Today Farley powered up hills like it “ain’t no thang” and I reminded myself that I didn’t start preparing for 2013 Tevis until about this time last year. And we made it 85 miles with Farley looking and feeling better throughout the ride than any other previous 100 mile attempt.

I was pleased to see a hint of muscle on her scrawny arab butt. 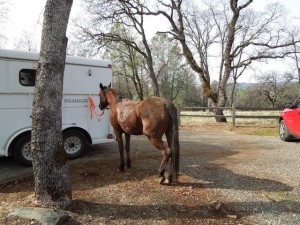 Can you believe that I roached this mane down to the SKIN 1 year ago? Me neither. 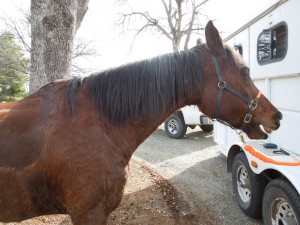 Today it was just long enough that I remembered why I roached it in the first place – it gets tangled in EVERYTHING. 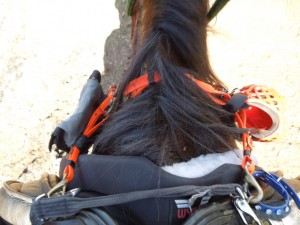 Of course, as I grabbed on, went into a 2 point and let her power up hills at whatever her horsey heart desired – I was reminded why it’s actually quite nice to have some handfuls of mane. 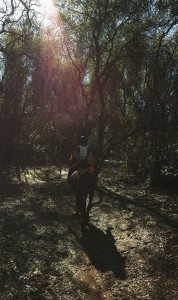 Sometimes the best legal drug in the world isn’t caffeine or alcohol. It’s looking at the world from between the ears of a horse.  I hope you enjoyed my ramblings and contemplations – I know it was such a gift to be able to think about such trivial stuff on the trail today – a break from cases, records, boards, and responsibilities beyond what I owe to my horse.