I recently did the Fall River Century.

When I started this post it was “yesterday I…”. Then “last weekend I…” At this point we will settle on “recently” as I have been drowning in work shifts and thwarted by stupid word press problems and just now getting this published. So anyways. In the not so distant past I biked 100 miles. 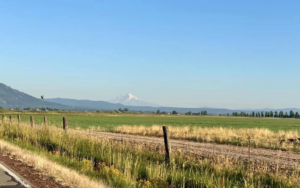 Ride was gorgeous. I didn’t take any pics. Fortunately the triathlon club teammates did. That’s Mt. Shasta in the background.

I mean, duh. One takes 7ish hours and the other takes at at least 24 hours for this slow-ass runner. There is probably something that I could do for 7 hours that is harder than running for 30 hours (swimming comes to mind), but biking isn’t it.

*desperately trying NOT to use the word “riding” to describe the bike ride as that will muddle the terminology in this blog until my head explodes. Is she talking about riding horses? riding bikes? I just FINALLY stopped calling the aid stations during a run “vet checks.” This is getting so complicated. 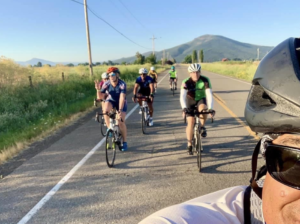 Me in the center way in the back.

So, what does biking a century feel like if it doesn’t feel like running 100 miles? I would compare the effort needed to finish a flat-ish century as similar to a moderately difficult 50k trail race.

Here’s the thing. Easier isn’t a bad thing, but it also doesn’t make for good blogging.

Where the blood? The tears? The dark night of the soul? 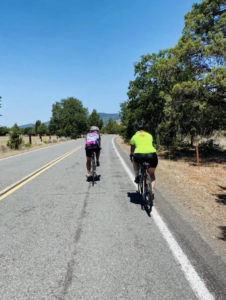 Me in the back again. But maybe not in the back since someone had to be behind me to take this picture?

So, let’s just sum up the ride like this. Incredible scenery. More delicious food than I could possible eat in one day. Amazing volunteers and race organization. Supportive teammates out on the road. Highlight of the ride was getting up to FORTY-TWO MILES PER HOUR speeding down a long straight hill with excellent pavement. The secret? I told myself I was going 25 mph and I picked another person traveling at the same speed ahead of me and fixed my eyes on that “fixed” point and lived in denial of how fast the pavement and trees were flying by. 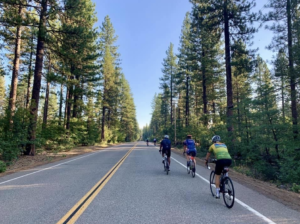 Have I mentioned that I got all of this for 60 bucks, plus another $5 for tent camping? #LetsDoCenturies4Ever!!!!!!!!

I know as I push harder at future races, things will get more interesting.  I think biking centuries is a sweet spot between an endurance effort of just surviving the mileage, while being short enough that I can push without sacrificing a completion. 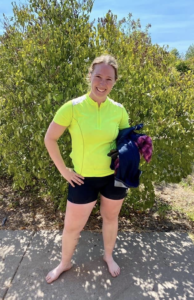 I managed to sneak into the finish without anyone noticing which means instead of the customary pic of me with a bike at the finish, I was accosted outside of the showers with an armful of underwear and clothes by a teammate for my picture :).

Since the most exciting thing about this ride was that I didn’t die while moving 42 mph, let’s talk about some of the best advice I got for biking this century from the experienced riders, and then I’ll share some of the “newbie” perspective advice that I would give to another newbie. 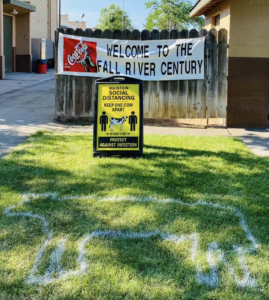 There were spray painted cows all over the ground to remind us to keep a cow distance apart LOL! 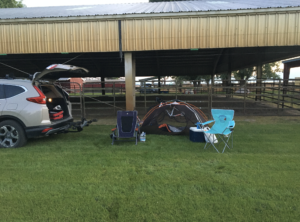 I love camping on site. 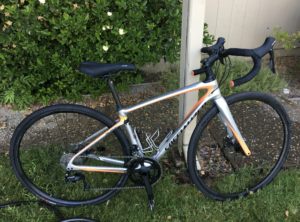 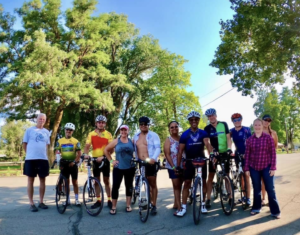 My teammates that rode the rode, minus a couple who rode shorter distances and had to leave early. Most of the folks here rode the double metric century that followed the same course as the century until about mile 55, so I got to hang with the group, draft, and enjoy their company for the first half of my ride.

Nailed it, Failed it

No, we aren’t going to pass this ride by without our usual post-event analysis! 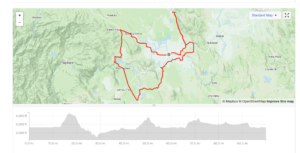 Map and elevation profile of the Fall River Century

Let’s talk about the good first! 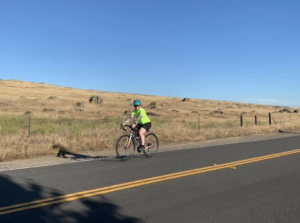 That’s it for the century pictures. How about a random picture of me biking at home? I only have one bike jersey which is why It’s practically the same look as the race. 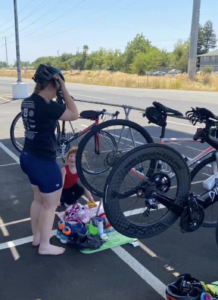 I’m out of biking photos AND century photos, so how about pics from this weekend’s transition practice clinic with my triathlon club? I’m not at all sure I’m going to do a triathlon, but it’s fun to learn new things.

The top three glaring fails of the ride. 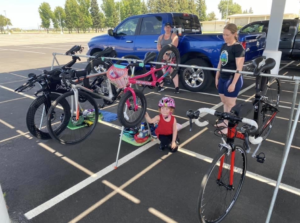 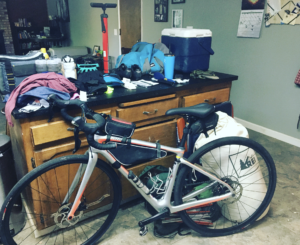 Turns out that riding a century also takes a lot of crap – just like any other endurance sport. Although it was a lot less mental work to prep since no drop bags!

Random bike jersey. The only one I own.

$20 sunglasses from Amazon that don’t slip off my nose and make me bike while grimacing and thus filtering bugs with my teeth,

Random bike gloves. I don’t love them. I don’t hate them. I meh them.

Bento bag, frame bag, under the seat bag (with tools and tubes).

Two water bottles – one straight water, one with Hammer’s Sustained Energy (I’m finding I like this better than their Perpectum product I have been using).

Bonus – I haven’t been blogging much so how about a little catch up picture-style for those of you that don’t see my facebook or instagram (@drmelnewton) stuff?

Bad ass pics from one of my favorite trails in Northern CA. 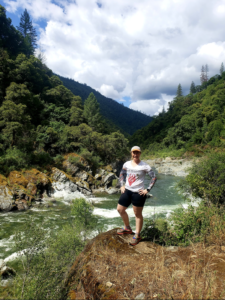 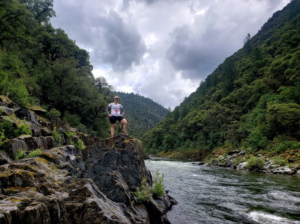 I’m doing some open water swimming! It’s hard and scary but I’m getting better and it’s not a bad thing to do things that scare you. 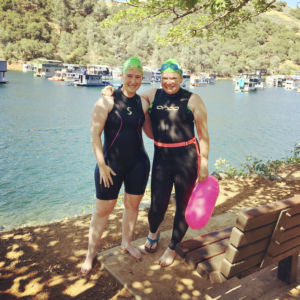 Above: Englebright with fellow blogger, runner, and rider Cyd!

Below: Swimming in one of my favorite Alpine lakes on a camping trip with a view of Lassen in the background. 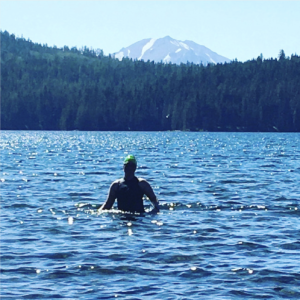 Miss Paige. Who seems to think that just because you are going camping doesn’t mean you need to dress anything less than fabulously. 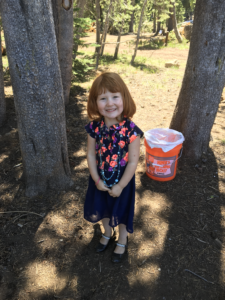