What is your long run?

Not just a long-ish run, but a LONG run.

For me that is five hours, or runs longer than 20 miles.

It’s where the *magic happens.

*Did you know there are whole sections of the population that get no enjoyment out of exercising??????? Like, even if they do it for a while they don’t actually enjoy it? I’m reading this book called “Exercised” and apparently two-thirds of the population don’t enjoy exercise. That’s a MAJORITY. I don’t get it. If someone offered me a chance to go running or go see a movie, I’d choose the run every time. I would run if it made me gain weight (it does), lose weight, or did nothing. I’d run if it cost me money (have you seen the entry fees to most 100 miles?). I truly didn’t understand that the reluctance to exercise was anything beyond just not being in the habit or finding the right activity.

For me, five hours is different than four hours, but not that different from 7 or 8 hours.

My brain takes five hours seriously. It’s a long run, not a tempo run, and I automatically settle into my all day pace. I don’t feel rushed or pressured to get done. I’m going to be out here for a long time, so I may as well enjoy it. Take some pictures, explore that new trail that I’ve always wanted to go down and see if it connects where I think it does. 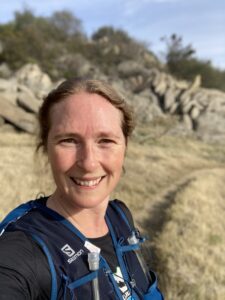 It’s not all unicorn rainbows and sparkles (words which I have been informed by my five-year old that she will shout if she’s feeling especially happy at the moment).

Five hours is also about the time my mistakes start to matter.

I am a very slow learner.

I have never, in my 20 years of running distance, EVER been able to get through a 20 mile run without supplemental electrolytes. It doesn’t matter if it’s 100 degrees or 40 degrees. Whether I’m eating real food or gels (ugh. The fueling mistakes I made when was a teenager running marathons based on the current wisdom of the time…). Whether I’m drinking water or sports drinks. I have to take electrolytes or I start to get calf cramps. I sweat a lot, and apparently excrete a lot of salt, even on cool easy effort runs.

Did I take electrolytes on my five hour run last week?

Did I briefly consider it at the car, and then decide “nah, sounds like too much trouble to find a ziplock to throw a couple salt caps in?”

And also, for some reason that is unfathomable to me as I sit here on the couch, did I also decide that two 500 ml bottles of water would be “just fine” and “maybe there’s a spigot at my turn around to refill,” despite running this trail a million times and not being able to specifically recall any sort of running water at any point on the trail?

You may think that my dedication to my post event Nailed it, Failed it blog posts are because of some need to help others not make the same mistakes I did. Nope. They are actually because my future self can’t make good decisions and after a few months since my last long run I revert back to some naive newbie at the height of the stupidity curve. 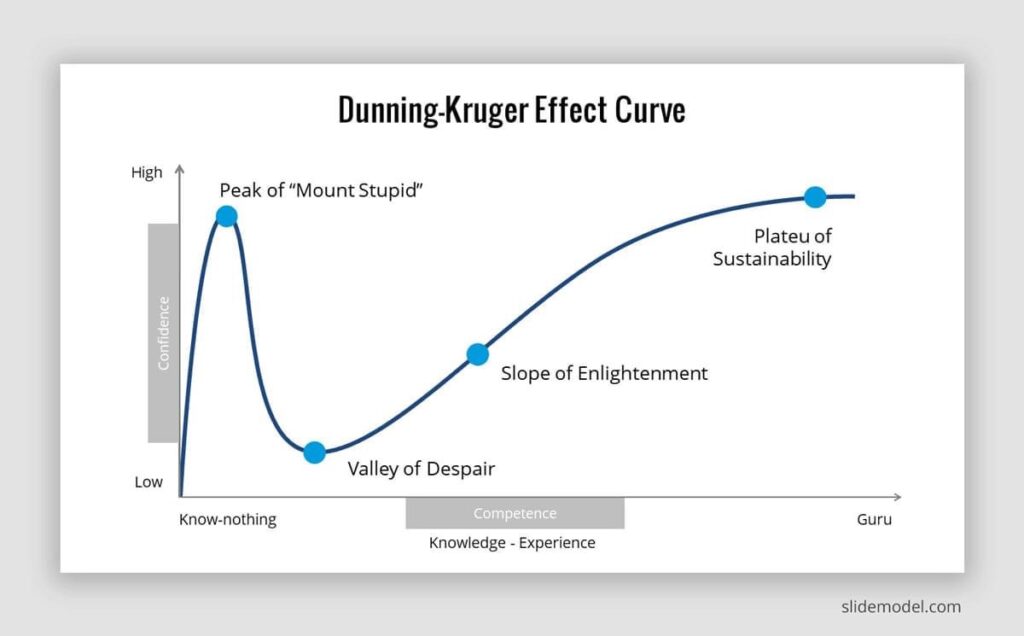 When I was 200 calories short, out of water for the last hour, and gritting my teeth through painful calf cramps at the end of that five hour run, was anyone surprised?

Five hour runs are also my check-in to identify holes in my training.

It’s been almost a year since I’ve done a long run. I’m stronger, more flexible, and can run the flats a bit better. What do I need to work on? My walking and hiking pace. It’s gotten woefully slow and I’m back to my old walking pace – or even slower if that’s possible – before I started working on it.

Time to put in the work. I’ve already done two power walking sessions since the long run and I’m hoping to bring my pitiful 15:30 walking pace back up to a sub-15 min/mile. 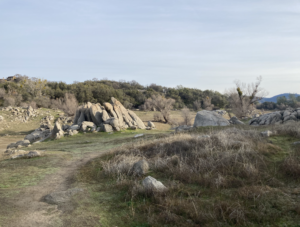 In the past I’ve used long runs as a reality check that I needed more yoga (hip flexors ouchy), or strength training (sore abs after running down hill), time on my feet, or speed work (not able to keep going on the flats).

Five hours of running is more of a mental accomplishment than an athletic one. I’m usually not especially tired or sore after a long run. Instead, it’s uniquely a mental training exercise. I need to be dedicated to the small self-care steps to keep the physical suffering to the minimum, so I sustain forward movement for as long as possible.

I’m always surprised how hard this ends up being.

Putting lube on the right places before they start to chafe. Bringing the electrolytes on a cool day for an easy pace. Planning ahead of what I’ll need in four or five hours. Working through and facing the difficult moments of the run head on because there is no other choice. An interval run may suck for 4 minutes at a time, but being trapped on a trail with just yourself, your thoughts, and whatever you brought with you in the middle of a long run is a different kind of suck.

There’s a point on a long run where the miles start flying by. Miles 1-5 crawl by…but after an hour two the miles start to fly by so fast I can’t remember what mile I’m in. I have to start thinking of the mileage in 5 mile chunks instead of 1 mile increments. I alternate between being in the moment completely and utterly, and daydreaming off in lala land. 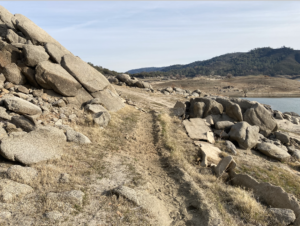 It’s hard to find the time to go out for a five hour run with a job, a small child, and other responsibilities. It’s easy to squander my big chunks of time that it would be possible for a long run and do other things. But, nothing makes me quite as happy as that long run, which is something I remind myself whenever I’m laying on the couch and binging five hours of Amazon Prime or Netflik instead.

4 Responses to The Long Run