Home » Uncategorized » May I announce…..

The new Melinda. Or rather, the old Melinda. That isn’t really right either.

How about, It took me 18 months to find myself again after a load of huge life changes, and to my delight, I was in there the entire time.

I adore this picture. Rarely do I actually pose and smile for a picture (just ask my mother, who takes the majority of pictures of me that appear on this blog. The vast majority, like all of them, are candid because of my absolute zero tolerance for humoring a photographer). This makes 2 pictures of me SMILING on PURPOSE (not just squinting at the sun…..) within months of each other (the other was me showing off earrings and a black dress). It has to be a miracle. 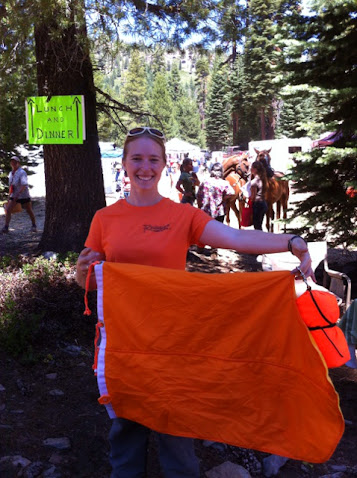 ***To be entirely fair I do pose and smile with Matt during pictures since he’s even more camera phobic than I am and we have reluctantly agreed that at least SOME posed pictures are necessary, as we realized that less than a handful of pictures existed of us as a couple, even after a decade of dating. but I would argue that posing with a loved one is an entirely different matter than standing all by your lonesome and not looking like some maniac serial killer. 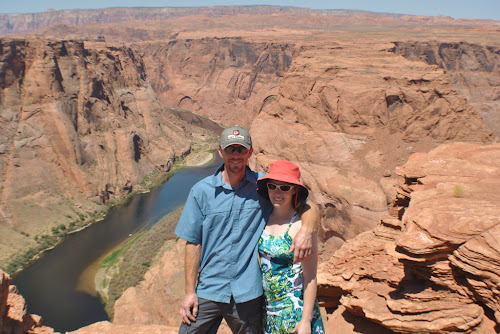 And on the subject of pictures, here’s another random Tess picture. 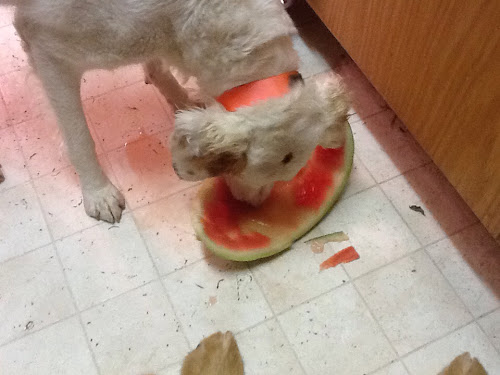 Did you know she can clean out a watermelon rind faster and cleaner than any other animal I’ve ever owned? (Yes, my horses and rats got the occasional watermelon). The other dogs in the household where not nearly as talented. Seriously, she scraped every little bit of red off, and never touched the white or green rind. Smart girl 🙂

And yes, those are Golden Retriever Paws in the bottom of the picture. She didn’t let him have any of it, but when I offered it to him, he proved to be dumber than a box of rocks and sorta licked it. Considering that he seems indiscriminate about what he puts in his mouth when alone in the back yard…..I find it odd that he is suspicious of EVERYTHING that comes from my hand. The German Shepherd attempted to eat the rind and make a mess, so in the end, I decided only Tess was adorable enough for watermelon on the kitchen floor.

And yes, this could have gone on Tess’s blog, but I’m tired, it’s after 11pm, and I promise to do better next time. Maybe. Unlike in real life my promises on this blog seem to have little meaning, and I am continually missing deadlines and making excuses. When endurance blogging make me rich I promise to be prompt and entertaining. For reals.

4 Responses to May I announce…..