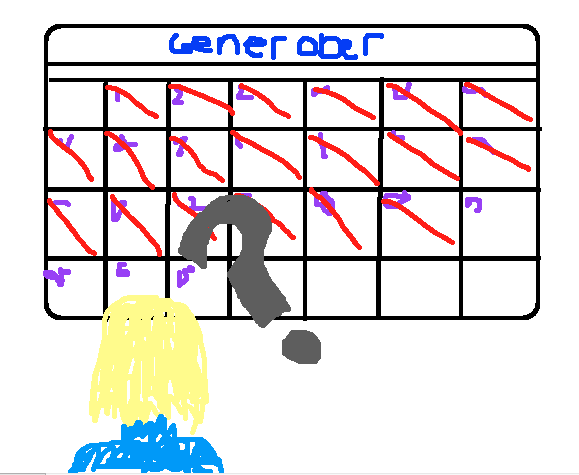 As you will see, November behaved itself all the way up until the midpoint. And then things generally went insane (again).

This happened, followed by this, and of course this. And…let’s not forget that wee little test I took yesterday?

There’s no doubt about it, this month has been challenging (who am I kidding, the whole year has been a challenge).

This blog is not a journal of Mel’s life. But sometimes happens in the non-horse and non-endurance portion of my life that is clogging up my brain to the point where it’s impossible for me to compose posts without addressing it.

Here’s the problem with sharing the lows. When it comes to the struggles, how am I sharing anything beyond complaints?

This month I realized something important.

Me, in a comment to a friend
I struggle with this concept (the difference between whining and lamenting) on my blog, as you’ve probably read over and over and over and over……I do think of this (whining versus sharing a true struggle of what it’s like to be human) and I try so hard on my blog to write from a place of “I am human therefore sometimes I struggle” instead of whining.
Friend:
“Melinda I think that struggling ignorantly (i.e. without thought) cheapens the human experience. Surely if we are made in God’s image that means that the struggle has meaning that it would not if we just suffer at the hands of life like an animal. So, thoughtful struggle generates laments and ignorant struggle generates whining. Glad we got that settled. Put on the bagpipes!”

So, before we get to our typical IRL post stats for the first half of November, I’ll share the highlights of the last part of the month.

I completely fried my computer on Thursday. Which means beyond composing this post on my ipad (so much fun…), also means moving my hosting – which I was in the middle of – absolutely can’t happen until I get a new computer. Which sucks because I absolutely HATE my current hosting and now have to stick with it for at least another month. Don’t use GoDaddy. Ever. Just don’t. My latest back up was 2 weeks old, but because most of what I do on the computer is synced to some sort of cloud, I think the only casualty (beyond ruining my several-thousand-dollar-you-have-to-buy-the-one-the-school-tells-you-to computer that has to get replaced. ) was the generic, yet pretty pictures of Tess and me on a trail run together at the beginning of the month. {UPDATE: computer minus the keyboard works when a new harddrive is put on it…and I looked through my back up and found the pretty Tess pictures!  So added to the post. Life is getting better!}

I briefly turned into a completely irrational human being (related to the irrational human being that last night burst into tears when I realized the fitted sheet on the bed was wrong side out and I was not being allowed to fix it and had to sleep on it that way) when I checked a tracking number and saw that the post office decided I had moved and left no forwarding address and thus returned a package a friend mailed me from all the way across the country. I actually walked outside this morning to look at the numbers on the outside of my house to verify that yes indeed, those were the same numbers that have been there for the past year, and yes I gave her the correct ones.

During this rotation I had a Salmonella positive patient that had the sort of Salmonella that kills horses. Quite lovely if you have a recently sick young horse who is on long-term antibiotics that you are treating 2x a day. Definitely does not make one want to spontaneously go for a ride after work, even if there was time on this rotation.

I had a lot of late nights in the last week prior to Thanksgiving. A LOT. I also had a headache most of last week. It sucked.

Earl Grey learned a new trick. It’s not a good one. Well at least in the sense of my continued patience with him. You guys will probably think it’s a most excellent trick and find it highly entertaining when I share it.

I rarely have nightmares and I had 2 remember-able ones last week – in the first I personally euthanized Farley because of some tumors, only to have other vets tell me later that she could have had 1 more good quality riding year. The second one Matt died of cancer. Is it any wonder considering all the death in my personal life combined with me doing a good number of euthanasias? And of course the obligatory I’m-late-and-can’t-find-the-testing-center nightmare the night before boards.

Tess has started to have some serious behavior problems that stem from me being gone 18 hours a day (another subject for another post on another blog, soon I promise).

Honestly it feels like a LOT longer than 2 or 3 weeks since I’ve been able to do anything but eat or sleep on the rare moments during this rotation I’m home longer than a nanosecond. But that’s part of these IRL posts – to keep both the highs and the lows in perspective. Because apparently, according to my records, the entire month didn’t suck.

Some spray bottle lessons, the best hoof trim so far (she’s gotten so good with her feet!), and a really long solo trail walk with just her and me and Tess. I think she liked being out on the trail without Farley, and I was surprised how much she seemed to enjoy having Tess around.

She’s put the weight back on, is predictably stir crazy with the massive amounts of rain and mud we’ve had lately and really starting to look like something rideable in terms of physical development (although watching her put her feet VERTICLE ABOVE HER HEAD in a very athletic buck yesterday was NOT the most reassuring thing.)

Goals for ML? I’ll be perfectly happy to send her off to a trainer in a couple of months with nothing more under her belt than good understanding of handling from the ground and let the trainer build on whatever I give her for 30-60 days.  So, I’ll continue to just treat her like a horse and deal with issues as they come up and work on the little things that will make her a safe and easy horse to handle. Could I delay sending her off and do more of it myself? Yep. But since I don’t really care that she’s rideable at the end of that 30-60 days in her 3 year old year, I’m perfectly happy to have someone else do some of my work at this stage, since I simply don’t have the time in clinics to do anything serious or consistent with her until at least next summer. So why send her off at all? Because the point of sending her off is more than just “swing a leg over her back and teach her to be a saddle horse”. I believe that horses grow up and mature by doing, not just by having birthdays. Just the act of sending her off and giving her a new mental stimulus will mature her in ways that staying at home will not. By sending her off in her 3 year old year to get some “baby lessons”, including up to swinging a leg over her back and saddling up at least a couple times, will prepare her better for her 4 year old 30-60 days where the goal will be to have a greenbroke saddle horse.

Two driving sessions. A shorter arena one, and a much longer trail one.

(please use your imagination and insert pretty picture of a happy Tess and me running along a beautiful hilly trail). {See update above…I found the pictures!  Have edited and put them into the post :)}

Surely 3 weeks off won’t be a complete disaster when I get back into running today? I am much more hopeful today’s run won’t be a disaster with proof that I did indeed have successful, fulfilling runs less than a month ago.

I’ve had huge problems with sinus/nasal congestion and muscus on runs my in the last 2 months and unable to ignore or deal with it anymore finally started taking a daily allergy pill again. Which I haven’t had to do in at least a decade (like most things in life, when it starts to affect my running or riding….). And it’s done NOTHING for me. I’m using the product that I used to use that worked OK (claritin), but will switch to zyrtech and see if it’s any better. If not, I guess I will just have to deal with choking on my own plegmn during sprints for the rest of my life. (great).

One year ago: I Know my job! The role of anticipation in endurance horses