Aside from “scratch the ponies and feed carrots” session last week, neither horse has gotten out in the last 2 weeks. Most of my rotation blocks have proved to be flexible enough to find the time to run and ride, but I knew it was unlikely that my medicine rotation would be one of them.

So, I bid my apologies to the ponies as I sped past the stable every morning and evening for this 2 weeks medicine block and knew it wouldn’t last forever.

Saturday was my first day off and the agenda was to worm and vaccinate.

West Nile on one side, tetanus toxoid on the other – no drama.

Set the wormer tube for a 1000 pound dose and squirted it in the back of the mouth.

Farley looked at me calmly….and then spat the congealed gel into a pile on my feet. 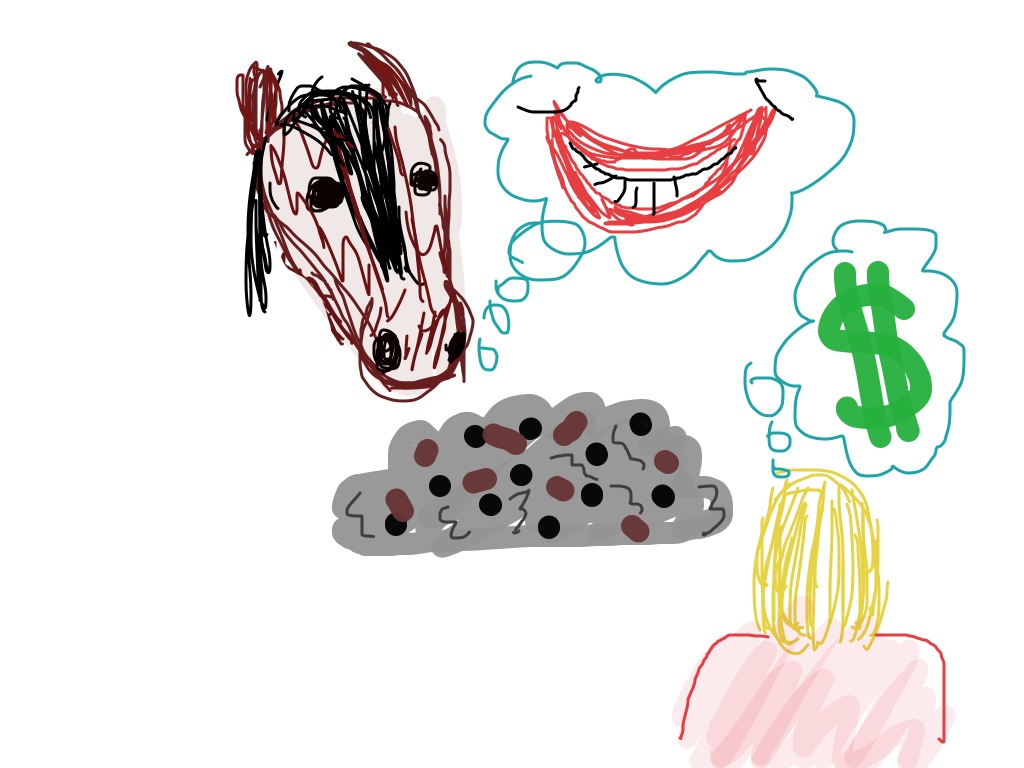 REALLY? I was using a different brand than usual and I must say I prefer the true paste that gets everywhere and sticks to everywhere to this new-fangled gel stuff….

I picked up the nasty pile, which may or may not had a substantial amount of dirt sticking to it, shoved it unceremoniously back into her mouth, and then syringed the remaining 250 pound dose since I was not at all confident how much of the original dose she had gotten.

With Farley stowed in the arena for turn out, it was MerryLeg’s turn.

I didn’t have high hopes.

A  2 year old, who hadn’t been out for 2 weeks, who had teeth erupting, who understandably didn’t want her mouth messed with, who appeared a bit needle shy.

We’ve been doing all our work in the round pen – grooming, trimming, handling – since it allows us to talk better.

ML is an excellent student, even considering that getting to the round pen is a bit of a chore and once there and working, we get to deal with evil bitch mare giving ML alternate directions from outside of the roundpen.: 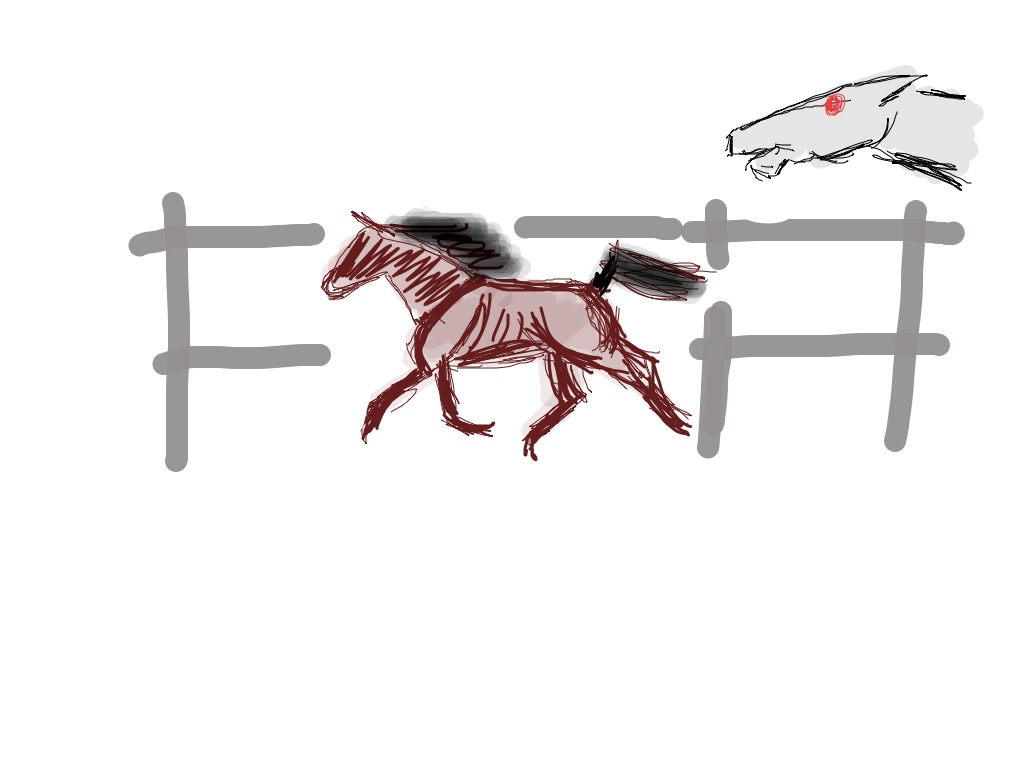 But, I tell myself it’s great training for a young horse. The mares are chasing her and bucking and leaping and pinning their ears at her – and she has to ignore them and just focus on what I want.  Sometimes that means ignoring their body signals and running towards them or past them, and sometimes it’s standing quietly while we groom while the other horses and bucking and rearing and screaming and behaving like idiots only 4 feet away.

And you know what? She’s REALLY good at it.

After a bit of roundpen conversation it was time to stab a needle into the 2 year old.

Deep breath. For God’s sake I do this for a living.

I did a small neck twitch, popped the needle in. 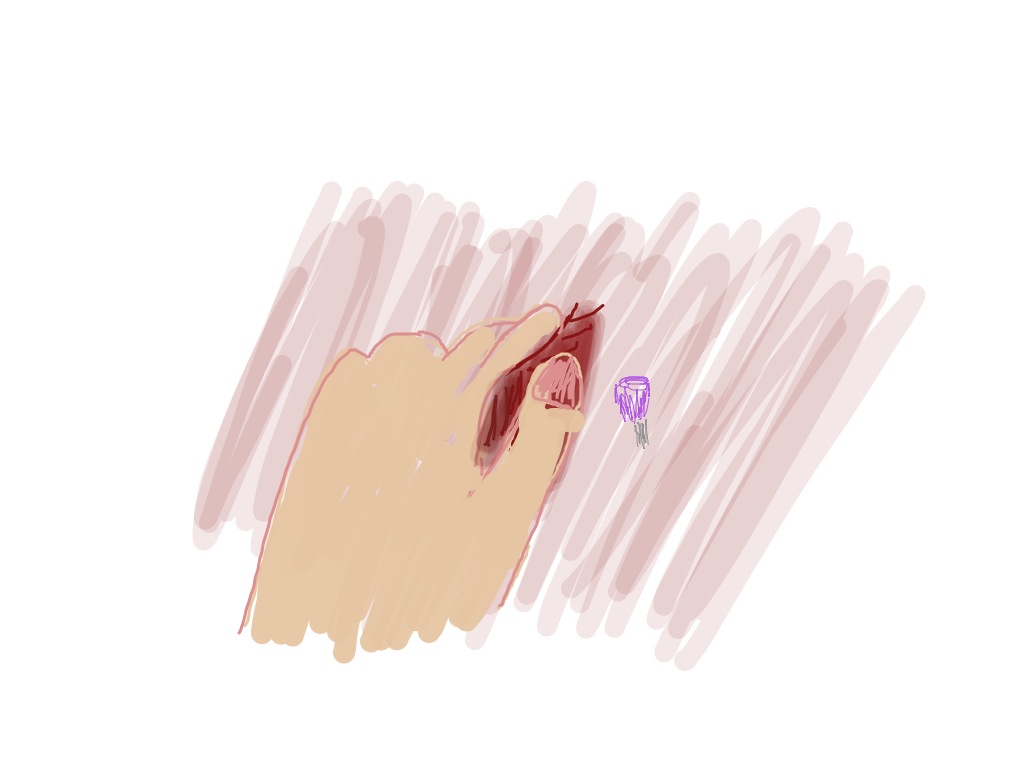 I sorta stared at her for a moment too long, then popped the syringe on, aspirated and injected. No drama, no fuss.

Started to rub and scratch the area and that’s when MerryLegs realized she might get a shot.

MerryLegs: WHHHAAAAA????? Cue moving away and dancing sideways in typical “Oh no someone is going to stab me with a needle” anticipatory horsey behavior.

Except…..it was already done and we were just to the post rubbing/scratching/petting mode.

Even if I was pleasantly surprised by the success of the vaccination, I had no such illusions about ML’s response to being wormed.

ML doesn’t like her mouth messed with, so we work on it every session. She’s fairly accepting of my fingers and thumb, but she’s not good about it.

My normal trick with oral medications is to hook my left fingers in the noseband of the halter, put my left thumb in the corner of the mouth along the cheek, and then slide the tube along my thumb with my right hand into the mouth.

ML was having none of it. She knew it was wormer and she had the moves. Which was to toss her head and jerk away.

In the past I probably would have used more muscle, gotten the tube in while putting a ton of pressure on the halter and timed the plunger so that most of it got in her mouth. Eventually most of my horses get better probably because it’s quick, it’s not yucky most of the time, and I’m business like about it.

But, as I stood looking at my 2 year old future 100 mile horse that was only going to get taller I decided I had a chance to not just get the job done, but to get it done right from the very beginning. (see, I really do get smarter as I get older!)

I was up front and honest about what I was going to do (stick the tube in her mouth and give her nasty tasting stuff), didn’t manhandle (didn’t fight her jerking head), and didn’t escalate (I didn’t up the ante when she jerked away, or get frustrated, or become louder, or use more pressure).

No surprises, no trickery, no illusions that it was going to happen because I was especially quick about it. Instead, giving her a chance to pull on her big girl panties and through mutual respect we could get it done calmly and purposefully.

She went from  flinging her head in the air, high above my reach, to holding her head still and low and calmly accepting foul tasting wormer that I did not have the insight to doctor with karo syrup ( I’m not against trying to make it more pleasant if I can!) in less than 60 seconds.

My message was clear. This is not a big deal, this is not something we are going to spend the entire afternoon working on, and I am not going to fight you.

Worming and vaccination completed, I had to find something else to do with the 2 year old who was pretty sure it was the best thing in the world to tuck her nose and eyes in my arm pit and take a nap and didn’t want to go back to her pen yet.

So, I trotted out Farley’s fly mask.

Now, I know you ML lovers out there are squawking about giving ML hand-me-downs, but the idea was that if the weird mesh head bag was Farley-scented, it was intimately more familiar than the stiff, just fresh out of the bag weird smelling new one.

Mel: Remember the fly mask from 2 weeks ago?

Mel: What about the velcro?

Mel: Ummm….I’m out of activities for today.

ML: Can’t you take me home? I could just hang out in the living room with you. 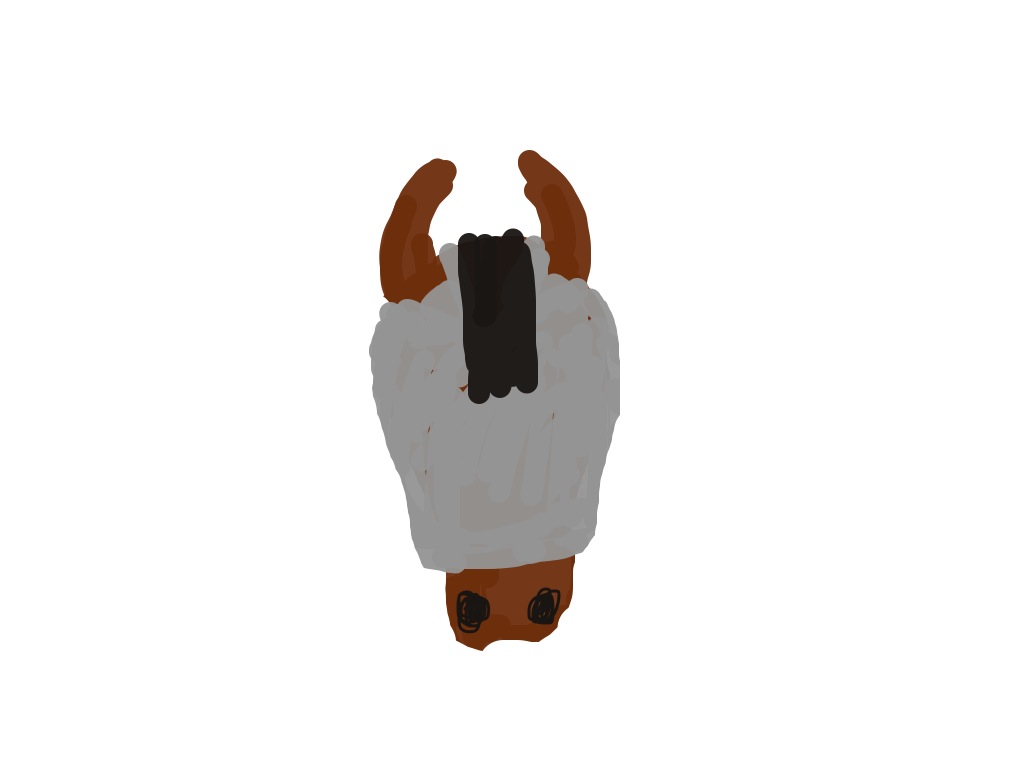 Now in their paddock, Farley and ML are truly 2 peas in a pod

As I drove home, I thought about my session with MerryLegs and realized how much I had learned from her in that short hour.

Final lesson learned:  Like kids, every young horse develops a little differently.  Some go through a chubby stage. Others might get really skinny before filling out.

Having never raised a baby horse of my own I don’t really know what to expect, so I lean heavily on my friends and what their baby horses are doing.  MerryLeg’s has been getting pretty lean over the last month.

Combine this with ML’s tendency to do the growth first and *then* fill out instead of getting chubby and then growing…what I was seeing was probably perfectly normal.

But when I saw her last week she had finally crossed the threshold of my comfort level with how prominent her hip bones were and I freaked out a little bit.  Rib covering and neck looked OK but I was doing everything I knew of to safely keep and put weight on her and my friend’s baby horses were all fat with huge butts and I was tired of looking at her and worrying and wondering just how thin she was going to get, even though theoretically everything should have been fine. AAAAHHHHHHHHH. 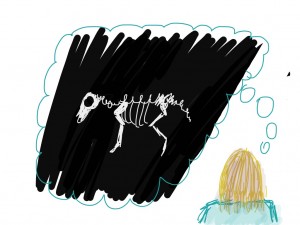 So, last week I broke down and bought a lick bucket of equipride as a last ditch effort. Just to make sure my bases were covered.

And of course, on Saturday, mere days after ordering the equipride, which has not arrived yet, she magically looked so much better.

7 Responses to Lessons taught by MerryLegs