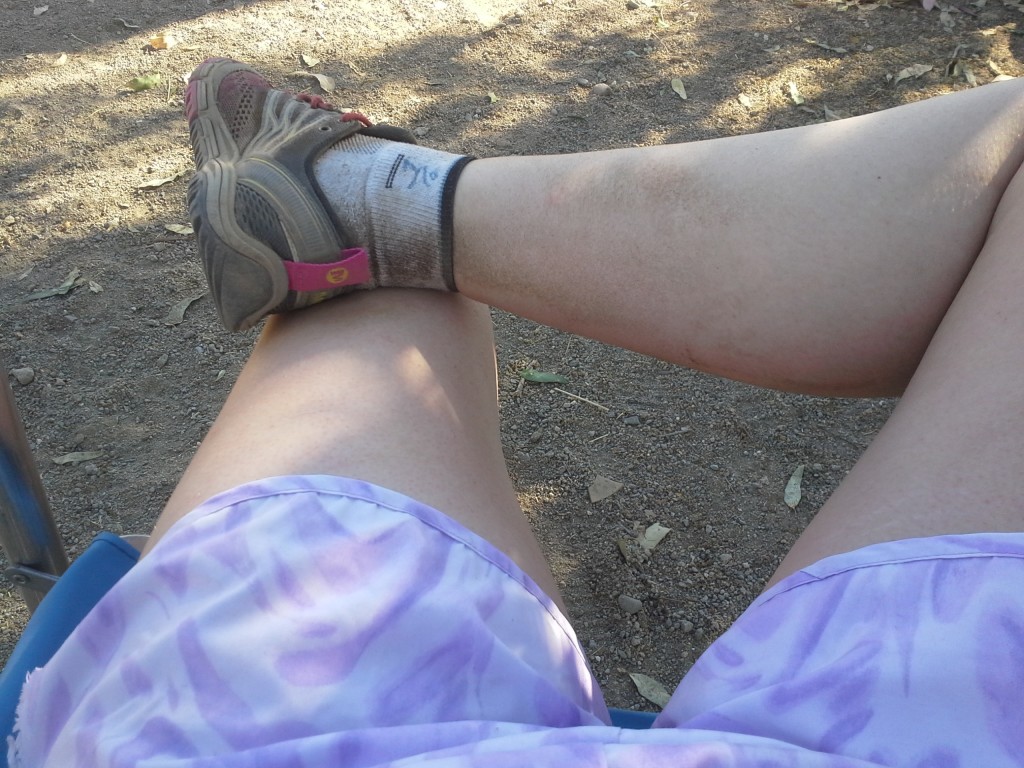 Today I had a fabulous run.  Which feels like a freakin’ miracle since all runs in recent memory have been characterized in the second half by walk breaks and me screaming “this f*cking sucks!” to a deserted trail and startled white dog – in hindsight deserted because of extreme heat, but me being oblivious to such things just assumed my lack of willpower to keep moving forward was strictly an internal thing.

For those of you who haven’t had the courage to try it, there is a surprising feeling of release to primal-y scream out-loud what your mind has been trying to tell you for the mile – that this is crazy, and sucks, and you deserve your very own pity party. Invariably after verbally acknowledging the suckiness of the the whole adventure, I would find myself running again (with Tess keeping a worried eye on her runner that seemed to have suddenly developed tourette’s. Which is admittedly more helpful than her normal contribution to my fitness). 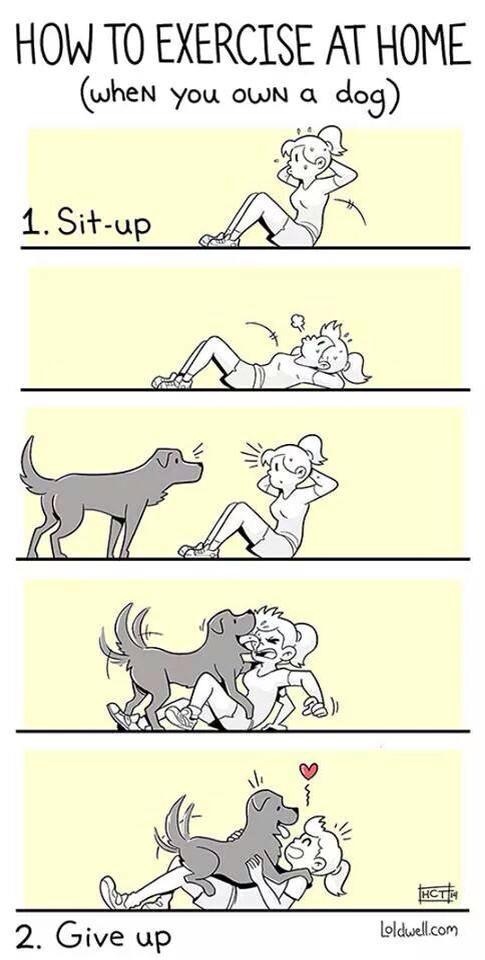 Those of you that know me IRL know that this sort of extended running doldrums is unusual for me. I love running. I adore running. The idea that someone could be bored during a run is a completely foreign concept. I get a runner’s high after almost every single run. Rarely after stepping out my door do I not find an obscene pleasure in ticking off the mileage under all sorts of adverse circumstances. I’m more than a little annoying talking about running because I’m just convinced that a life lived running is an incredibly complete life. 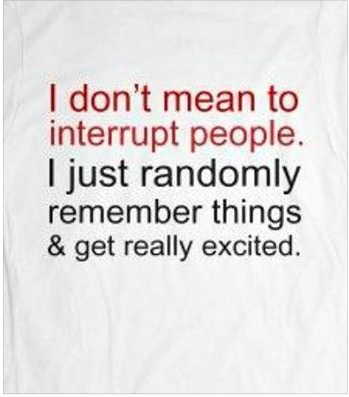 Today I found my mojo at the end of a leadline run with Farley.

The plan was a tempo run, and after spending copious amounts of vacation time investigating other weird endurance sports where man and animal must cooperate, I came across something that was going to make that tempo run be the best ever: Burro racing.

Is there anything cuter than a burro and anything more crazy than dragging a half-willing ass over mountain trails?

Chalk burro racing up with other crazy endurance events such as race from the sun, that makes *my* endurance dreams seem completely normal by comparison.

What I found interesting in the burro videos was that the runners drove the burros ahead of them on long lines of rope and ran either behind them or slightly to one side. It looked a lot more ergonomic and more efficient than trying to run fast over trails with the horse directly behind you or at your shoulder.

When me and Farley run, I struggle being the leader.   Most of the time I feel as if I’m dragging her along even if she’s not actually putting tension on the rope.  Mentally I have an anchor. She doesn’t take any responsibility for where we are going – why should she? I’m making all the decisions – I’m good for about 3 miles and then I’m ready for *her* to share the lead dog responsibility. Which invariably leads to us arguing about just how far in front of my shoulder she is allowed to be when she’s letting me take a break. I love running with my horse, but it’s not as relaxing as going out with Tess and having her do figure 8’s in front of me on the trail and adds a whole new mental element on top of a run that is already mentally stressful (like extended tempo runs). So we end up just doing easy runs together.

Turning our running sessions into driving sessions seemed like the answer to what annoyed us both about the runs, so this morning I grabbed my longest lead rope and off we went down the trail, with me driving her in front of me – burro style.

Having Farley in front of me on a long rope isn’t a big deal – when I first got her I taught her how to drive (she’s done everything up to being actually hooked up to a cart – something I’m planning on doing when she’s 20 when I’m planning on semi-retiring her from endurance) and we practice ground driving with a one-sided line often because it’s integral to tailing. So, she understands it’s just another version of her job.

I think running burro style agrees with both of us.  We both enjoyed the run, we got to work on some ground driving skills, and I got to compulsively watch her trot out for 3 whole miles.  Sounds like a win-win to me!

(PS. for those of you contemplating your own burro style run, I used a 12 foot lead line since that’s my longest one, and it worked OK, but would have preferred something more in the 15-18 foot range).

Now we get to the point in the post where I’m going to talk about crazy things, but it’s buried so far into a rather mundane post that maybe I’m just talking to myself.

I’m doing my best not to think too hard about it, because I might come up with a number of perfectly rational reasons why this is not a good idea.

I even found one that is semi local, not too expensive, mostly-flat, point to point, on a weekend that I’m not on call (yet). 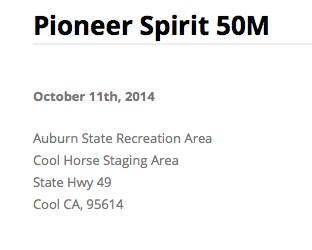 October is safely 3 months away. Plenty of time to get injured, have my on call schedule change, have someone talk me out of it, go bankrupt, decide that 12 hours is better spent studying for boards etc.

I figured that the 35 mile ride and tie effort in early July, combined with some sort of back to back really long runs in the beginning of August would tell me whether I was ready.

I decided the best way to do back to back long runs was to find a Saturday/Sunday marathon combo.

I won’t go into the woes of trying to find 2 marathons in the same weekend that are geographically possible to travel too. Or the agony of trying to decide whether a Saturday 50k+Sunday 14mi was the same as 26.2+26.2.

Let’s talk about the Cool event. 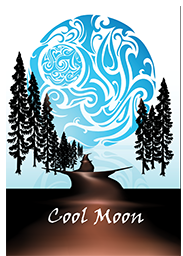 This event has the following things going for it.

This event has the following things going against it.

I had briefly considered this as a 50 mile run a couple of months ago, before a friend talked me out of it. “Multiple loops?  No pacers allowed? Are you crazy????”.

But now faced with a secondary day on call shift on Sunday at the teaching hospital which made the original plan of 2 races impossible, I found myself *still* being drawn to the Cool Moon event.

In some ways my YOLO, last minute what-the-hell decisions were easier (35k at Fourmidable, 50k at Diablo).  I feel like if this was the week before instead of 5 1/2 weeks before it would be a no brainer to throw caution to the wind and throw myself to the mercy of my own ambition.  *planning* to do this more than a month ahead of time makes me think I should errr….be prepared.

And that my friends, is why I’m really really REALLY happy my burro-style tempo run with Farley went well today. Because there is a lot of living to be done on the schedule this year on both our parts.