Vet School: a look back

I found a couple of quiet minutes to share some thoughts with you as graduation rushes forward in a few short days. I have a feeling that this may be my final chance to post something here in the “The Vet School Years” chapter of this blog.

This isn’t a post about my horses, Tess, running, endurance, or really anything that is on our usual list of topics.

This is a post about looking back over the last four years and realizing I did it. I accomplished something far more important to me then the title of Doctor.

I had 2 goals when starting vet school. Those goals were not about earning my DVM or getting a job, both of which are pretty much a given based on statistics when you enter vet school with some luck and basic effort.

Goal #1: Maintain my relationship with Matt

I believed so fiercely in the value of these 2 goals that I willingly sacrificed more for them then getting my DVM ever required of me.

Matt (with some of my favorite pictures from over the years) 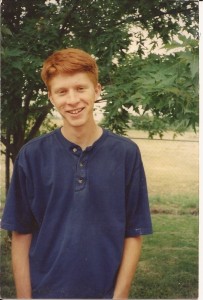 The earliest photo I have of Matt, when we were both in high school (probably 1999). One of my favorites that lived on my beside table for a lot of years.

Vet school (and beyond as a Vet) is notoriously hard on romantic relationships. I realized from the very beginning of vet school that without attention and vigilance I could come out of the other side of four years without my best friend and soul-mate (and now husband), Matt. 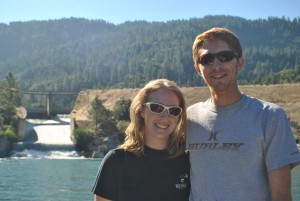 Matt was one of the very few things (only thing?) that was more important then school to me. If I had needed to quit or take time off from school in order to preserve our relationship I would have. There would have been tears and a lot of sorrow, but I would have done so without regret or bitterness. 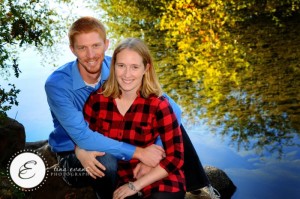 Picture by the very talented Tina Evans. Oct 2011, the year we moved in together and I started vet school.

I have known and loved this man for more years of my life then not (yes, we have been together in some form that long). 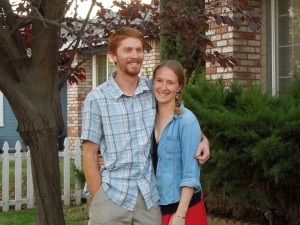 Thanksgiving 2013. One of my favorite pictures of us.

I feel incredibly lucky that now, even through the challenges of vet school, I am happier now then I have ever been with Matt.

Don’t get me wrong – we are both looking forward to life after vet school and it’s probably not the activity to choose if your goal is to bring you and your life partner closer. 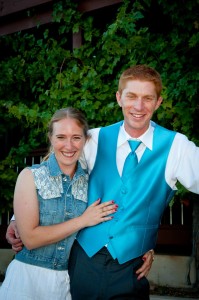 His brothers wedding June 2014. He proposed about a month later. Picture taken by a high school friend and talented photographer Tina Evans.

I believe his exact words to me yesterday was he was looking forward to having a relationship with a women for longer then she had been in college. 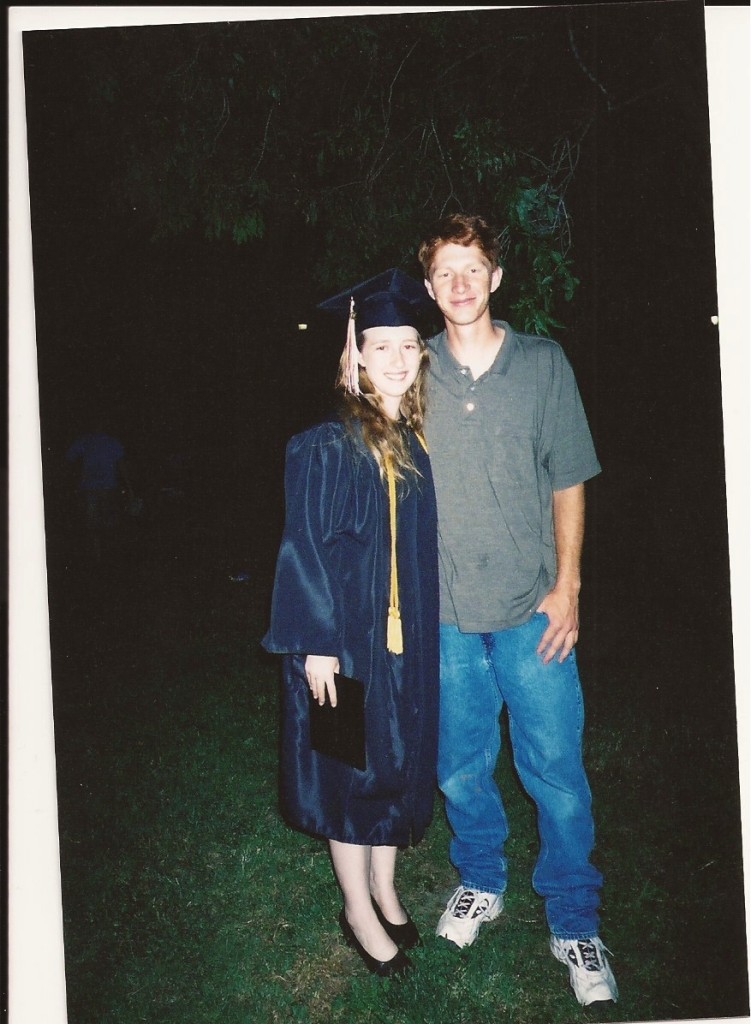 At my high school graduation. 2002

I appreciate the sentiment.

It’s been half a lifetime since *we graduated highschool, and now 3 degrees and $210,000+ dollars later it’s time to do something different. As I earn my DVM on Thursday and he gets his pilot’s license in a couple of weeks it definitely feels like getting married last year was the prologue to a whole new book. 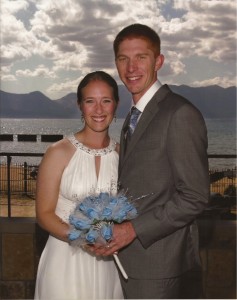 I graduated from undergrad with a distinct lack of long term contacts, let alone friends. (I can think of one exception.) Because of the nature of the industry I had a career in, making friends in my peer group eluded me, and even endurance was a mostly solo experience. I showed up at rides, rode my horse, talked to people I wouldn’t see or hear from again until I was at the next ride. Which in the beginning were far and few between. Facebook wasn’t a “thing” and the group email lists were educational but not helpful for connecting with people individually. 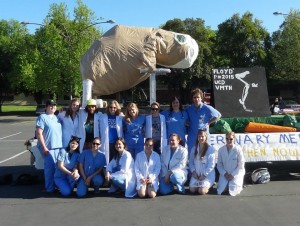 That started to change the year before I applied to vet school when I started this blog, but while I felt more connected to the sport I loved, I still didn’t have IRL “friends”. 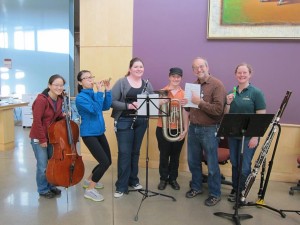 Part of the last minute orchestra that me and a friend organized 2013.

I was determined to change that in vet school. I felt like vet school was my last grand opportunity to “easily” make long-lasting friendships that would transform the rest of my life. 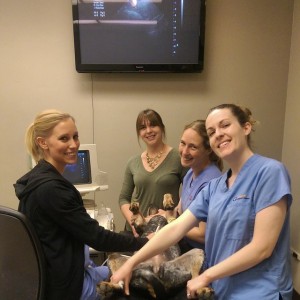 A couple weeks ago 🙂

I would come out of vet school with people I felt connected to and that I felt were my peers, who I could trust professionally and personally. And now, days before graduation I believe that dream has absolutely come true. 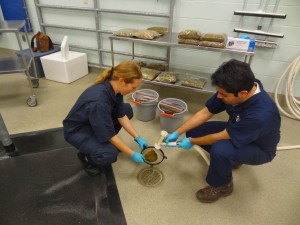 As a side bonus I tried a new sport with some of those new-found friends. 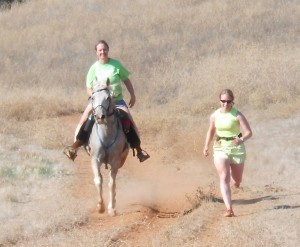 You don’t really need a caption for this picture do you? 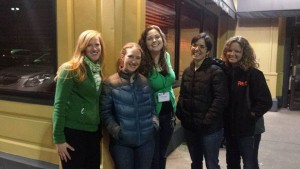 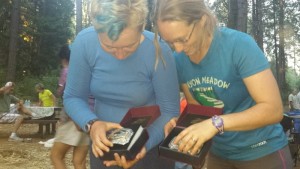 Totally surreal that a year ago Funder and I got this thing done. I feel like I imagined the whole thing. Not pictured was the incredibly group of endurance and other friends that crewed us through.

Tragedy during vet school only confirmed my conviction that I had truly focused on the “right” things during this time. I don’t know if the $200K+ price tag was worth it for the title and privilege of being a vet, but these relationships that I have built and strengthened during this time were and are priceless. 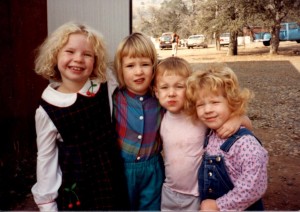 The “gang” of cousins I was close to growing up. Of the pictured…only 2 of us are left. Myself and my cousin Erin (far left). We’ve reconnected over the last couple months after drifting apart in our 20’s. I think this is Easter since we are all dressed up.

I‘m taking these last days to reflect, enjoy and prioritize the many relationships I’ve cultivated over the last couple of years. This means that Farley and MerryLegs will sit ignored for nearly 2 weeks – but unlike in the past I do so without guilt or regrets. They were both ridden last Sunday and are in good hands at the barn. We’ll pick up where we left off on the other side.

6 Responses to Vet School: a look back