It’s been awhile since put my disclaimer in this post of why I even bother posting these every month. So here it is:

These “In Real Life” posts are designed to show how a conditioning program is being applied “real life”. It’s one thing to talk about the ideal program – it’s quite another thing to see how an actual person is applying it to a real life horse or in running.  Maybe you are a new rider or runner that is trying to find the balance between rest and miles. Or maybe you are like me – you’ve been doing this for a while with varying levels of success and you are interested in seeing what other riders are doing. Here’s what my endurance training looked like last month.

Not a spectacular month, but the 10 miler went very well.

I worked a LOT in June. Every weekend. Good for the pocket book, not so good for the Domestic Tranquility Index (DTI). I cancelled a planned mid week long ride because of high temperatures and because I simply wasn’t feeling it. Then, knowing that I have worked out a solution for getting more long trail rides in starting in July, I just wasn’t motivated to push hard to get rides in for this month and risk a low DTI ;).

I’m excited about July. I’ll be gone for 1 week working out of town (Boo!) BUT when I come back I’ll be doing a heck of a lot of preriding in prep for marking the Tevis trail (assuming it’s not all burned up by then…) and have a kidlet solution that will get me on the trails more. I’m excited to see what kind of pony I have!

I’m still planning on a 50 in early September.

Absolutely, definitely getting there.

I’m absolutely thrilled. She’s remained incredibly sweet, incredibly cuddly, and the most loveable horse I’ve ever been in contact with. And that hasn’t changed through any of this.

At the beginning of this week I was seriously considering cancelling with the trainer next month. Overall low DTI, already feeling the stress of not getting on Farley enough, and uncertainty over whether or not she’s physically going to be in shape/condition for me to feel comfortable sending her off (I’m just *now* seeing verifiable weight gain). Also, Farley looks SO GOOD that there really isn’t a rush to get ML ready for an endurance season in 12-18 months. Because of all these factors my gut says to hold off. Now I’m less sure and thinking about going for it. I’ll need to decide in the next couple of days in order to give the trainer enough notice.

Let me put this in perspective.

I’ve always been a low mileage runner. I think with a 100 miler in my sights I’m starting to fall into that trap that more miles = better.

I think that after focusing on intervals and speedier runs over the last *year  on top of a very large (and lengthy) base it IS time to come back to mileage and increasing it. BUT. Let’s not go crazy shall we?

I need to keep in mind that low mileage has worked for me a very very long time. I’ve done amazing things on an average of 40 miles per MONTH. It is likely NOT necessary for me to put in 60 mile WEEKS in order to finish a 100 miler.

*I’m pretending the year I was pregnant doesn’t exist mkay?

Half the battle is coming to the start line rested and uninjured. Right now I have an upper respiratory thing that is partially allergy driven and partially some sort of bug that I caught from Fig. The fact that I got sick in the first place (I’m NOT that person that catches every little thing that goes around, thank you immune system) is probably due to the running increase. It used to be that every time I started a marathon training cycle, which included a mileage increase in the first month, I would always get sick. Never lasted more than a couple of days, but like clock work I would come down with something. I also had/have a tendency to get sick after long races. Thank goodness I didn’t have any key runs scheduled this week or next. Historically now that I’ve gotten that out of the way, I’ll be fine until after the race.

It’s not a big deal that I got sick, and it was even somewhat expected, but it was a great reminder that mileage is not benign and to be careful between now and November and remember what has worked for me over the last decade. 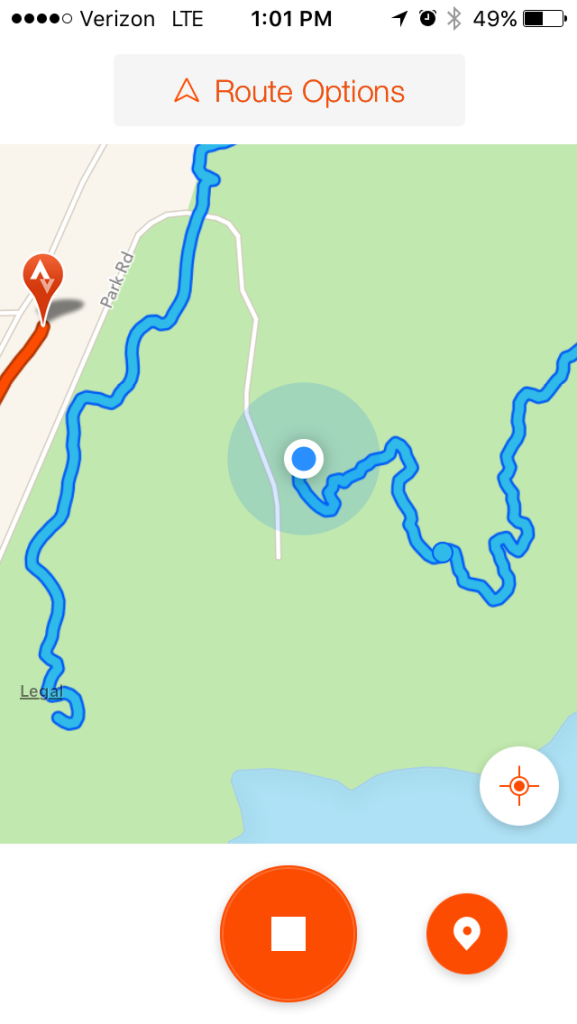 Time I told babysitter I would be back: 1:00 pm. What I sent her near the end of my “out and back” 3.5 hour run with a message that I thought I was about 2 miles away from my car…..

Musings on mileage using the pony as a guide

If I use my pony as a guide, I’m not sure whether high mileage is more for the brain or the body. After “learning” the distance Farley was able to do the same mileage rides on a lot less training miles, but even when training for a “maiden” 50 or a 100, I did NOT put in 50 or 60 mile weeks on her to prep for races.

Horses and humans are different and there are physiological and conditioning differences so it’s dangerous to draw too many direct correlations, but I think in general when it comes to endurance – running or riding – the belief that you can do a distance along with the belief of others around you makes a huge difference. When Farley and I start a 50 mile or 100 mile distance together does she sense any doubt from me that we will make it to the end, or is she confident in the fact that if I’m asking for more she has it to give? Is that the value of a pacer on longer distances? Are they my “rider” telling me that it IS possible to get to the finish line despite what my brain governor is screaming at me?

Despite the month being higher mileage for me, I worked hard to keep the the training relatively invisible (protect the DTI) and did lots of early morning and lunch time runs. For a long 18ish long run I got a babysitter in the middle of the day, and for another day that I wanted 15 miles, I did it in a series of shorter runs throughout the day – with the stroller, on the treadmill, after everyone went to bed, while walking each of the three dogs.

I’m amazed at how easily my body is slipping back into the distance training. A couple of months ago I felt so far from where I was. Today I can’t believe how far I’ve come.

A shape to the plan

I’m still trying to find a way to incorporate strength training into my routine so it gets done consistently. I’ve tried telling myself that as a lower mileage runner, *something* has to get me up those hills and if it isn’t 100 mile weeks it just might be stronger abs, or another set of lunges. Here’s what I’m (theoretically) doing right now:

As for the running in general I’m following this “plan”. 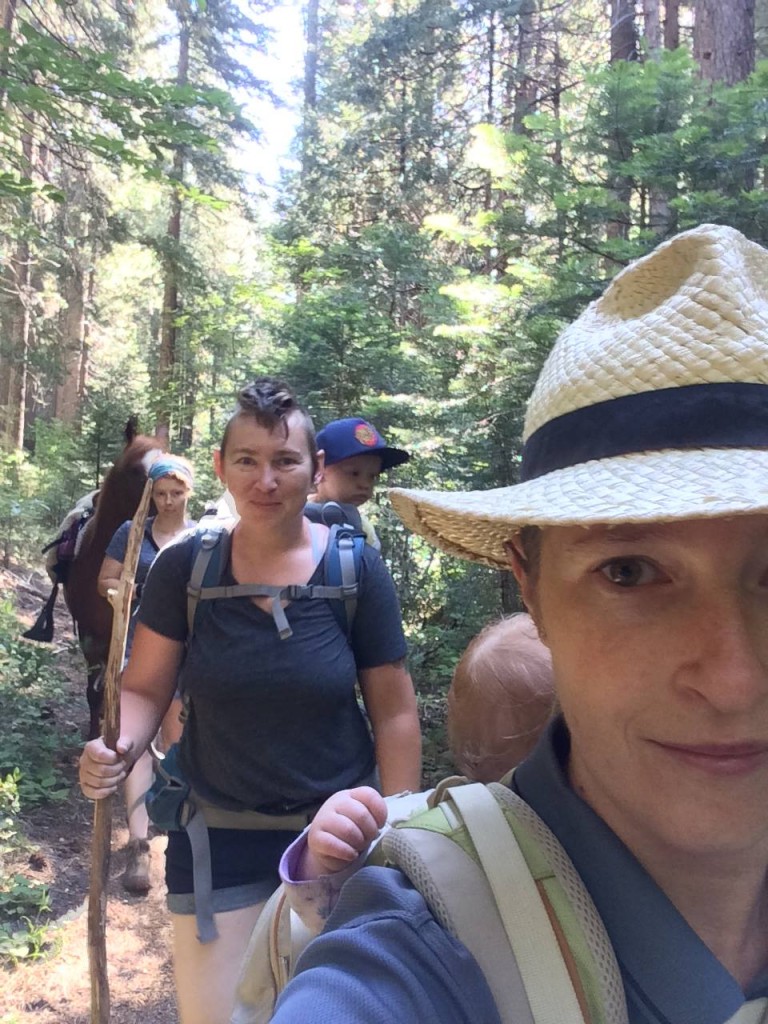 Dear friend and blogger meet up with our young ones this month on a camping trip. We managed a hike and I managed to get a selfie that *almost* captured all 6 of us. 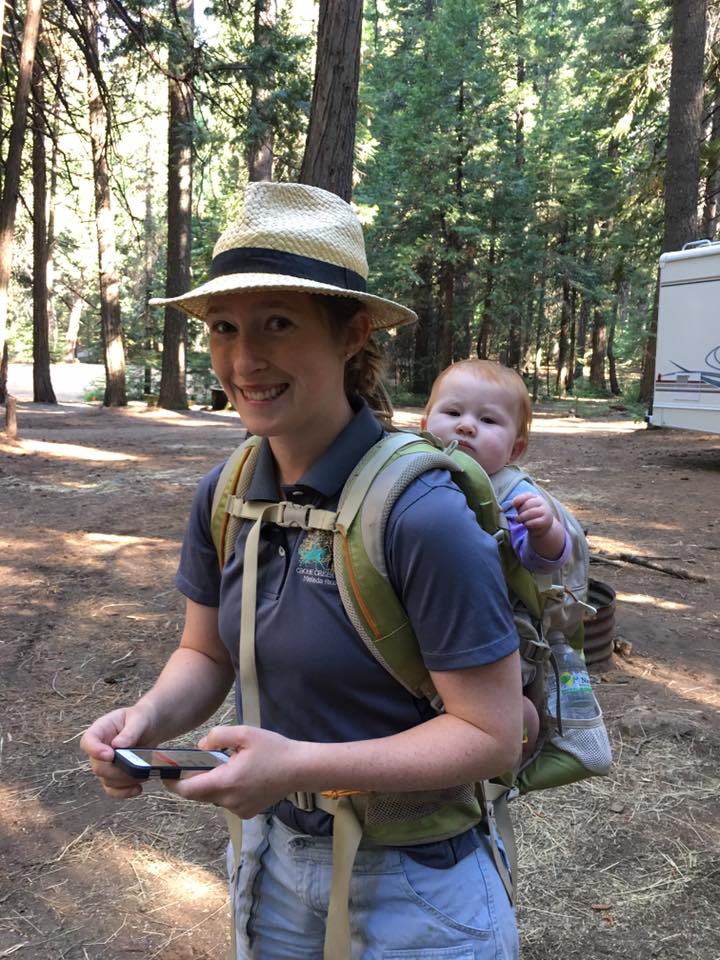 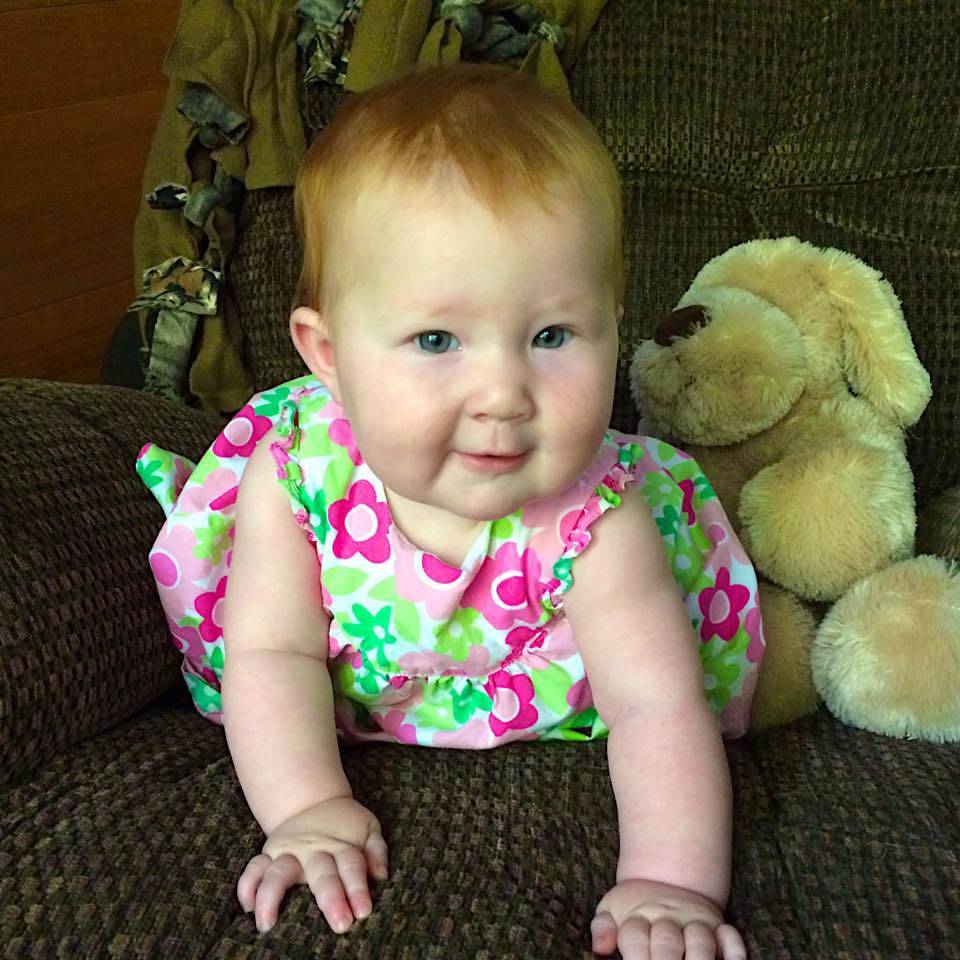 8 months old! Those blue eyes are turning green I think. 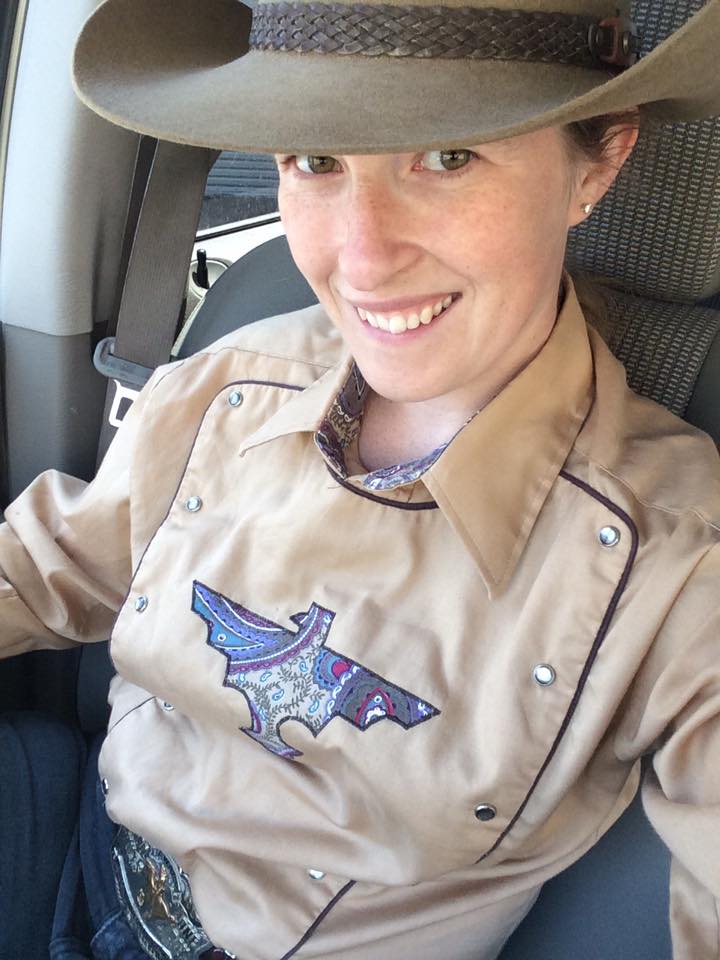 Waltzin’ Orvetta made her appearance at a cowboy action shoot. 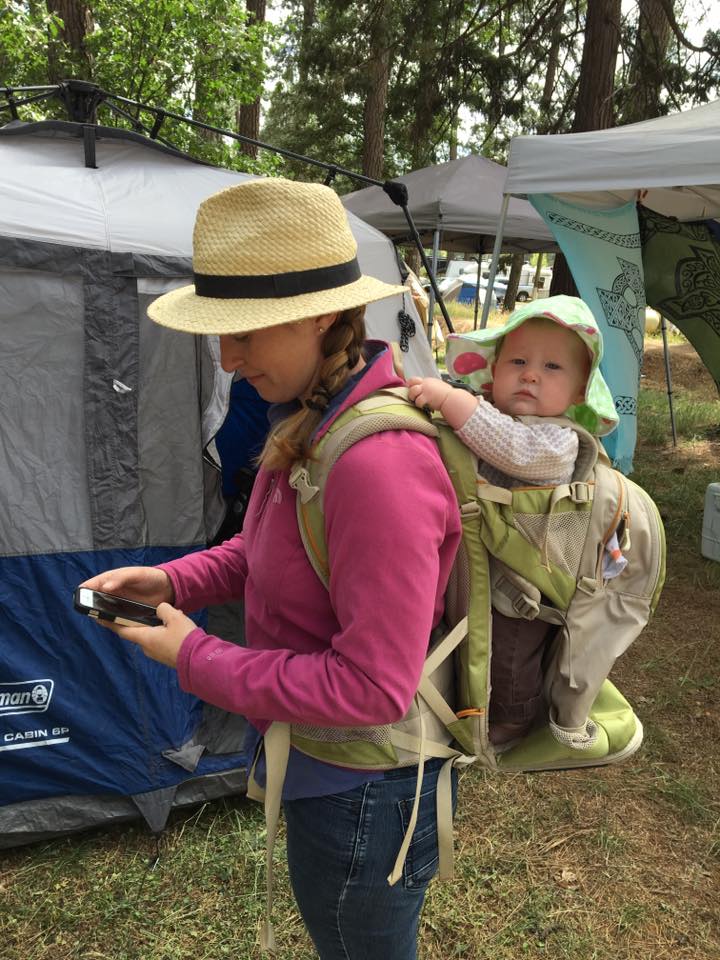 As I do almost every year since I was a young child, I went to the Father’s Day Bluegrass Festival. 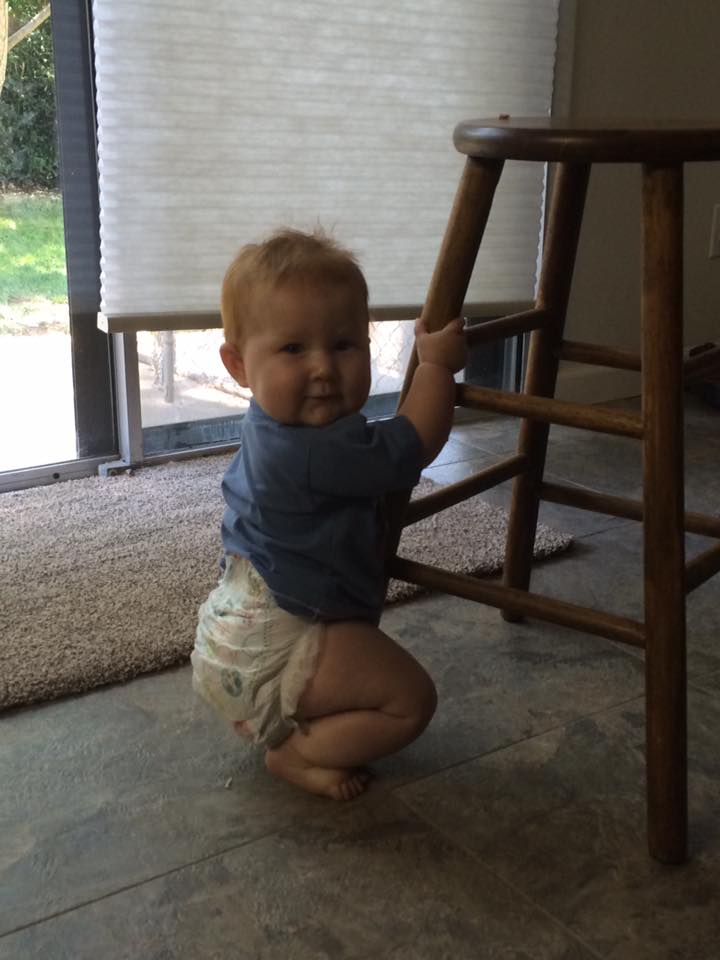 Fig pulls herself up on EVERYTHING.