The world is AWFUL and I’m never doing anything again because the world/weather/darkness is going to be here FOREVER AND EVER AND EVER and what was I thinking calling myself a runner, and all the horses should obviously be sold because they are never going to be ridden again……

…So begins the self-wallowing pit of misery that occurs every single February.

It’s that time of year again. The time of year where after entering the winter prepared with a full bottle of vitamin D and full awareness that the while the nights are long and the trails often wet, there is an end I still end up wallowing in a pit of self-despair.

This particular year as been a an effing catastrophe wheres-your-ark type of thing, however if it’s not that its…

My point being that when the dark season takes up a third of the year and you are trail junkie with seasonal affective disorder, there’s always going to be something.

Regardless, *this* is the year I’m always prepared.  Bottle of vitamin D – check. Reduced expectations for myself – check. November, December go pretty well. January starts to fall apart and by February it’s all over. Gnashing of teeth in the darkness, wails and tears of hopelessness.

So, instead of posting my scheduled content here (so far you have missed “Link Luv”, “6 questions to ask before buying tack”, “Media Monday – Horse eating under saddle”, “What a beginner needs for endurance”, “100 mile advice”), I’ve not been doing much other than laying on the couch feeling vaguely ill, eating junk food, not running, no running or doing any other self-care activities.

As usual by mid-February, I’ve decided that the spring solstice or the start of daylight savings will be the magic end to all this and I just need to hold on long enough to get there….I think.

I don’t know what I was thinking when I signed up for yet another event in the darkest time of the year for me. It didn’t work last year with School of the Horse Soldier and it’s certainly not working out well for Black Canyon.

Latest excuse for not training….All my trails are under water 🙂

My home trails are in the river bottoms. Sometimes that means that they are the riverbottom. The river is rising and it still raining! #100DaysOfHorses #Day46 #theresmygoodexcuse

And the only trail system that holds up in the rain for long mile training is currently experiencing….difficulties. 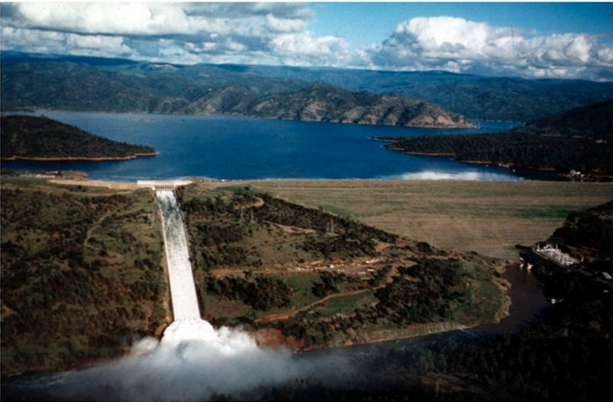 How oroville dam and the spillway is suppose to look….I ride on the shoreline of the visible points of this picture. The best trails for winter riding are on the left, you drive across the top of the dam and spillway and voila! 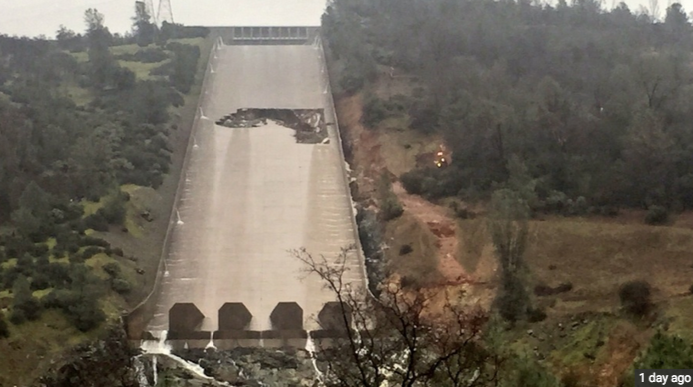 Read the news articles or google for more information. I live down stream on the Feather river. All the pictures of the flooding that I took today are along the Yuba City/Marysville Feather River (about 25 miles down stream). 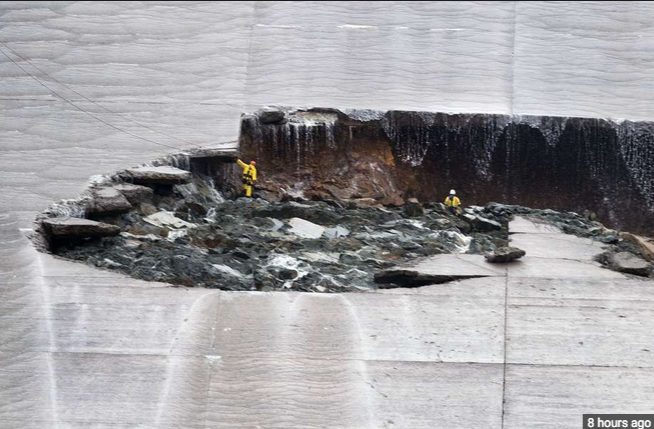 (for more information just google “oroville dam”). The road that takes me to the trail head goes right over the spill way so it’s obviously closed for now. *sigh*.

Am I burnt out? Running another WS100 qualifier so soon after my 2016 qualifier was a risk. When ever motivation is low burnout is a valid question.

I don’t think I’m burnt out. I’m tired of forcing myself to run in horrible weather and in mud that poses a real injury risk with every step. That isn’t burn out, that’s expending a lot of finite willpower and finally coming to the end of the well. In this weather everything has to be forced through will power – getting up, eating, taking care of the dogs, slogging through mud to see the horse. Slogging through mud to get to work. White knuckle driving the commute to work (because Earl Grey’s blower switch went out, which means i don’t have defrost, which means that I drive in the rain using the hem of my sleeve to wipe condensation off, have 1 window down, AND have the AC blowing. The good news is it has effectively curbed my texting and driving habit. Who has time to TEXT through all that? ). The point is, there’s only so much willpower in my body to force myself to do unpleasant things.

So what’s my coping strategy for next year? Heaven knows one thing I’ve learned is that this comes every year and I haven’t learned (yet) that there is no way to prevent February’s folly, so I’ll continue to try.

What are your cold and dark season secrets?

Here’s more river pics from the river/levee where I live: 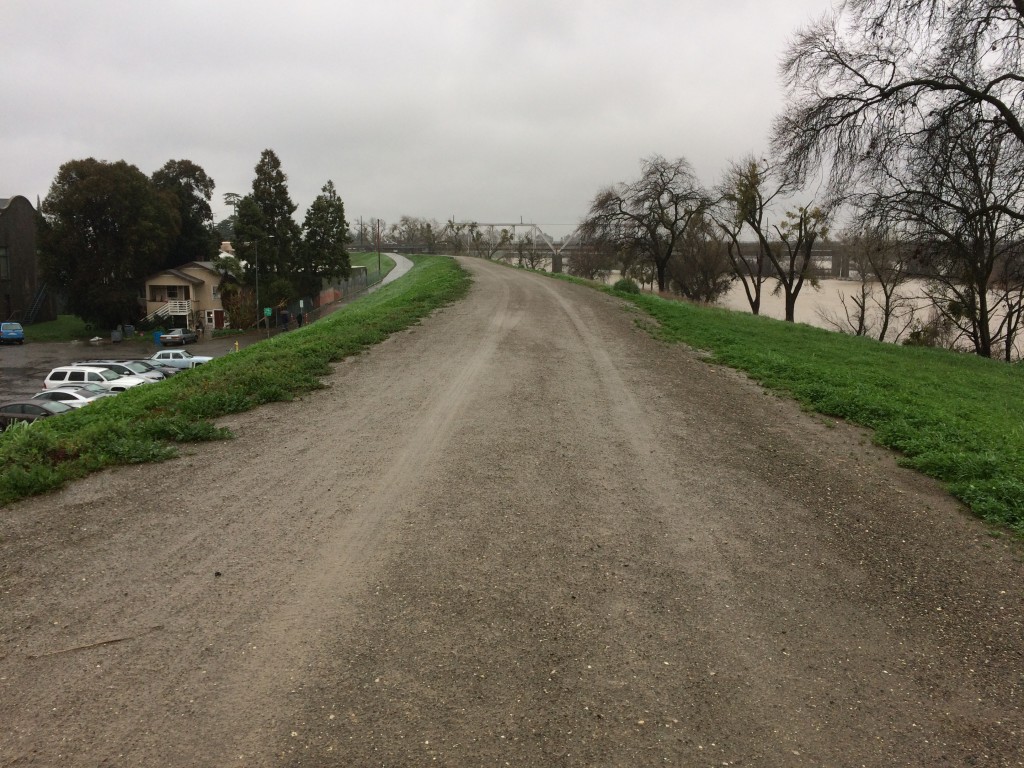 This is in town and is a very poor image trying to show you how much higher the level is of the river is compared to the town/roads/cars on the left. 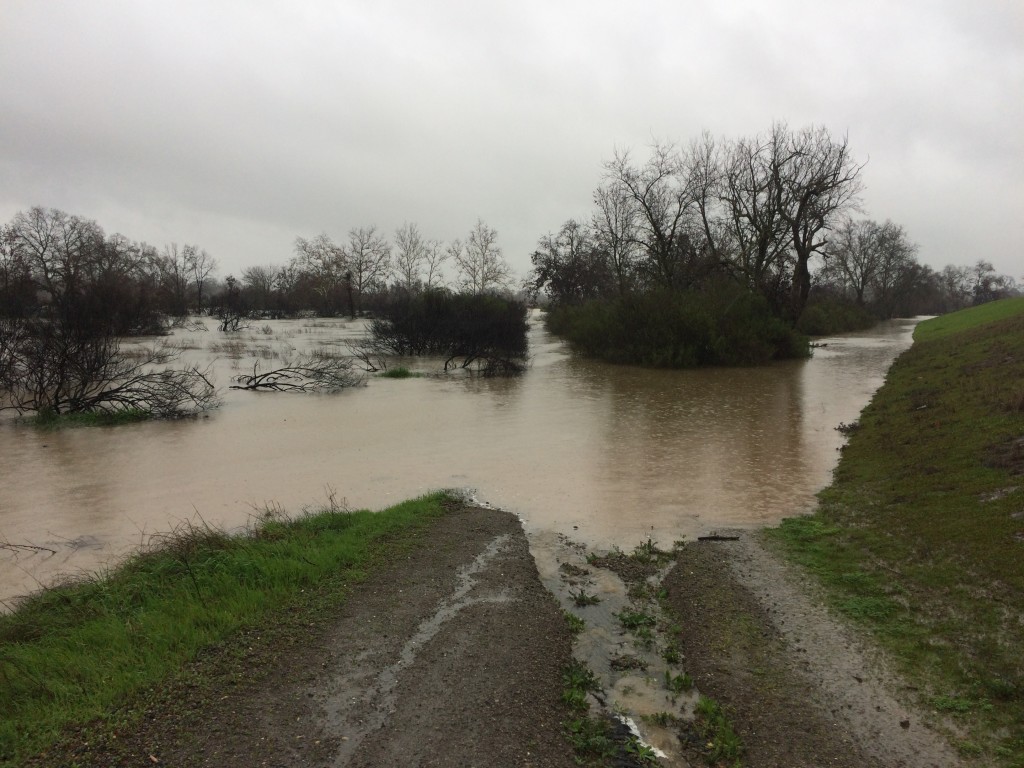 This is what the trails look like that me and Tess run. Levee is on the right. River is suppose to be way over on the left and normally you couldn’t even see it. At this part of the river there is a small “mini” levee, and then a HUGE meadow with trails. Now there is just water! 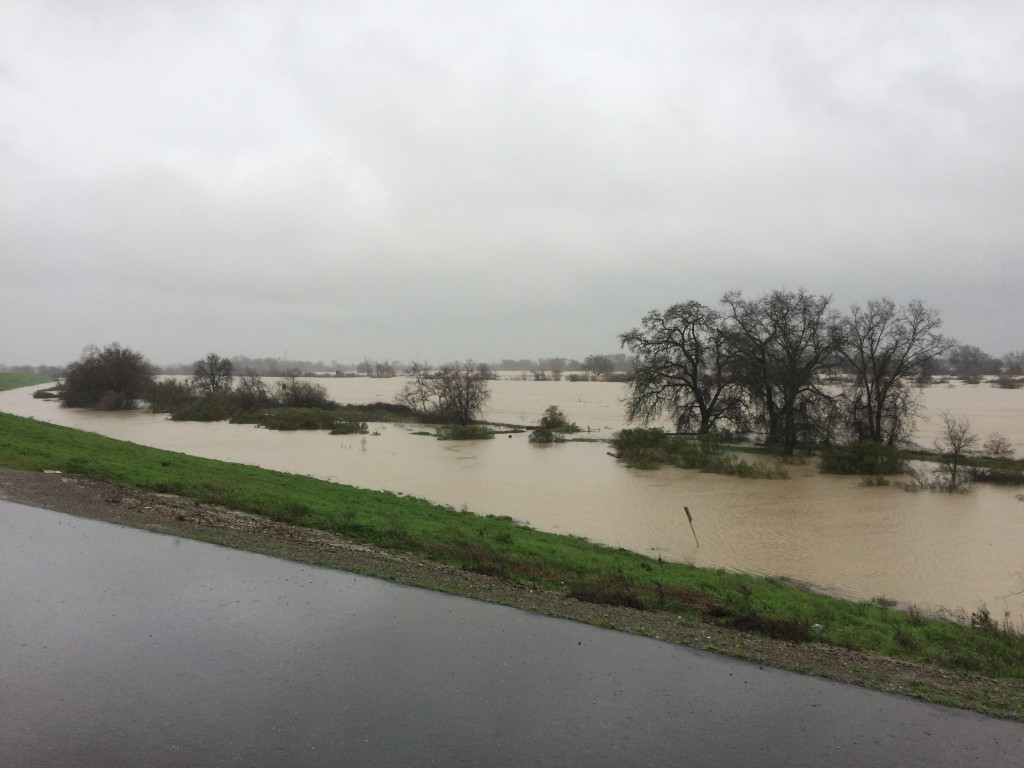 Further south at the boat ramp. I’m on top of the levee. The river is usually out beyond the trees, down a sharp embankment. The area between the trees and levee is a trail…..The trees seen are up on a “mini” upbank, and so the trail is set lower than the surrounding ground (ie there is more water over the ground than what is first appears). The sign poking up in this pic is a sign on the side of the levee about half way up that says “no climbing on levee”. Or some sort verbage that is mostly ignored. (I guess it could say flooded…LMAO) 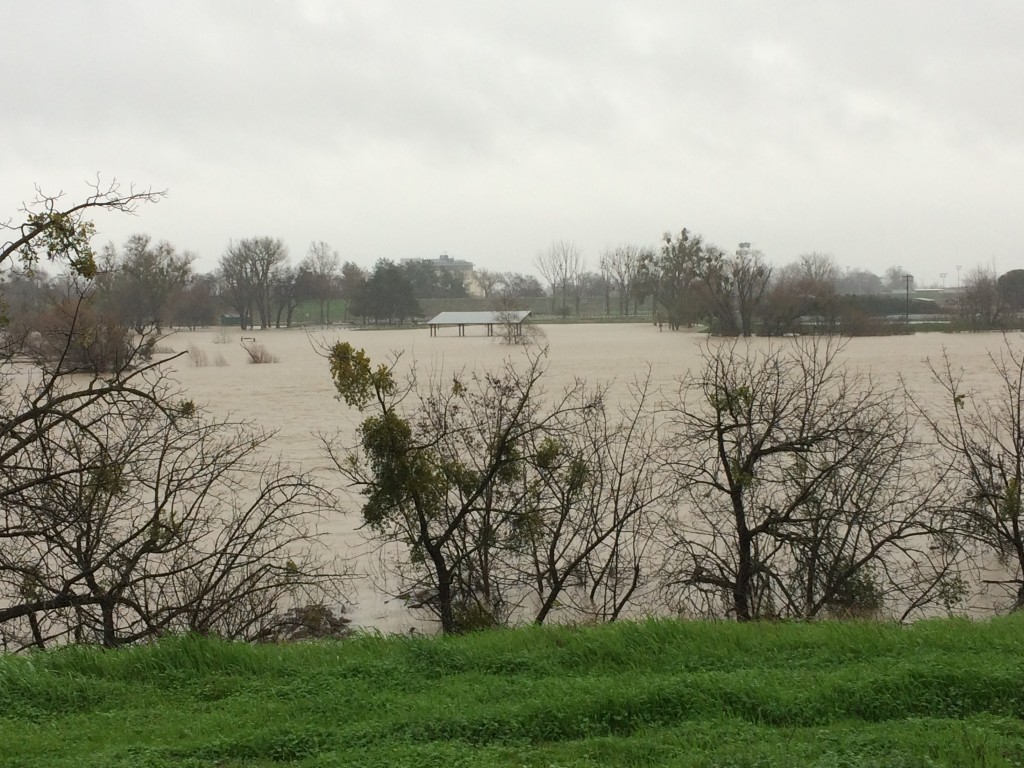 Back in town. On top of the levee. Looking at the river. Beyond the river are soccer fields and snack shacks etc. The roofs of all the buildings are exposed so it’s not as high as I’ve seen it in the past… 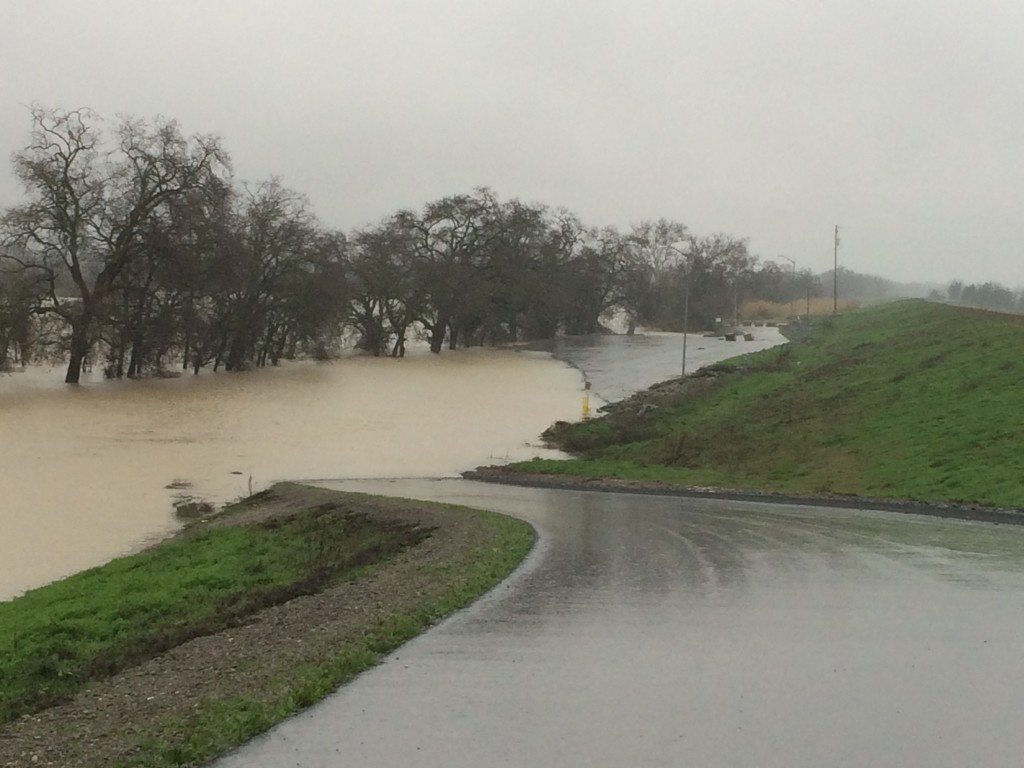 The boat ramp. I’m on the road leading down to the parking lot…this isn’t suppose to be a boat ramp at this point LOL. The boatramp is on the far side under water.

For comparison, here’s the levees in the same area when it isn’t flooded. 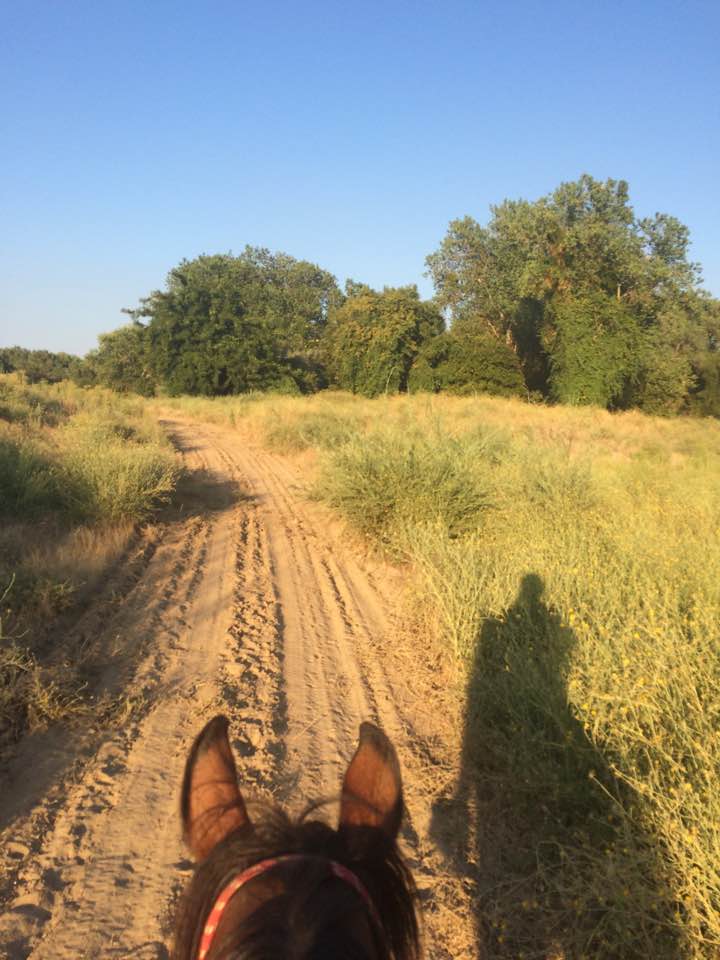 I don’t find the levees very picturesque and unfortunatley I can’t find the one I *know* I have some place that will give you a sense of scale of how TALL they are :(.