Thursday was once again a scheduled Mel Holiday. Bearing in mind the tragedy of my last scheduled holiday, I wasn’t that surprised to see some sort of something parked in front of my trailer. 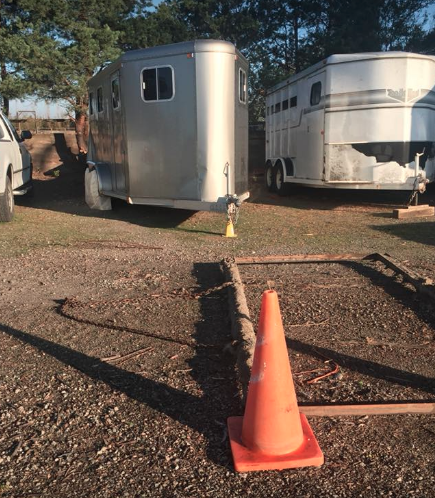 Never mind that I’ve NEVER gotten to the stable only to have my trailer blocked in by something in the many many years I’ve boarded here. Nope nope nope, this was a special something just for me because I dared assume that with nice weather and sound horses I might get some trail time despite being on restricted status for running (still). 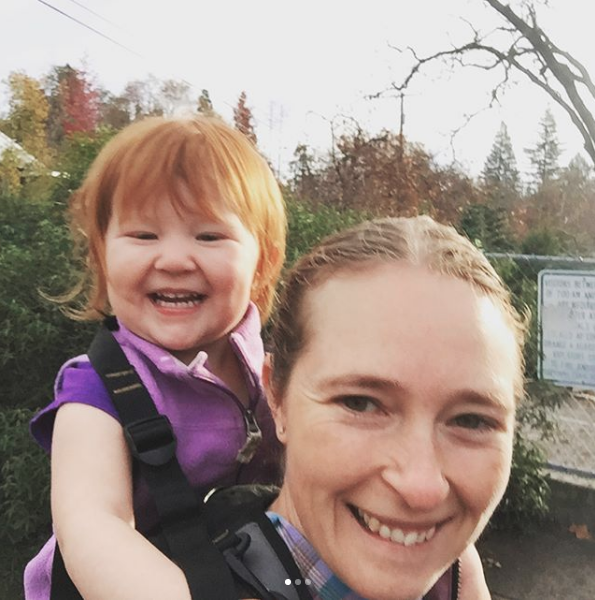 Despite Paige’s optimism last weekend, I did not get into the western states lottery for 2018, and I was not one of the three picks for runners that physically came to the event. Ah well. Best guess by sports doc is that I tore an adductor muscle, but waiting on a pelvic MRI to rule out a stress fracture for sure.

I carefully dragged it away with the truck, praying the chain wouldn’t do something funny and slip and I would have to face the displeasure of my husband and the fancy expensive hitch he bought. (Wanna know the secret to a happy marriage? Separate trucks. Just saying. Maybe once I pay off those student loans….).

Cue…. finding small abscess on chest at point of shoulder on 5 year old as you are ready to clip into trailer and close divider.

Probably not pigeon fever, probably did a young dumb horse thing and ran into something. Small, non painful, almost ready to burst. If it had been Farley, we would have ridden anyways. But on a young horse just starting out, why take a risk that it won’t cause some small amount of discomfort on the trail?

Who actually lets me without even an attempt to wander away because she’s in shock that this is actually happening.

Alternative plans. Consider it the theme of the year.

It may be the only time in my life that having multiple horses worked out like the fantasy where your back up horse actually functions like a back up horse and you still get to ride anyways!

Logically in no way did Farley need the one hour mostly walking trail ride on her 2nd least favorite trails, combined with a driving time of 1hr 20 min each way. I thought about just giving up and either staying home, or just driving up for a picnic with my friend without riding.

SCREW THAT. Who cares if there’s no “reason” for Farley to be out there. How about my mental health???? Doesn’t that count. 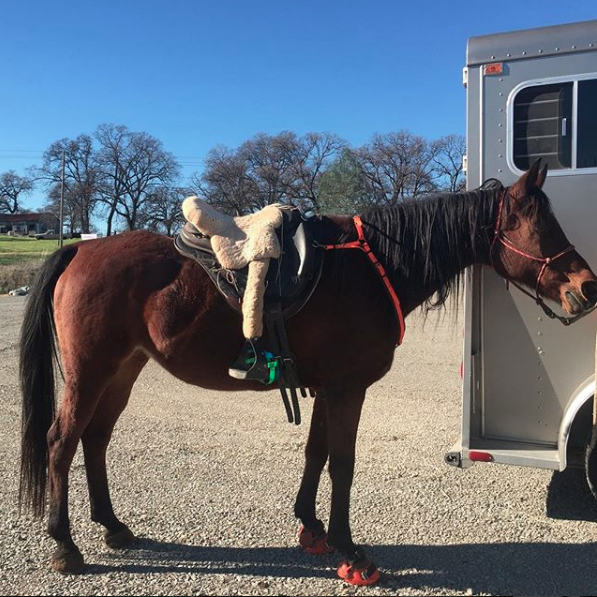 Turns out when I actually thought it about it it’s been 6 months since I’ve loaded up and we’ve gone anywhere.

We’ve had some short rides in the arena. Some kids climb on her periodically and dink around doing whatever kids do. There’s been a ride or two around the river bottoms where she was so unenjoyable to ride I said fuck it and made her retirement official. 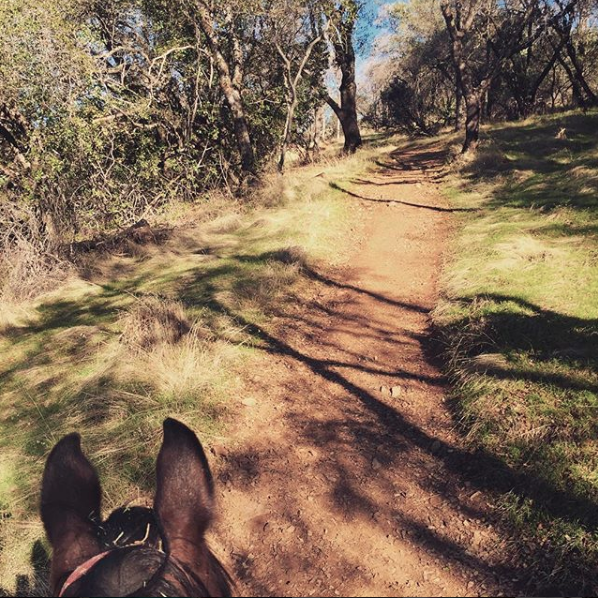 This was Farley’s first official retirement ride and it definitely felt like she was retired. She mostly just wanted to walk. A couple trot steps here and there, but anytime I put some leg on an suggested we get going a little, she made it clear she wanted to walk.

OK. I can respect that. Sometimes we zoom and sometimes we walk, but always we are respectful of each other and there will always be a mash for a horse that has more than paid her dues.

Doesn’t hurt that I’ve gotten used to balanced and smooth-gaited ML. The short stretches of trotting we did do felt like a a freight train off the tracks and bumping down a rocky hill. Holy SHIT. I rode that for hundreds and thousands of miles? No wonder I felt like someone beat me with a 2×4 after every ride.

In the end, the view between the ears wasn’t what I thought it would be that day, but it wasn’t an unwelcome one and I think it turned out just fine.