The riding part of my life has been a small part indeed.

It’s cliche but it seems like life conspires to keep me off of horseback lately. It doesn’t help that I never quite figured out what horses look like in my life post graduation.

Yes, graduation. That thing that happened over four years ago.

Still. Figuring. It. Out.

But, I’ve started to realize that aside from all that, I’m not that excited about endurance right now. My anxiety is higher right now than it’s been in a couple of years and my mind is easier to manage on the ground during a trail run, then it is from the back of the horse on a trail ride. I enjoy vetting rides more than I remember enjoying the rides as a rider.

One of my favorite things is still doing long rides on trails. The problem is that it’s also the hardest to do. Long rides can only happen on weekends now, unless it’s a slow surgery day and I get cancelled (rare). Usually I have time to either do a long run OR a trail ride, so unless I managed to sneak in a long-ish run during the week, the priority has to go to the run.

Here’s what gives me hope.

I still crave long trail miles on the back of a horse.

I suspect that my lack of ambition to do endurance stems more from how impossible it feels right now to even do the regular riding that it would take to do an LD, never mind the longer distances that I truly love.

So, I’m not giving up. I’ll find a way. As far as I can tell, my life right now is not incompatible with horses. The problem is that the pendulum of my life has swung wildly and erratically lately. But, I’m convinced that while horses are the first to be minimized when something goes wrong, when the tick-tock of life resumes a regular rhythm, there will be space for them.

Here’s some current pictures from this week: 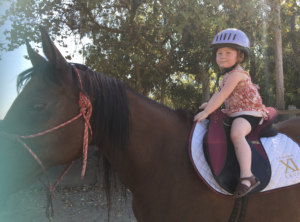 Farley has been doing duty as a retired endurance horse, that works for cookies. 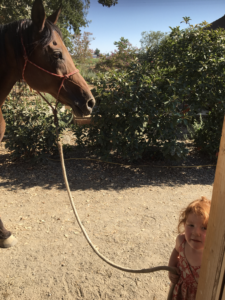 Farley can still bit a bit feisty for me under saddle (she seems to be getting more and more intolerant of what she considers to be unfair as she gets older). She’s not lame but when she trots and moves out at liberty during ground work, she just doesn’t look really really sound to me. A little stiff. She’s twenty. She’s comfortable. She’s rideable sound. She might even be LD sound. But, right now she exists as a horse with no goals so we just take it ride by ride. 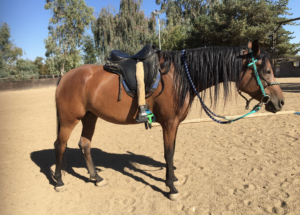 This is MerryLegs. She does not believe in standing sideways and taking a good picture. She believes in giving you her full focus at all times. This is as good as I got. She’s 7 1/2, a good ride, and sweet as apple pie. She’s still a narrow-built horse when viewed from the front, light boned, and her legs aren’t as straight as I prefer. But….she’s a pleasure to ride, wants to work, and loves me like a Golden-Retriever. At this point in my life, I’ll take it. Who knows what we will do? Some days I feel like I’ve failed this horse and she’s being wasted.

Then I remember that I got Farley when she was 8 1/2 years old.

Here are some pics I found this week that I took the week I bought her, 12 years ago. 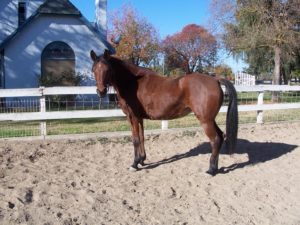 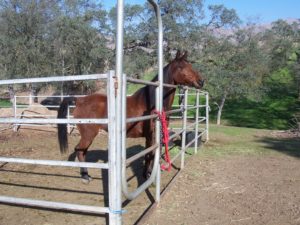 Yeah, she’s kind of cute, but she was narrow, light boned, and sort of fugly too. But she rode well and I liked her personality. She was a year older than MerryLegs, wasn’t as well trained and in a lot of ways more sketchy to ride and handle.

Guess what? We did just fine together. Just Fine. (And now she’s built like a tank)

TKR Merry Go Far, I hope we get that chance, but if not, at least Farley will tell you that when you earn your retirement, it’s full of cookies and little girls. But before then, I can promise a lot of miles, and (probably) a lot of adventures. Likely we have more years ahead of us than behind us. And that is the most encouraging thought of all.

2 Responses to The riding part