Elytes on the breast collar

Rightfully so, one of my Dear Readers asked me to post pictures of my elyte system that was described like this:

1.  Wrap several layers of electrical tape around the syringe and attach it with one “go around” with a tab.  I positioned the syringe to the tip was up, so that the salt didn’t fall out.  Not much sponge water got into it. To use, unwrap, give elytes, and then unwrap tape until you have sticky again…….and reattach.
==> wasn’t  very nice…..

So…..This doesn’t make a lot of sense.  :).  We shall blame it on being in my last week of school, and trying to make complete sentences too soon after a 50….. 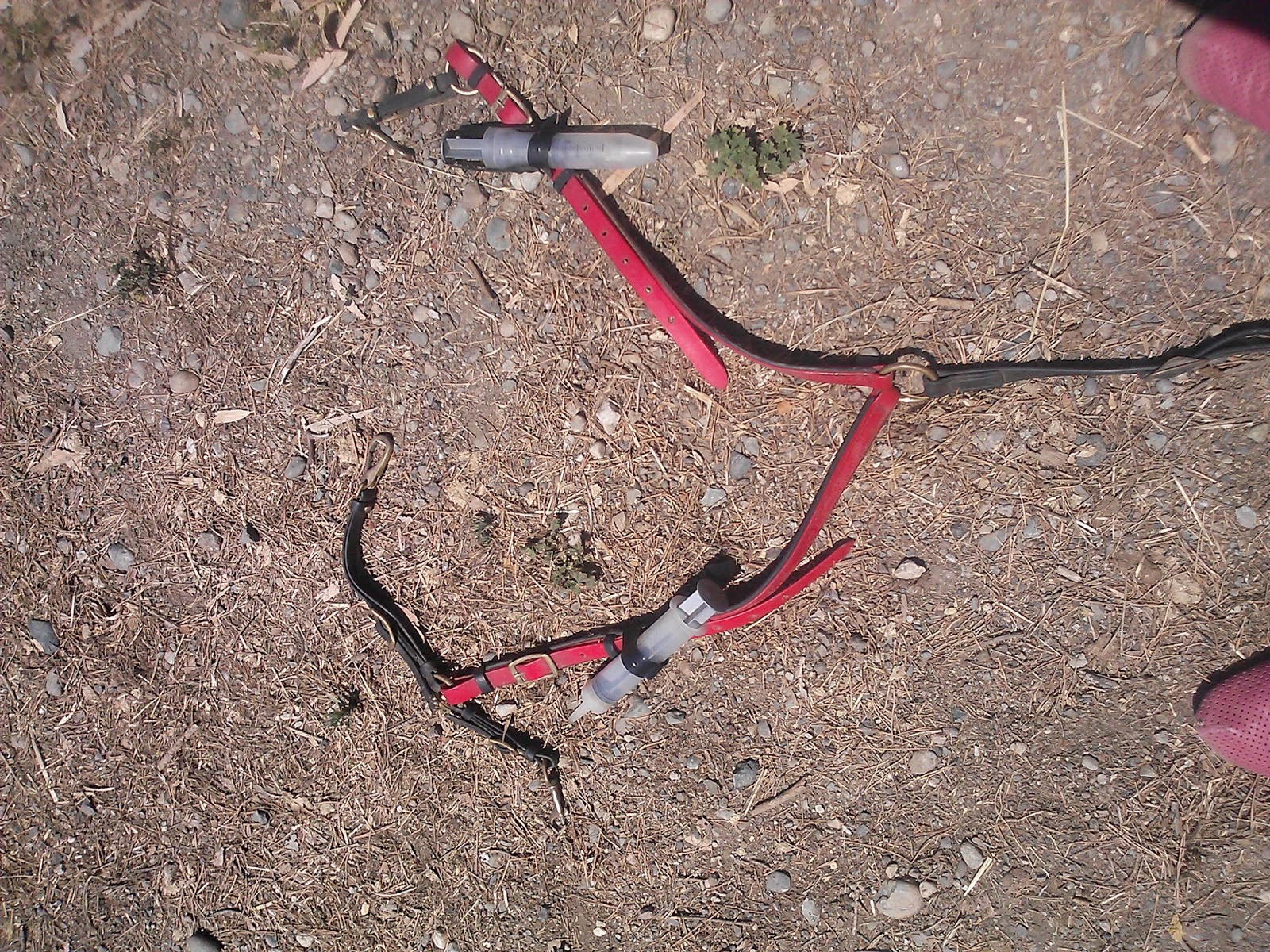 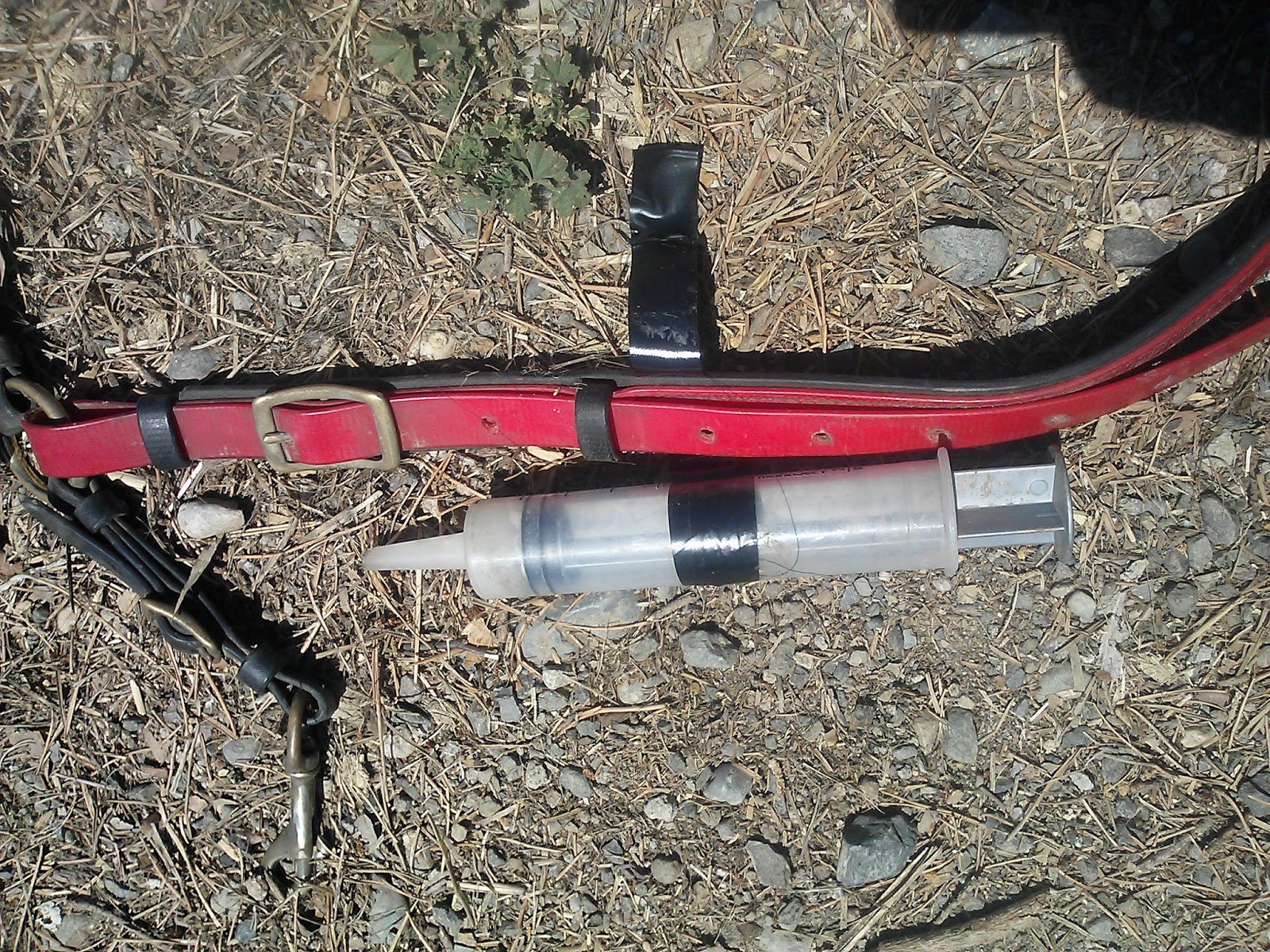 I’ve unwrapped the electrical tape so you can see the set up better.  Note that the syringe is positioned with the tip up.  Another option would be to get wire caps to close up up the tips – but I was out of time and couldn’t find my stash of them, so my tips were open.  If the tips were closed, you could put the tip up or down without having to consider either the elytes being shaken out as you trot, or water getting into the syringe when you sponged.  Some water got into this syringe, but since I administer by sucking water in the syringe anyways, I decided it didn’t matter.

In reality, I never used this syringe during the ride because my second idea worked so much better.  In fact, I wouldn’t have even tried “option 1” if I had been able to find more of my syringe containers to set up this:

2.  Take bottom part of plastic that the syringe comes in.  Tape that with electrical tape to the breast collar.  Put syringe into this holster.  Put a piece of tabbed electrical tape (or perhaps in the future, velcro?) across end and on sides of holster.  Holster filled with some water, but didn’t affect the elytes.
==> worked like a charm! 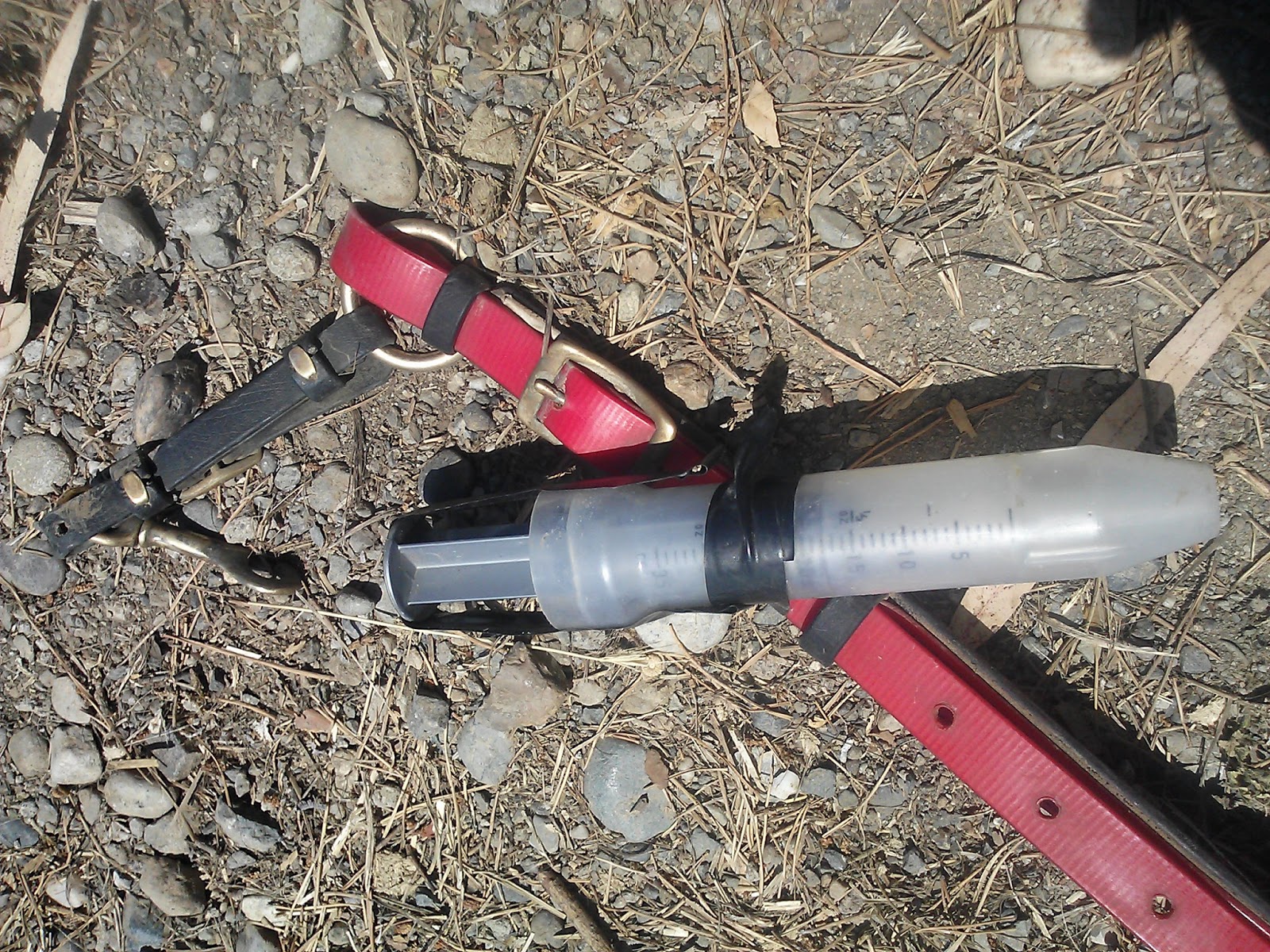 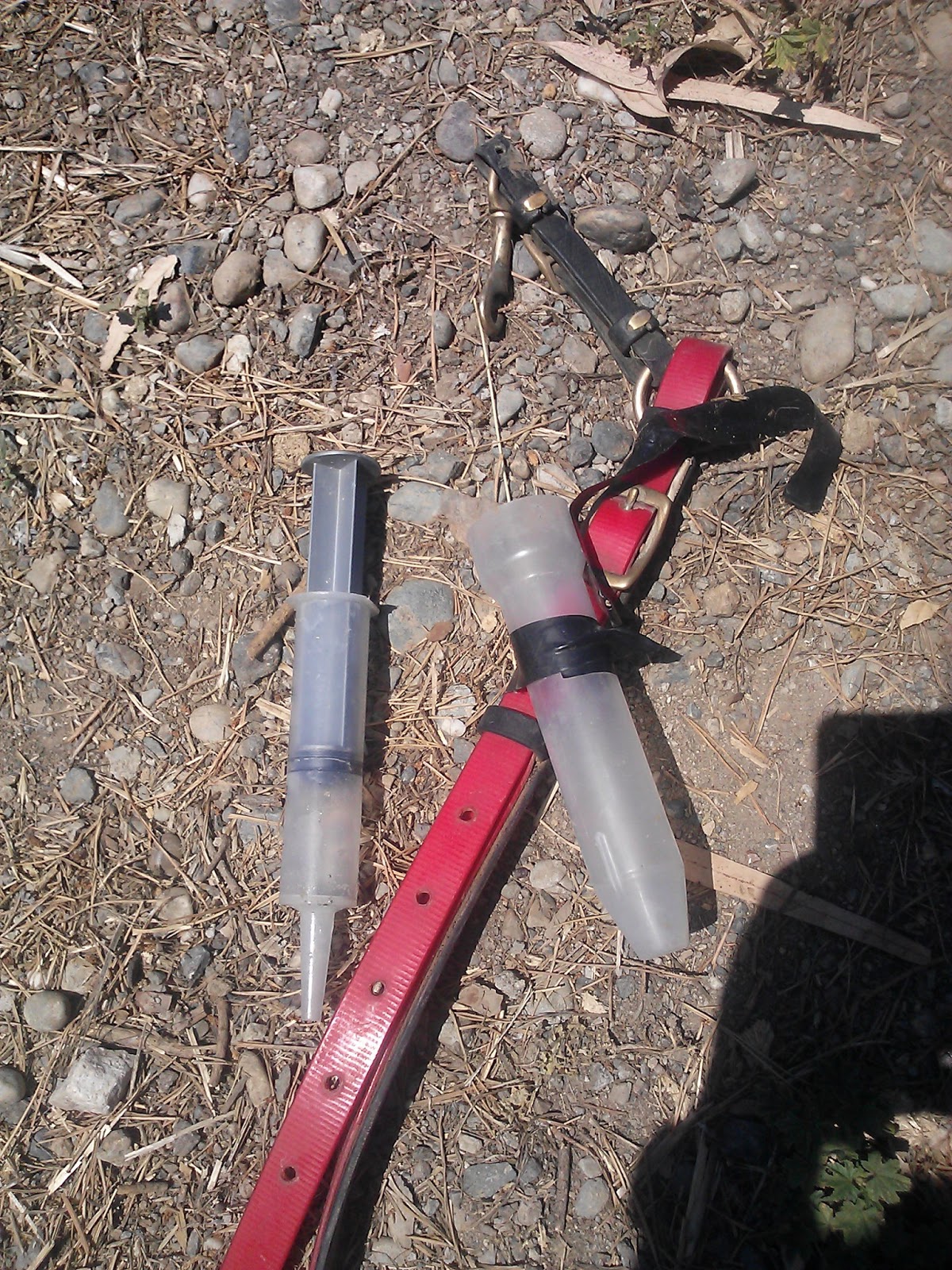 I think that  with the pictures, this is self-explanatory.  Using electrical tape I taped the plastic holder to the breast collar,  I then inserted the syringe into the holster, and used another piece of electrical tape across the top of it to hold it in.

Even with lots of sponging and scooping, there wasn’t a lot of water build up in the plastic holder.  In the future I would be nice to replace the top piece of tape with something more permanent, but I didn’t have any issues with the tape during the ride, even late into the ride after it had been used.

The best part of putting my elytes on the breast collar was not having to dig for syringes in my saddle bag – where they take up room, and have a tendancy to fall out.  They were accessible and easy to get to.

7 Responses to Elytes on the breast collar