It was pointed out that I have been lax in posting Merrylegs pictures. 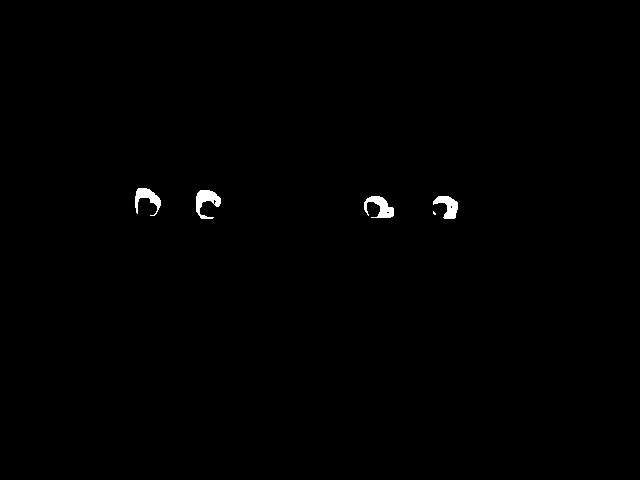 Tonight I went out to the stable and made a point of taking along the camera.

Only to turn it on and find out that somehow the photo card had gotten “write protected”.

Anyways. I put the 2 ponies and saw something interesting.

Merrylegs was first. She practically floats across the ground and even though she pulled some naughty stuff – trying out the giraffe look, various airs above ground – she also got very quickly that when she travelled with her head low she got words of praise and sometimes a stop for scratches.

There’s nothing like a younger star trying to steal the matrons glory.

Farley pounded around the circle – that’s right, pounded. She’s quite the solid mare and she does not travel lightly. Efficiently, yes…but it doesn’t even look comfortable from the ground.

And then there’s her head.

She traveled around the lunge like she has every day I’ve owned her. 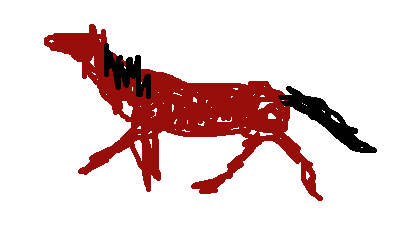 Neck up, head just slightly below horizontal to ground (i drew it horizontal in the picture because my track pad isn’t exactly precise….).

If I put her in side reins she will gladly travel over the top, but left to her own devices, on or off the lunge this is how she “works”.

I tried what I did with Merrylegs – I waited.

And Farley….continued to trot around at a steady pace, being the model citizen (as a side note, the reason she was on the lunge in the first place was that she has NOT been a model citizen, something she apparently has gotten over? sigh).

I’m pretty sure I could have stood at the end of that line for an hour and never gotten a change in posture from her and she would have been bored but trusting her job was to go ever forward never questioning why we were playing such a pointless game.

The difference between Farley and Merrylegs is that ML will try stuff. Naughty stuff, yes….but also good stuff. Farley, confident in her world and how it works ….does not.

Teaching ML to change how she moved around the lunge line took less than 15 minutes and virtually no energy on my part beyond being ready to reward the good.

Getting the same result from Farley with just the lunge would have required a LOT of work on my part – turns and bends and a LOT of interaction. I know from past experience I *can* get her to drop her head and start to travel more “correctly” but it’s a lot of work and I have to sweat. And honestly, since it’s a lesson she knows in the saddle I’m lazy and I tend to work on other stuff with her on the lunge.

Yes, working with a young horse makes me appreciate my (mostly) steady eddy Farley, but there are also times I appreciate the wonderful gift that a young horse is. It’s a do-over where you get to apply everything you learned before. And sometimes, the “holes” present in your older horse are given to you on a silver platter with the young one!  (and that’s a good thing, since I’m sure the young horse will come with her own set of holes and plenty of them for the first couple years).

PS – if you want to see what I’ve been wasting my time on today, check out this link: http://www.athlinks.com/athletes/162656515/Profile

Why *yes* I did go to 4 or 5 seperate running results websites to see who had the most complete profile of all races I’ve ever run, and then spent more time looking up older races that weren’t included in the results and adding them as unofficial races.

Farley has 29 races in 7 years (doesn’t count ride and ties).

I just might catch up to her in the next year or 2!