Having lived through first 48 hours+ and looking pretty stable, we all agreed it was probably safe to buy a weeks worth of drugs and supplies for the next major stage in this process.

Going to oral medications might sound like a minor thing but this new stage is a big deal.

Taking out the catheter means that ML now has the freedom to go outside. My gut says that before she was perhaps sick enough to not really care….but in the last 24 hours I really felt like she needed that extra space mentally without a ceiling and solid walls. The NSAIDs are a necessary evil right now (and she’s been a HUGE doses for the last 1 1/2 weeks) and she’s definitely at risk for ulcers. But perhaps access to the outside beyond the little box will reduce overall stress enough she’ll be OK (but I started her on gastrogard today just in case). 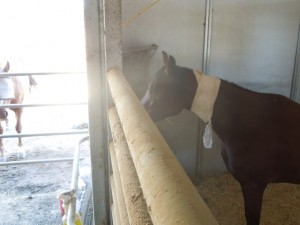 How it used to be 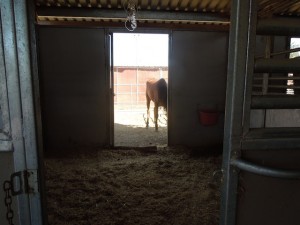 Removing the catheter also means that she’s less at risk for a thromboembolism, which was a huge concern because of how sick she was, even though we tried to minimize that risk by placing an over the wire catheter. 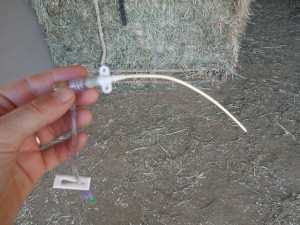 It also means that I don’t have to flush the catheter every 4 hours and can sleep for more than 3 hours at a time, do household chores, and most likely run my 50 miler tomorrow. One more chore of rewrapping the catheter site daily is removed from my list. My life just got a lot simpler. 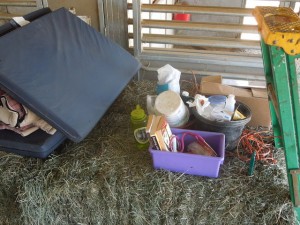 The sleeping bag, ladder, and most of the plastic totes got to be put away, hopefully never to return

There are risks of course. No more IV banamine. We need to avoid poking her veins – sick horses like to develop thromboembolisms if they are poked a lot. So, we are hoping oral banamine is enough to control fevers if they are there. I can’t easily administer fluids if she needs them. But overall, we’ve moved to this next stage because we feel like the benefits outweighed the risks. 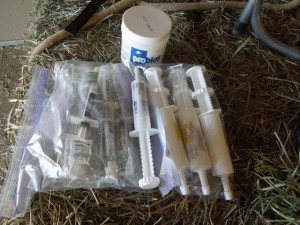 More good news – the pus leaking out of the external abscesses looks….less like pus. More serosanguous and yellow fluid and less thick and off white crap. Only the biggest one is still oozing and I can tell they are healing and itching because of the nice granulation tissue and they itch. There’s 2 or 3 small ones at the bottom of the chain that weren’t there when we lanced that still need to pop open but they look uncomplicated. The swelling is almost gone. 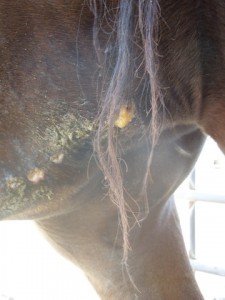 Thank you for all the well wishes and supportive comments. They’ve made a huge difference. 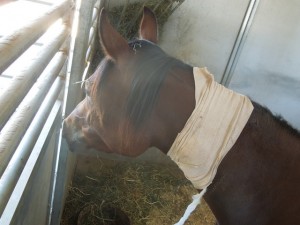