…and loads in a trailer with Mel solo, AND wears a blanket. Read all about it plus more!

She’s a true rockstar and after she blanketed perfectly on Wednesday I decided that the trailering on Saturday wasn’t going to be a big deal and if it was it was *me* not her that was the problem….and on Saturday there was zero drama. Even though it was raining, in the mud, and in a trailer she had never seen before.  We really are going to go down the trail together as partners on a not-so-distant-day aren’t we?

Clarification: she’s gotten in the trailer with just me before, but I’ve never completed the whole thing by myself – loading, shutting dividers and doors, and driving off :). 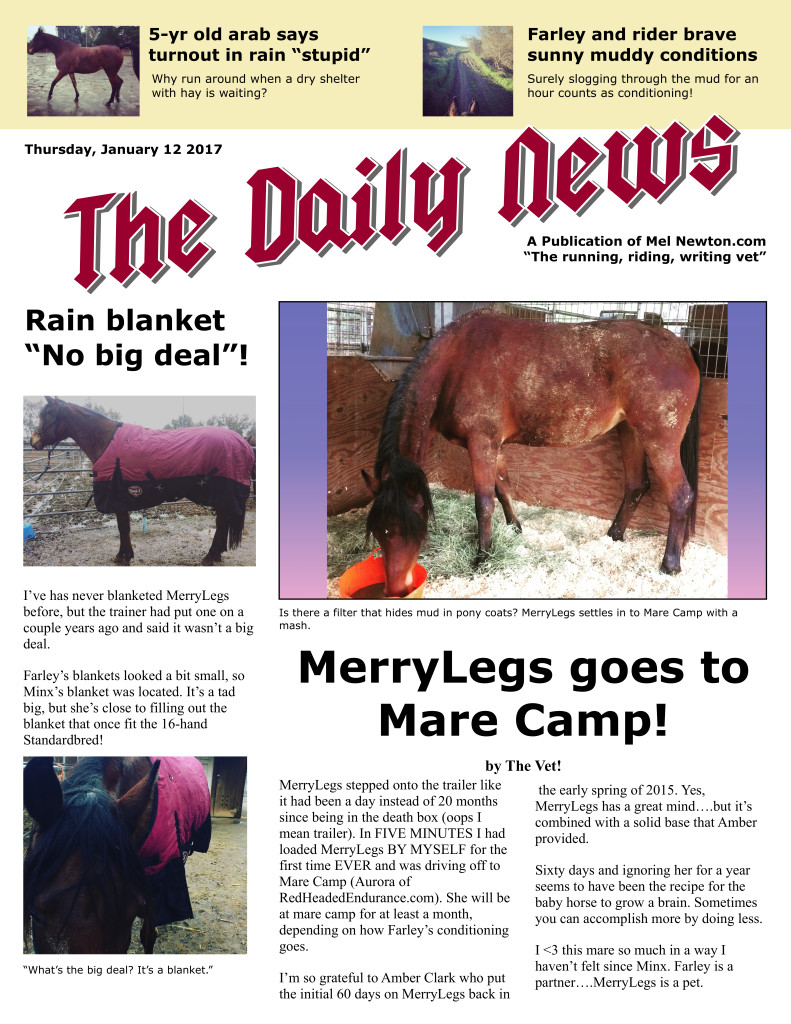