Home » Uncategorized » So what’s next? (and some thoughts about Burn-Out)

So what’s next? (and some thoughts about Burn-Out)

Here is my  biggest take away from Burning River, and it’s important.

I’m really close to burn out in running for the 3rd or 4th time in my life. 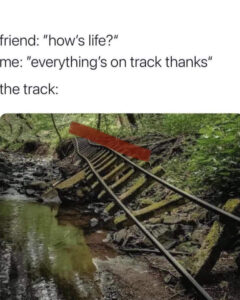 The night I DNF’ed Burning River a good friend and fellow ultra-runner asked me “when you are you signing up for Rio?”

She asked me again after 2 weeks, after the blisters had mostly healed and I would normally be itching for redemption.

No, I’ll not be running Rio a *fourth* time this year just to have a qualifier. 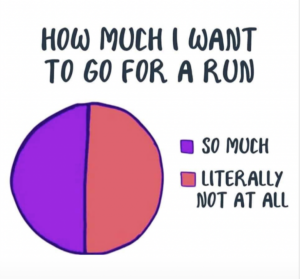 As much as I want to run Western States, I need to get off of the hamster wheel of making sure I get a qualifier every single year for multiple years in a row for chance of getting in.

I’m skipping races and race formats I want to do right now because I’m chasing qualifiers.

I’m tired of gritting my teeth and training (or not) to run races that I don’t really want to do. (Burning River was a race I *DID* want to do, but Rio is not.)

I love the Western States Trail and run on it every chance I get – which because I’m local-ish is quite often. This year, thanks to the thoughtful gift from a friend, I learned that I would be happy if I experienced Western States on an unofficial basis too at the yearly training camps. I’ll train on the trail, sign up for training camp, pace runners, and volunteer for the race.

But, my race schedule each year will no longer be dictated by qualifying for it.

Burning river was a wonderful experience, mostly because the drive to do that particular race was as a social experience with some friends. If I had done it solely as a qualifier, it would have been a disappointment. When I was training for Burning River I knew that it would be my only 100 miler for the season, even if I didn’t say it out loud. There wasn’t going to be a back up this year. I would not be running Rio in November. I had other things I wanted to do the last six months of this year – like open water swim with my tri club, go on family vacations without worrying about my training schedule, and bike a century with my husband. 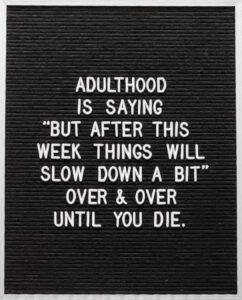 So, without a finish at that race, I’m done. I will not be entered into the lottery for the 4th or 5th straight year (I’m not sure which one it is and no, I don’t actually want to know).

Here’s the really important thing. Without the rat-race of a qualifier, what does running look like? 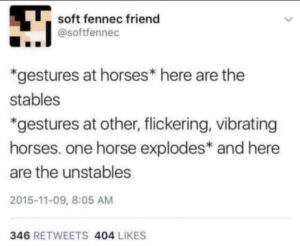 I want to do a bunch of 100ks. I can run 100ks without much specific training which is awesome when my life goes into chaos mode, but I can also train and significantly improve performance too. My base, my brain, and my body likes 100k’s. They are fun! They are still a challenge! You still get to run at night but you are done by midnight! Most of the time you can even drive yourself home!

And I want to run some 50 milers.  I haven’t gotten to do many of these because I’m too busy pushing myself to the limit and there are no 50 milers that are qualifiers. Maybe I want to try a 200 miler? It’s a whole new strategy and it plays to my strengths as a runner. There’s some planning going on right now for a 2022 road trip the Javalina 100 miler (or even the shorter version if I don’t feel up to a 100m!) next year with a friend for her birthday for her come-back ultra post surgery. 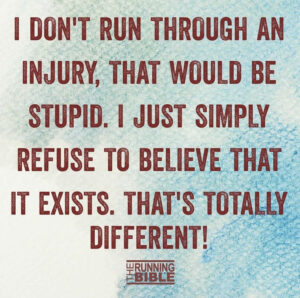 I want to do a bunch of local races with locally owned race companies on a whim, like I did my first year of ultra running. I want to schedule out of state races with friends and see their favorite trails.

I want to have time in my life to do stuff other than running. I want to yoga and strength training a couple times a week because magical stuff happens when I start to do that, but I just don’t have time to do everything if I’m training for a 100 miler every six months. I want to bike ride some centuries with my husband. I want to try some long distance open water swims.

I want to do HIIT run training again 1-2 days a week and not be so tired or sore from long runs on the weekends that I’m tempted to skip them every time. 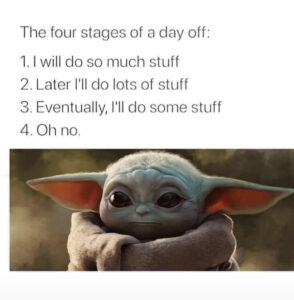 It’s really hard to work through burn out once the water closes over your head. Sometimes you never do (see my horses….*sob*). I’ve worked through burn out in running before and it’s not easy. It would be really nice to see it coming and head it off. This is my chance.

Running is still joyful and wonderful. Running, including 100 miles, still sounds like fun. But, if I continue on the same path that I’m on I can clearly see a future where it isn’t any more.

I don’t want that to happen. So, if letting go of this particular dream and focusing on more immediate satisfaction  (I’ll still enter the lottery with a single year of tickets if I happen to do a qualifier) can help me feel more content and motivated now…then it’s the right choice.

To all my fellow humans that are in the middle of their own burnout episodes (and I know there are quite a few of you from what the social media feeds look like – whether it’s a hobby, a career, or something else), you aren’t alone. Change your goals. Change your sport, experiment with pulling back instead of pushing forward and see what happens.

As for me? I’ve been working on this post for about a week and I’ve been running more and doing different kinds of workouts then before and that’s a *good* sign. Be patient with yourself and even more important, be kind.

Another year, another cheesecake. This one was even more poorly planned than usual. And yes, like usual Fig managed to put her mark in it. No, this year she did not sneak into the fridge and stab her little fingers in it before we even had a chance to cut it (3 years old)….this year it got unceremoniously dumped on the ground on the dirtiest floor in the house. 😜😬. Goops….. 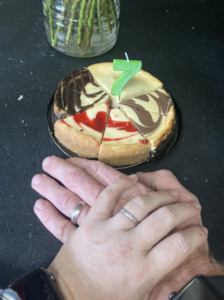 2 Responses to So what’s next? (and some thoughts about Burn-Out)