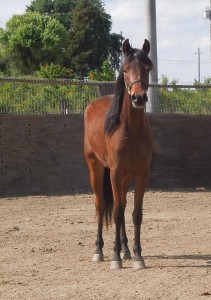 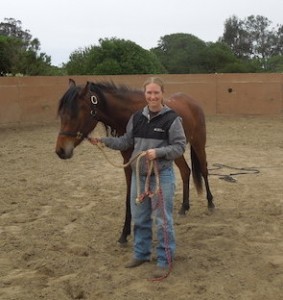 Today was a long road trip over to the Monterey area to pick her up.  Three and half hours there, 4 hours back. 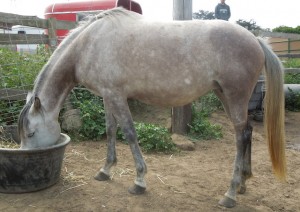 Before heading out, we took some time to walk around and do a meet and greet of some of her horses I’ve only seen in pictures – including Merryleg’s mom shown above. She’s VERY pregnant with Merry’s half sibling :). 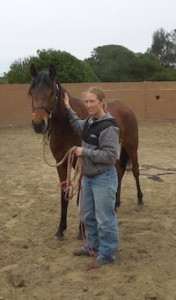 KT* had the trainer she uses do a round pen session with her so I could see what she knew.  I even took a video. There is a mental maturity to her that blows me away. 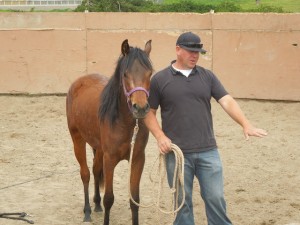 She loaded for the first time ever in a trailer and then traveled like a pro the entire time. 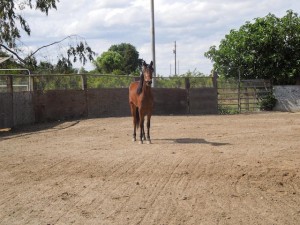 Once we were home I turned her out into the big arena to stretch her legs. 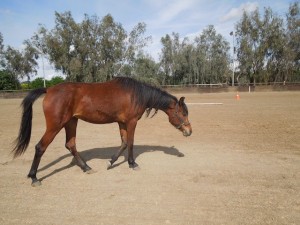 There might come a time when having similar pictures can be boring….but definitely not the first day a new pair of ears comes home! 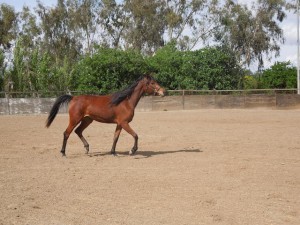 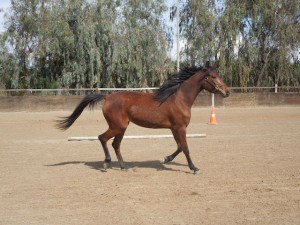 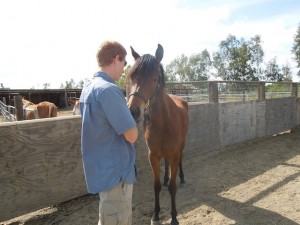 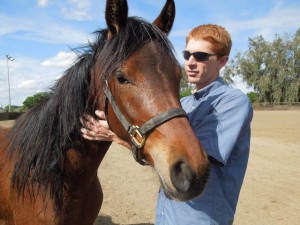 All my animals like Matt best. Except my bird. #lifewithparrot.

In the photo above can you see the grey hairs below her eye on the side of her nose? It looks like shine…but it’s actually a patch of grey hairs. Not enough white to go on her papers as a marking.  Very unique. 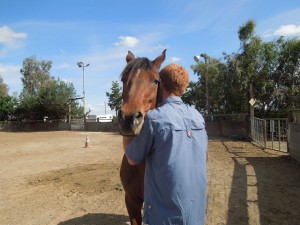 Not to be left out, when I turned Farley out into the arena to see if I could put Merry and Farley in the same pen, Farley ran over to Matt for scratches. 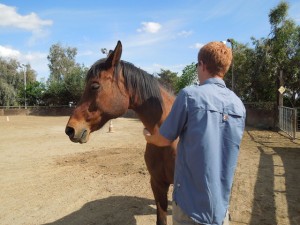 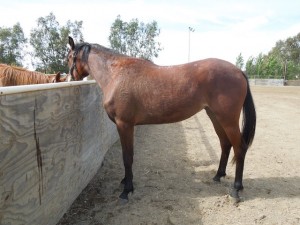 Merrylegs made friends at the water trough. (BTW – if you look closely in this picture, you will see some white patches on her back.  As a yearling she was gnawed on by another horse, and the hair came back white). I was pleased to see that at least at the young age of 2, she does NOT have that instant “squeal and strike” thing going on.  According to KT* Merrylegs was in raging heat last week. 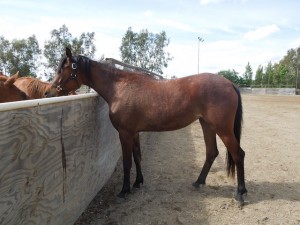 Matt and I spent a lot of time looking at the 2 year old remarking how much her and Farley look alike.

In fact, In these pictures I can only be sure of who is who because Merrylegs is wearing a halter.  Farley has a small star, and Merry’s white patches on her back and grey patch on her face don’t show up well in pictures. 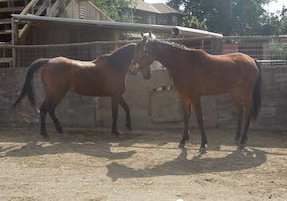 They both seemed adamantly non-confrontational – so much so that is was comical. Eventually I made Farley run around the arena and at least acknowledge the other horse. I’ve never seen Farley so unamused. 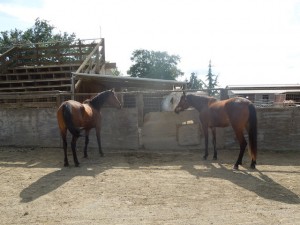 Finally Farley lunged towards Merry with teeth bared and I had my answer of where everyone would be sleeping tonight and put them in separate pens.

Eventually they will go together in a double – that way they both have more room to move around. This week I’ll turn them out together regularly and see how it goes!